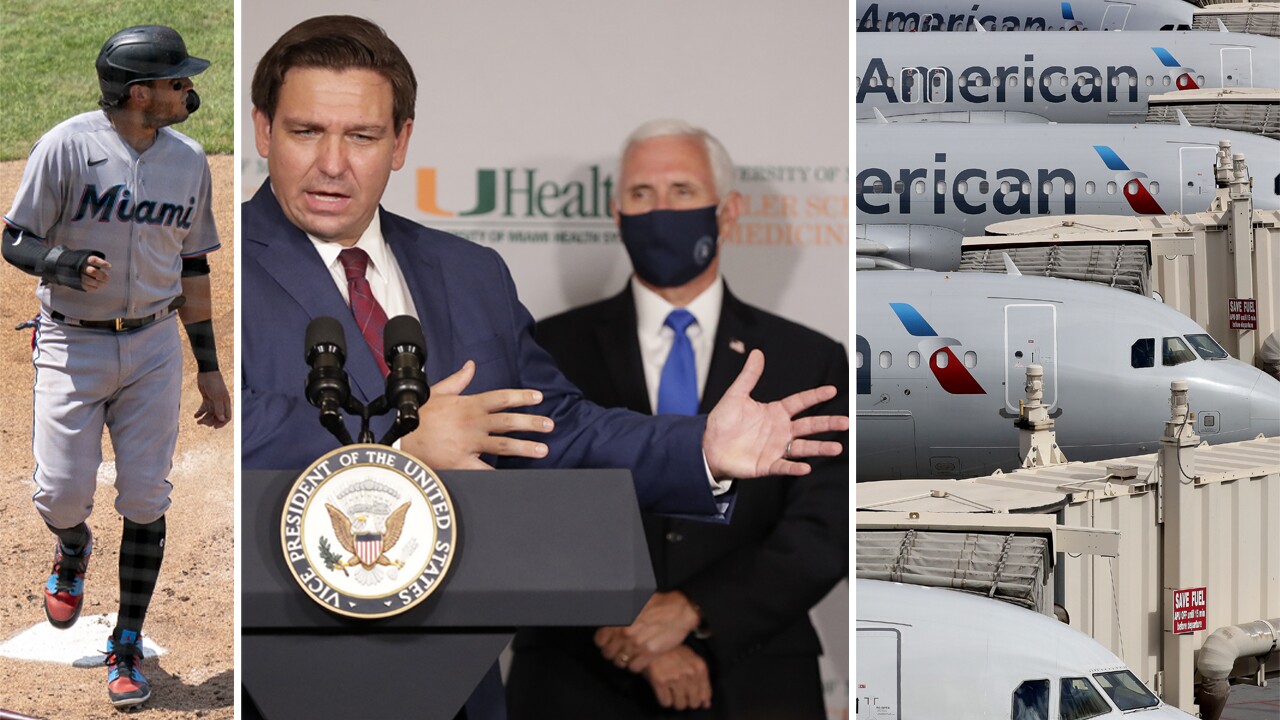 Since the first two deaths were announced on March 6, the toll has climbed to 5,931. Nonresidents remained at 118 with a total death count of 6,049.

Deaths have hit triple digits all within the past few weeks.

Pence is at the University of Miami's Don Soffer Clinical Research Center Monday afternoon to participate in a roundtable with Gov. Ron DeSantis, university leaders and researchers on the progress of a vaccine.

Pence said $10 billion in funding has been secured for "Operation Warp Speed," the name the Trump administration has given to the search for an effective vaccine.

3. Learning from the Marlins? NFL cancels preseason
The Miami Marlins' home opener Monday night against Baltimore has been postponed as the Marlins deal with a coronavirus outbreak that stranded them in Philadelphia.

The NFL announced Monday evening that it has officially canceled its entire preseason schedule as the league prepares for the start of training camp.

The announcement comes after the league and players reached an agreement late last week on health and safety procedures amid the COVID-19 pandemic.

4. We've had one stimulus, yes, but what about second stimulus?
Republicans and Democrats seem to concur on a second round of stimulus checks in August, but legislation still lacks agreement.

The act will also include a supplement for unemployment, which ran out last week, but there is still a disagreement on how much this supplement should be. President Donald Trump and some Congressional Republicans complained that the supplement gave an incentive to lower income employees to not return to work.

A majority of the House of Representatives is on record supporting another $32 billion to help airlines pay their workers through next March.

Notre Dame follows the University of Michigan in opting not to host a debate. The Oct. 15 debate that was originally scheduled to be held in Ann Arbor, Michigan, will be held in Miami instead.

This year's debates, sponsored by the Commission on Presidential Debates, are:

Today's Forecast
High pressure and Saharan Dust will once again be the main features today. While some storms are expected along the TC and over the interior, not much rain for coastal PBC.

On This Day In History
On July 28 1868, Following its ratification by the necessary three-quarters of U.S. states, the 14th Amendment, granting citizenship to all persons born or naturalized in the United States—including formerly enslaved people—is officially adopted into the U.S. Constitution.