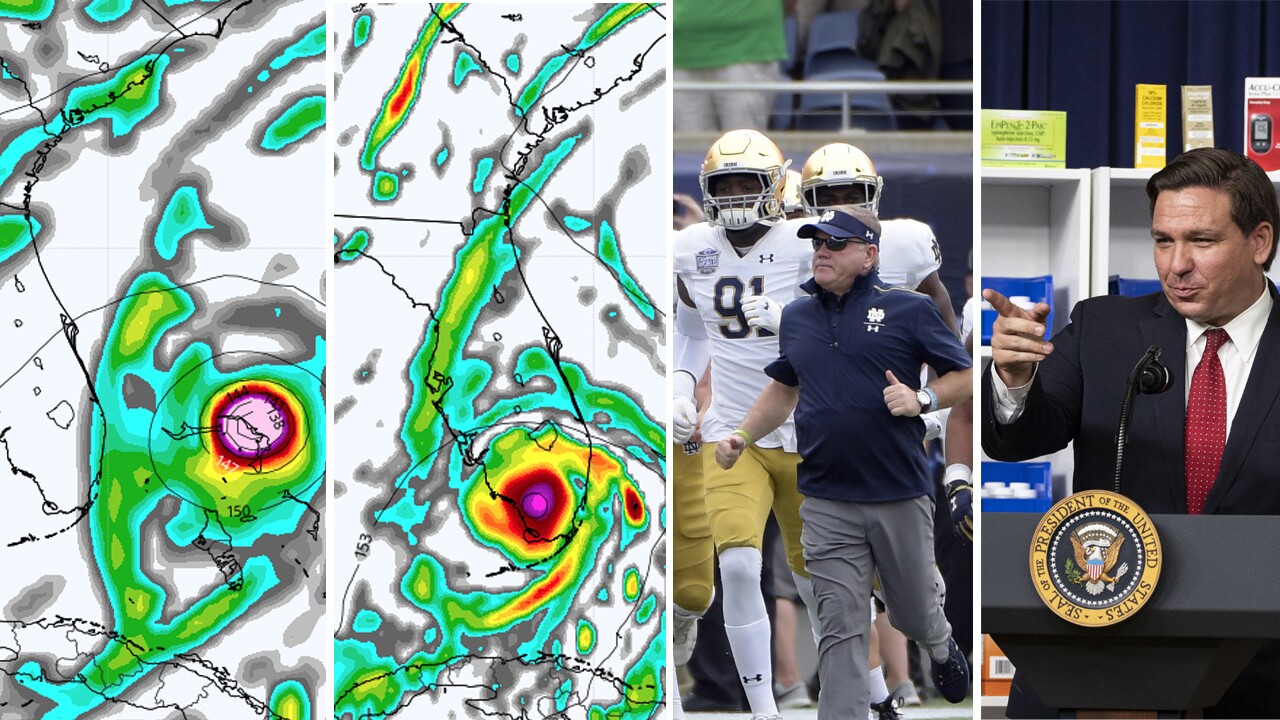 There are two current scenarios. The first is Isaias follows the the European model which brings the center of the storm onshore into South Florida and then west of us.

Isaias follows the American model (and the HWRF) and stays off to our east.

2. Halt on evictions for Florida tenants extends through Sept. 1
As many Floridians feared getting kicked out of their homes, Governor Ron DeSantis once again extended his suspension on evictions.

The pandemic caused record-breaking unemployment in the state, leaving many renters unable to pay their landlords.

3. Will college football happen? It will look differently if it does
The Atlantic Coast Conference announced Wednesday that it will play a truncated 11-game football schedule this season, including 10 conference games.

Notre Dame will also a play a 10-game ACC schedule and be eligible to compete for the conference championship -- for the 2020 season only.

All nonconference games must be played within the home state of the ACC institution, meaning that traditional rivalries like Florida-Florida State could still be played, provided the Southeastern Conference allows it.

5. Is the party over? SunFest reduces full-time staff
SunFest has reduced its full-time staff and dissolved its marketing department according to three sources obtained by WPTV NewsChannel 5's Taste and See South Florida.

The layoffs add to the uncertainty if the annual waterfront music festival will be held in 2021.

In March, the waterfront festival canceled the 2020 festival due to the City of West Palm Beach's COVID-19 quarantine orders. Compounding to loss caused by severe storms and rain at the previous two years at SunFest.

This afternoon, hot and humid with highs in the low 90s and the heat index in around 100 degrees.

On This Day In History
On July 30, 1965, President Lyndon B. Johnson signs Medicare, a health insurance program for elderly Americans, into law. At the bill-signing ceremony, which took place at the Truman Library in Independence, Missouri, former President Harry Truman was enrolled as Medicare’s first beneficiary and received the first Medicare card.