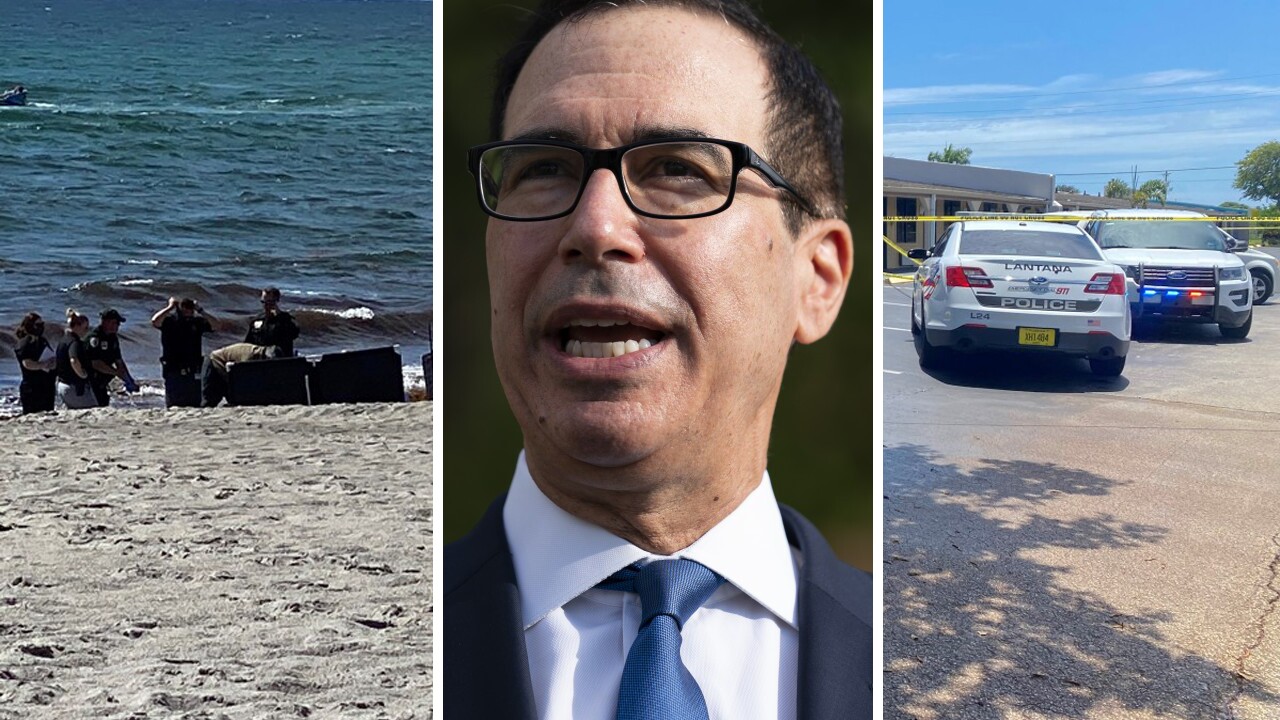 Friends and co-workers of the victim said they all worked together at a club in West Palm Beach and said she had young children whose lives will never be the same. A suspect in the shooting hasn't been identified.

The Palm Beach County Sheriff's Office is trying to determine the identity of a body that was spotted floating in the water Sunday morning near Boca Inlet Park.

2. Hurricane season continues with another possible storm gaining strength
Hurricane Douglas is coming within “razor thin” distance of the Hawaiian Islands. But the storm spared Hawaii the worst of the strong winds, storm surge and flooding that officials had warned about.

Hurricane Hanna's charge across the borderland of South Texas and northeastern Mexico is continuing with drenching rains even as strong winds slow.Tropical Storm Gonzalo moved through the southern Windward Islands and is weakening.

We're still watching a tropical wave in the Atlantic. It has a very high chance of becoming a tropical depression or storm over the next several days. If it gets a name it will be Isaiah.

A processional with Lewis’ casket was carried across the Selma bridge where he and other civil rights marchers were beaten 55 years ago on “Bloody Sunday,” a key event in the fight for voting rights for African Americans.

4. 9-year-old Florida girl who died of COVID-19 had no underlying health issues
Florida has recorded its youngest death from COVID-19, a 9-year-old girl.

Kimora Lynum died last Saturday. Relatives say Kimmie was taken to the hospital for treatment, but was sent home. The child collapsed a short time later and died after her heart failed.

Her family says Kimmie had no underlying health conditions when she developed a very high fever.

5. Another round of stimulus checks? Mnuchin says yes, but Congress hasn't weighed in
Treasury Secretary Steven Mnuchin says Republicans are set to roll out the next COVID-19 aid package on Monday.

Mnuchin told reporters at the Capitol that extending an expiring unemployment benefit — but reducing it substantially — is a top priority for Trump. He called the $600 weekly aid “ridiculous” and a disincentive for people to go back to work.

Mnuchin also said a fresh round of $1,200 stimulus checks would be coming in August.

On This Day In History
On July 27, 1981, 6-year-old Adam John Walsh is abducted from a mall in Hollywood, Florida, and later found murdered. In the aftermath of the crime, Adam’s father, John Walsh, became a leading victims’ rights activist and host of the long-running television show America’s Most Wanted.