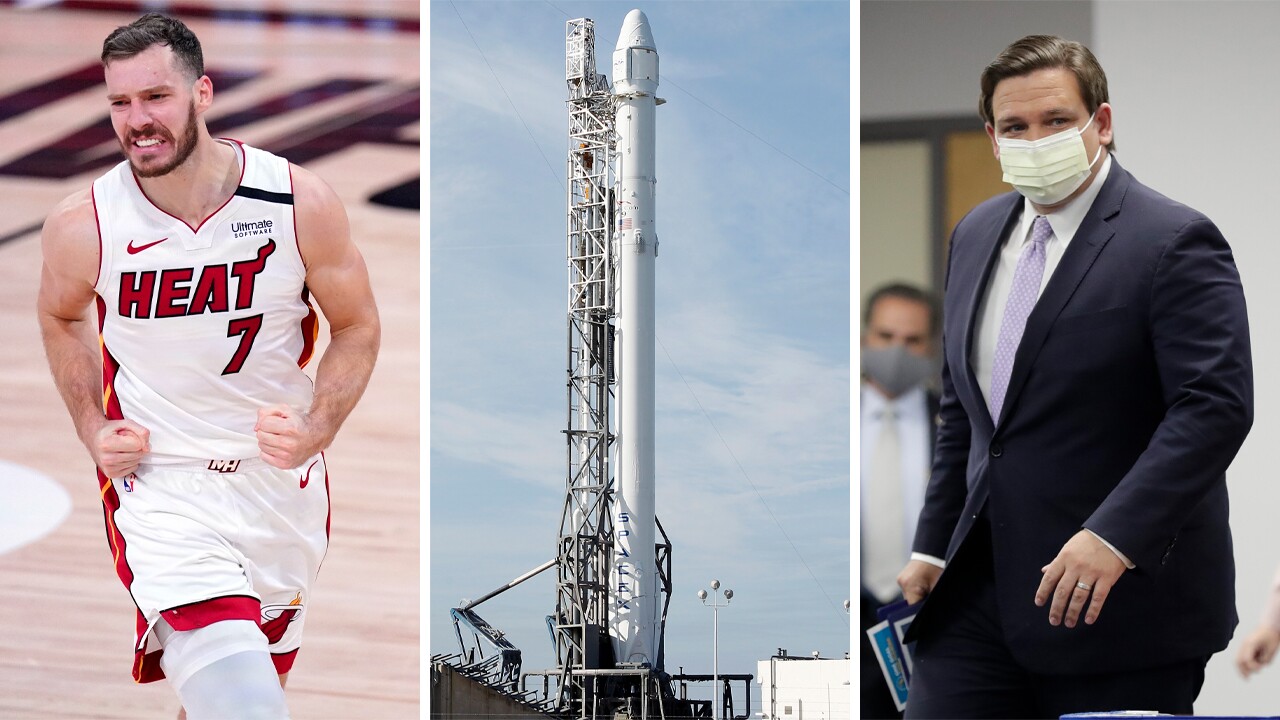 1. Heating up! It's not just about the weather
Fall is just four days away, but Florida didn't get the memo. Today will be hot and humid highs in the low 90s and heat index values in the triple digits, but that's not the Heat people are talking about.

The Miami Heat pulled off another comeback to beat the Boston Celtics 106-101 and take a 2-0 lead in the Eastern Conference Finals Thursday night.

The next game is Saturday night.

Heat do it again, rally past Celtics for 2-0 lead

Florida's newly reported deaths increased by a U.S.-high 147, the third day in a row of triple digits.

3. Lawsuit: All Saints Catholic School failed to protect student from sexual abuse in classroom
A lawsuit has been filed against All Saints Catholic School and the Diocese of Palm Beach, alleging that the school failed to protect an 11-year-old girl from repeated sexual abuse by another student in an unsupervised classroom on campus.

The lawsuit names principal Jill Broz, claiming that she not only failed to protect the student, but engaged in a campaign of victim shaming that caused the child severe emotional distress.

According to the complaint, after law enforcement and school officials were notified, Broz took no action to protect the girl from the other student and required her "to write an essay confessing to her maladaptive social behaviors, which included her own recognition that her actions were induced by the abuses she had suffered."

4. Houston, we have a problem. SpaceX scrubs launch for yesterday and today
SpaceX scrubbed Thursday's launch of a Falcon 9 rocket from the Kennedy Space Center. They were set to try again on Friday, but that too has been scrubbed.

SpaceX said Thursday's launch was scrubbed due to a recovery issue. SpaceX will not try to launch on Friday, the next available opportunity, because of expected bad weather in the recovery zone.

A new target launch date has not yet been announced.

An Alabama woman says Sally brought more than strong winds and heavy rains to her area, it brought an 11 foot alligator.

Today's Forecast
Hot and humid highs in the low 90s and heat index values in the triple digits.

On This Day In History
On September 18, 1793, George Washington lays the cornerstone to the United States Capitol building, the home of the legislative branch of American government.

The building would take nearly a century to complete, as architects came and went, the British set fire to it and it was called into use during the Civil War.

Today, the Capitol building, with its famous cast-iron dome and important collection of American art, is part of the Capitol Complex, which includes six Congressional office buildings and three Library of Congress buildings, all developed in the 19th and 20th centuries.