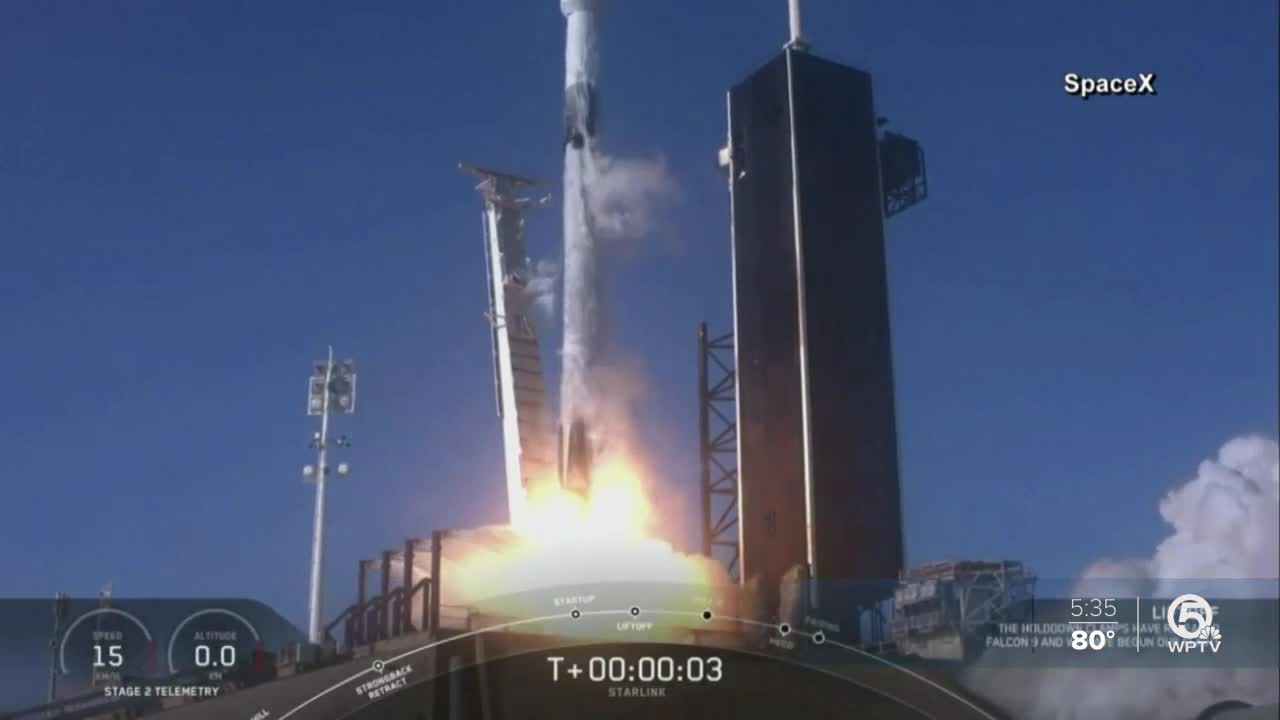 SpaceX scrubbed Thursday's and Friday's launch of a Falcon 9 rocket from the Kennedy Space Center.

CAPE CANAVERAL, Fla. — SpaceX scrubbed Thursday's launch of a Falcon 9 rocket from the Kennedy Space Center. They were set to try again on Friday, but that too has been scrubbed.

In a tweet just after 2 p.m., SpaceX said it's "standing down from today's Starlink launch due to recovery issue; vehicle and payload remain healthy."

Standing down from today's Starlink launch due to recovery issue; vehicle and payload remain healthy. Next launch opportunity is tomorrow, September 18 at 1:57 p.m. EDT, but we are keeping an eye on weather

SpaceX will not try to launch on Friday, the next available opportunity, because of expected bad weather in the recovery zone, the company added in another Thursday tweet.

Standing down from tomorrow’s launch of Starlink due to severe weather in the recovery area, which is likely to persist for a couple days. Will announce a new target launch date once confirmed

A new target launch date has not yet been announced.

The Falcon 9 rocket will carry Starlink communication satellites into orbit.

Upon success of this mission, SpaceX will have close to 800 Starlink satellites in low-Earth orbit, a significant step as the aerospace company aims to begin public beta testing in North America for the internet constellation later this year.

The ultimate goal is to have tens of thousands of Starlinks providing internet connection to those living in rural, underserved communities around the world, and to also help fund CEO Elon Musk's dream of sending humans to live on Mars.