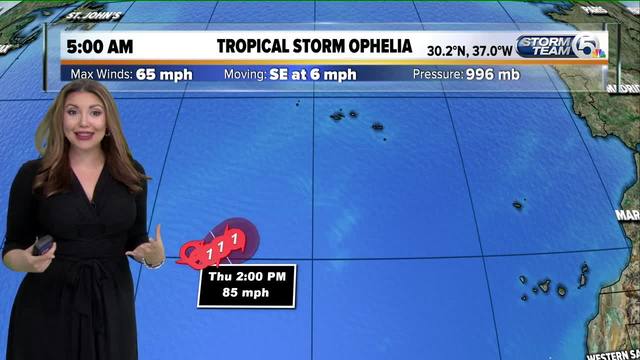 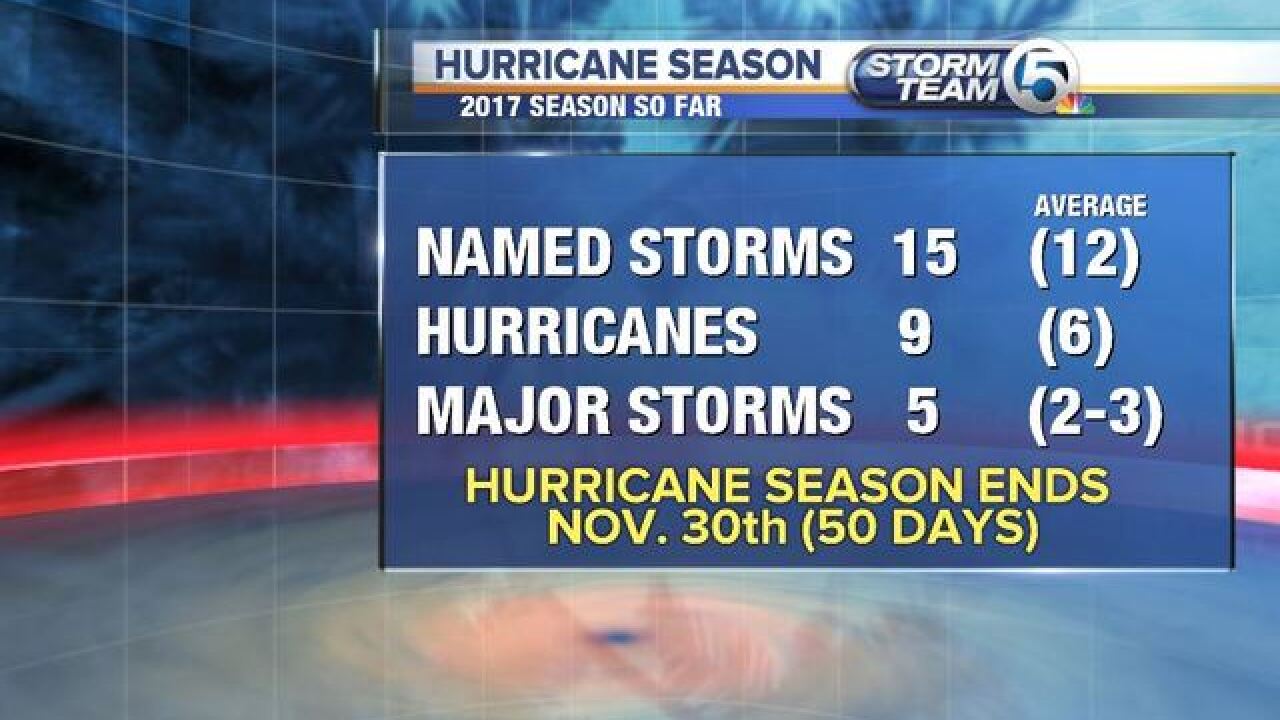 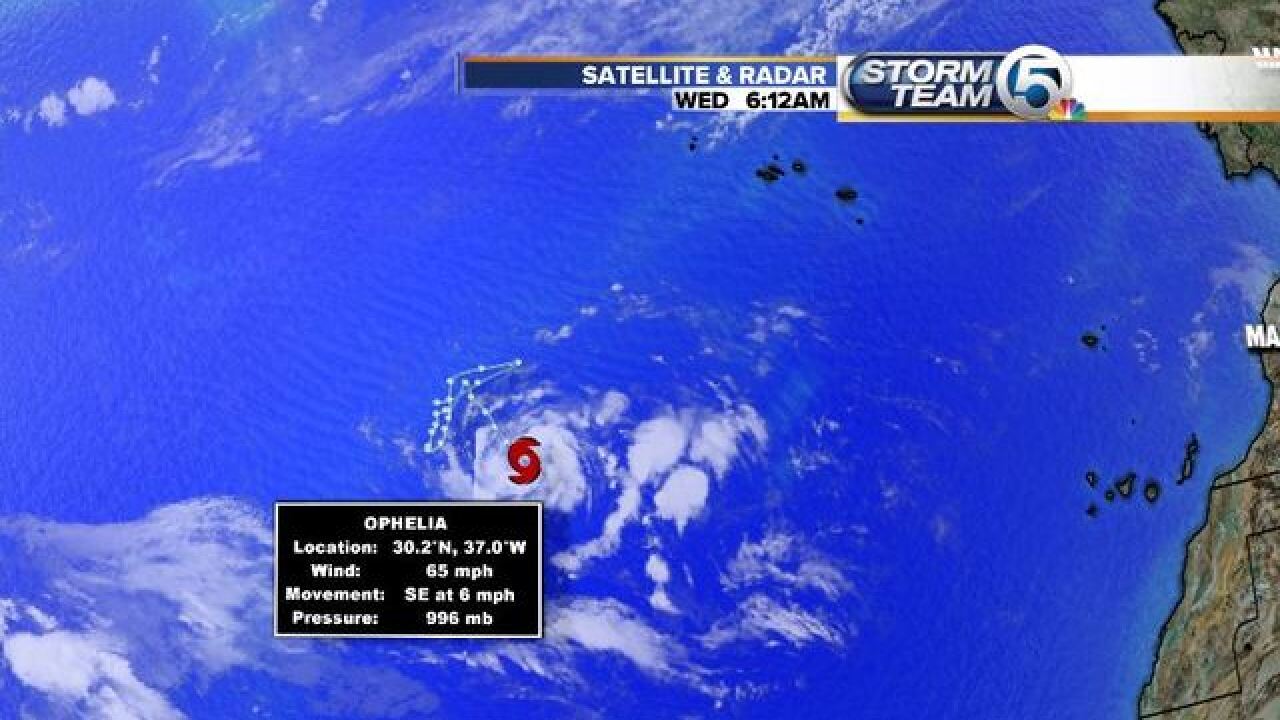 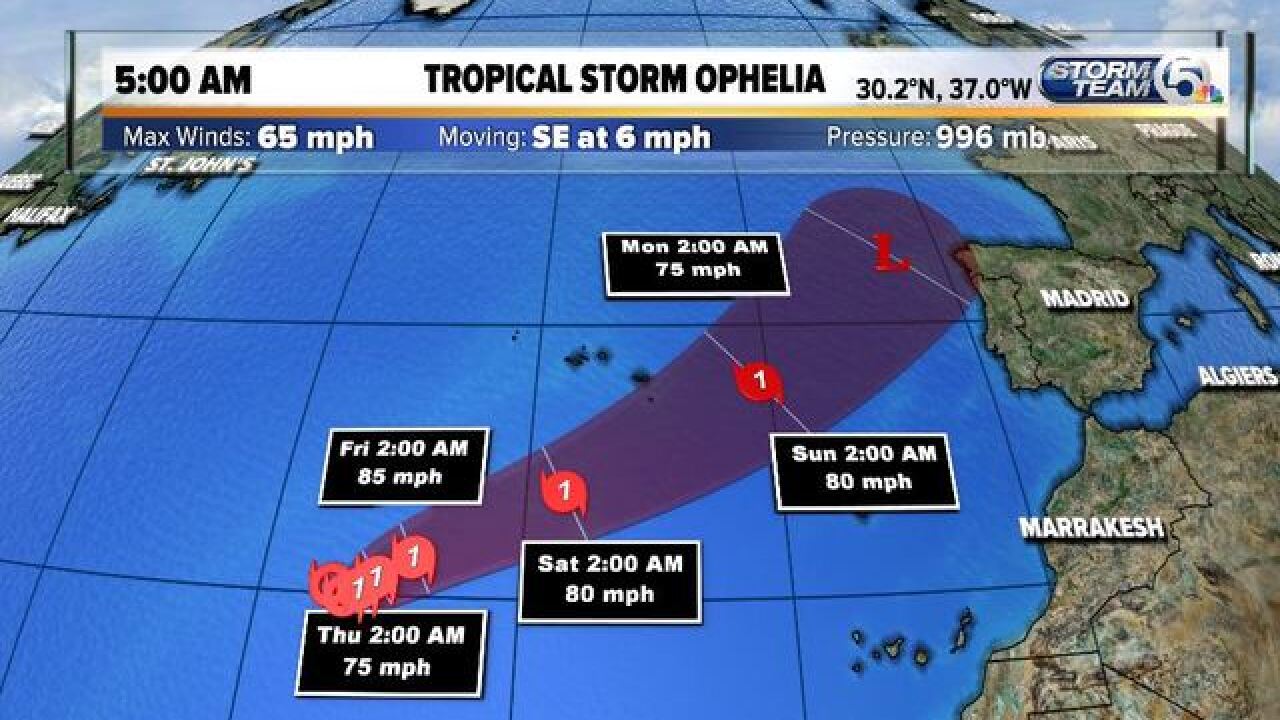 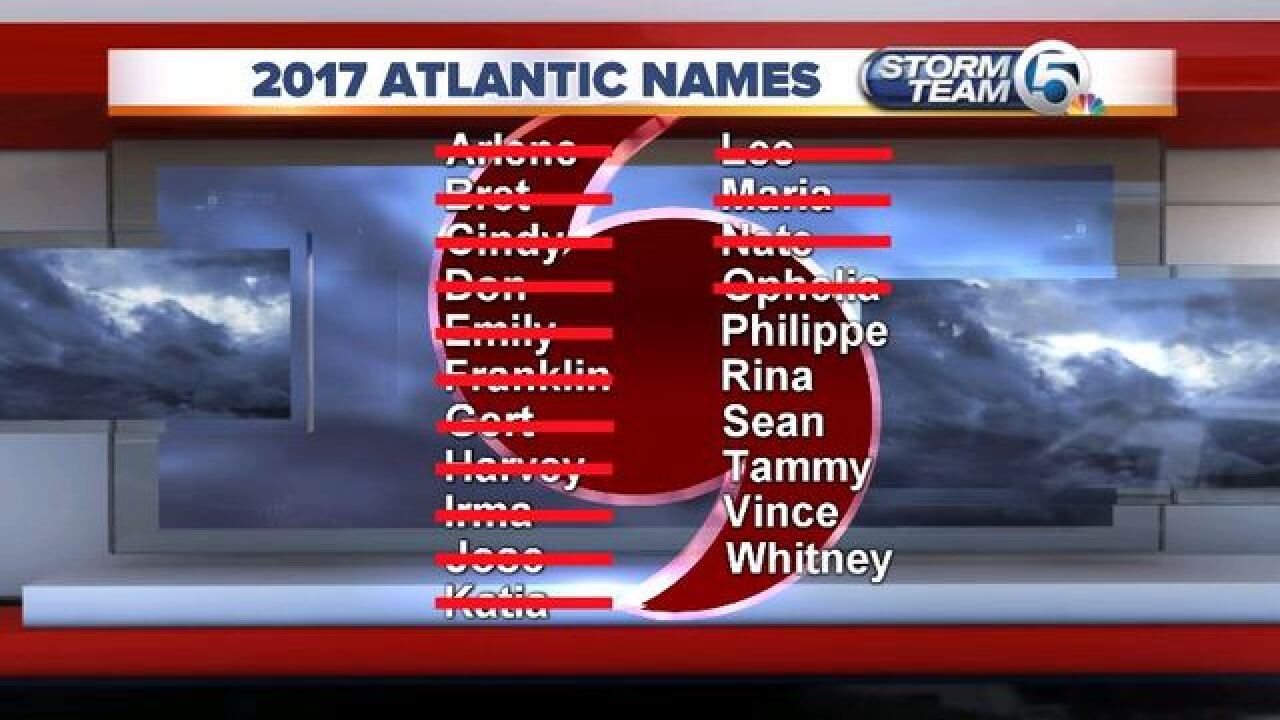 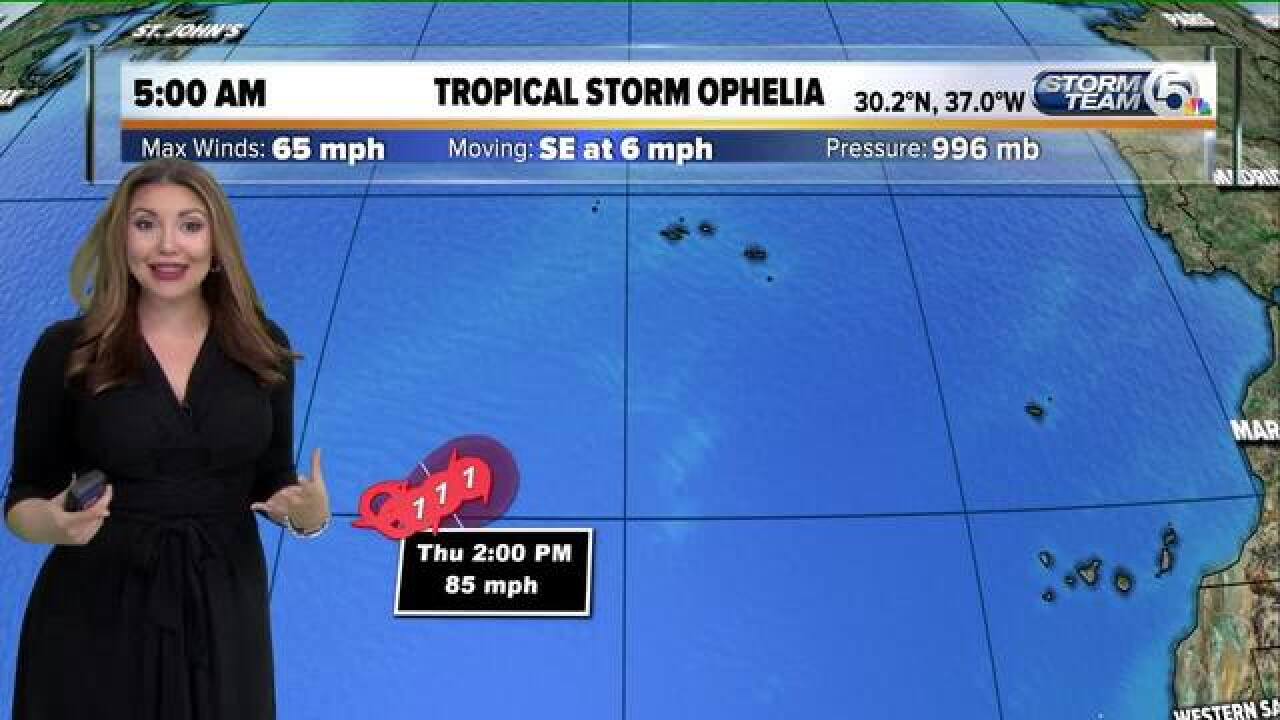 As of the 5am update from the National Hurricane Center Tropical Storm Ophelia is spinning away in the north Atlantic as the 15th named storm of this hurricane season.

Ophelia is forecast to strengthen to a category 1 hurricane Thursday as it moves toward Portugal and Spain. If Ophelia is able to reach hurricane status it will be the 10th consecutive named storm to become a hurricane. That will tie a record of consecutive hurricanes set back in the late 1800s.

This season has already been above average in all three categories, named storms, hurricanes and major hurricanes.

The season typically begins to wind down after mid-October so hopefully we won't be adding to these numbers and seeing any storms named Philippe.