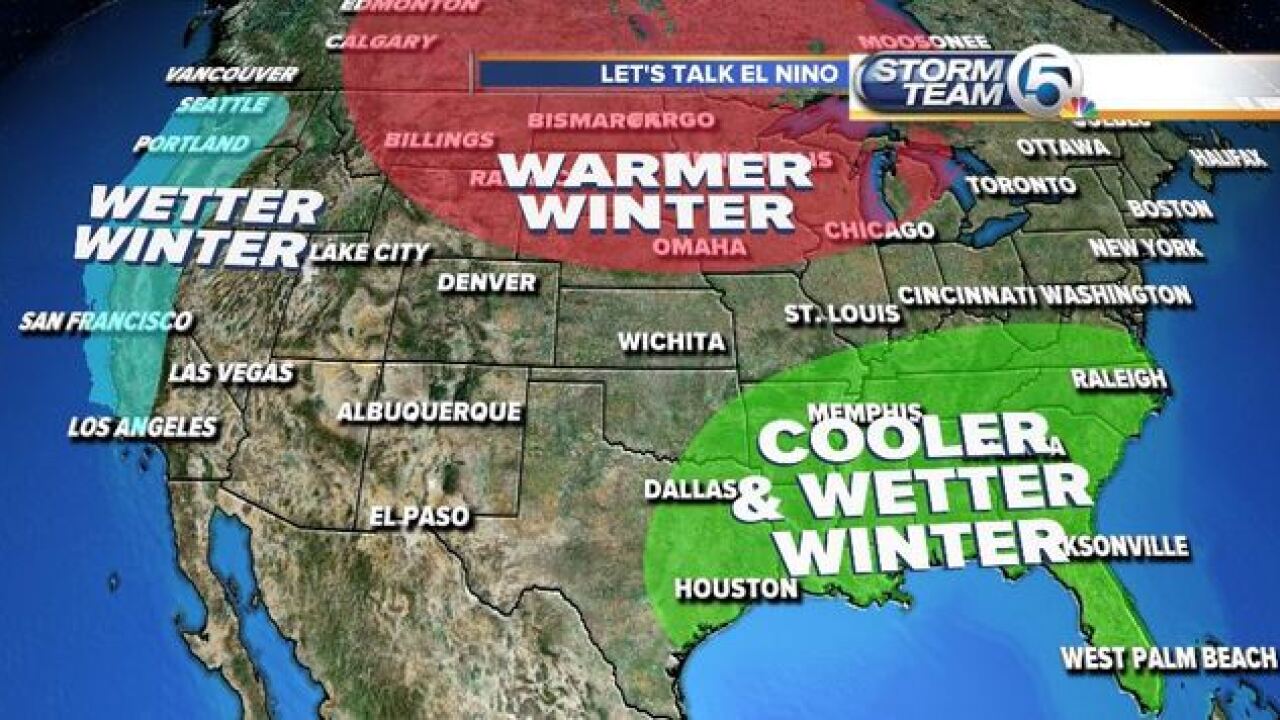 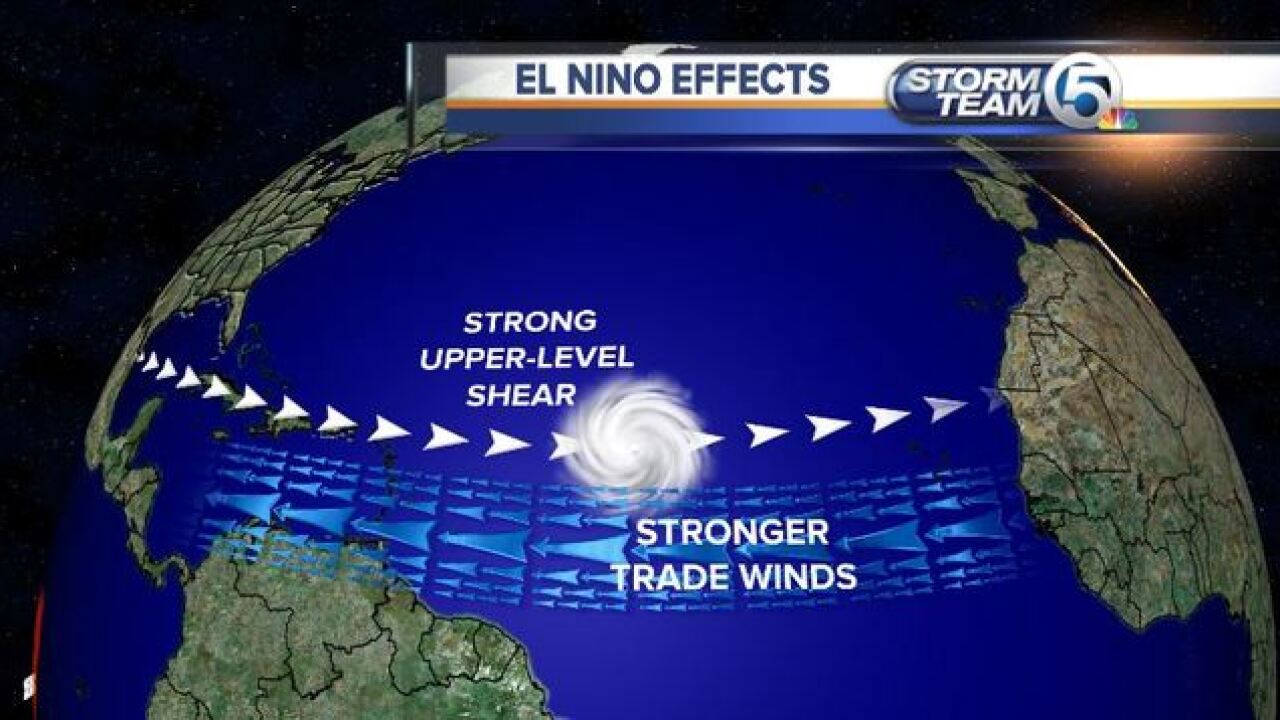 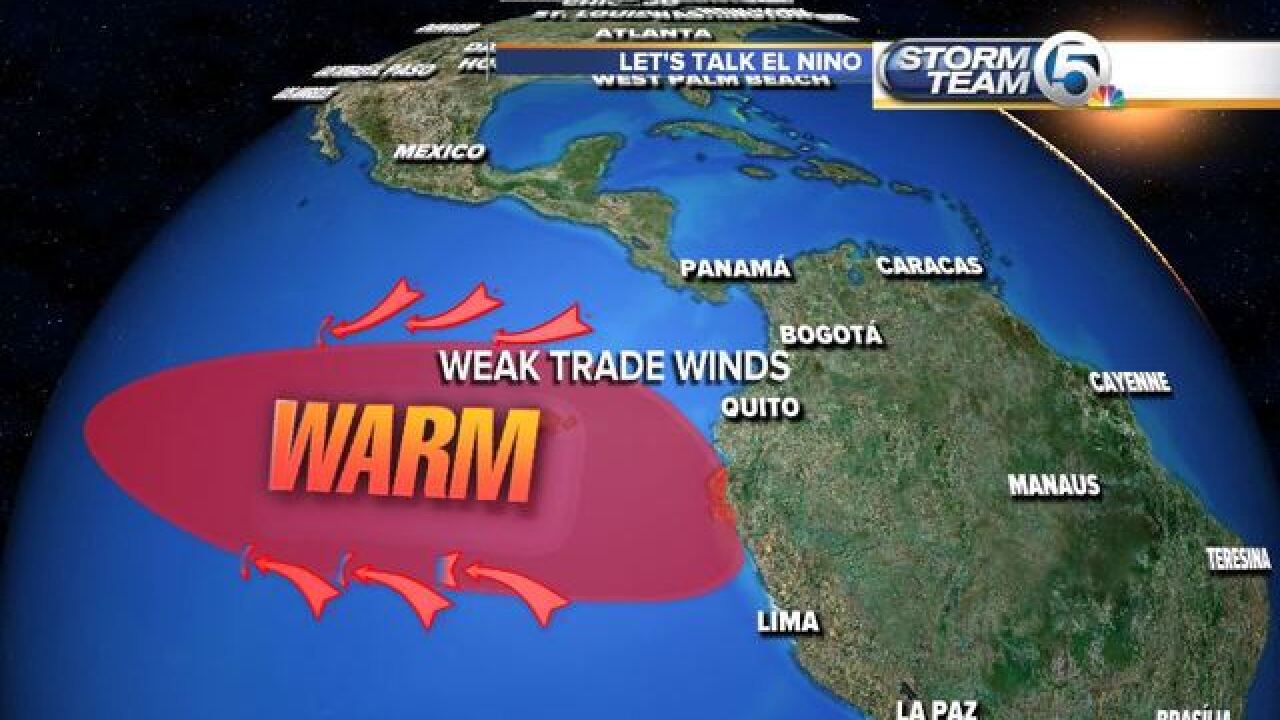 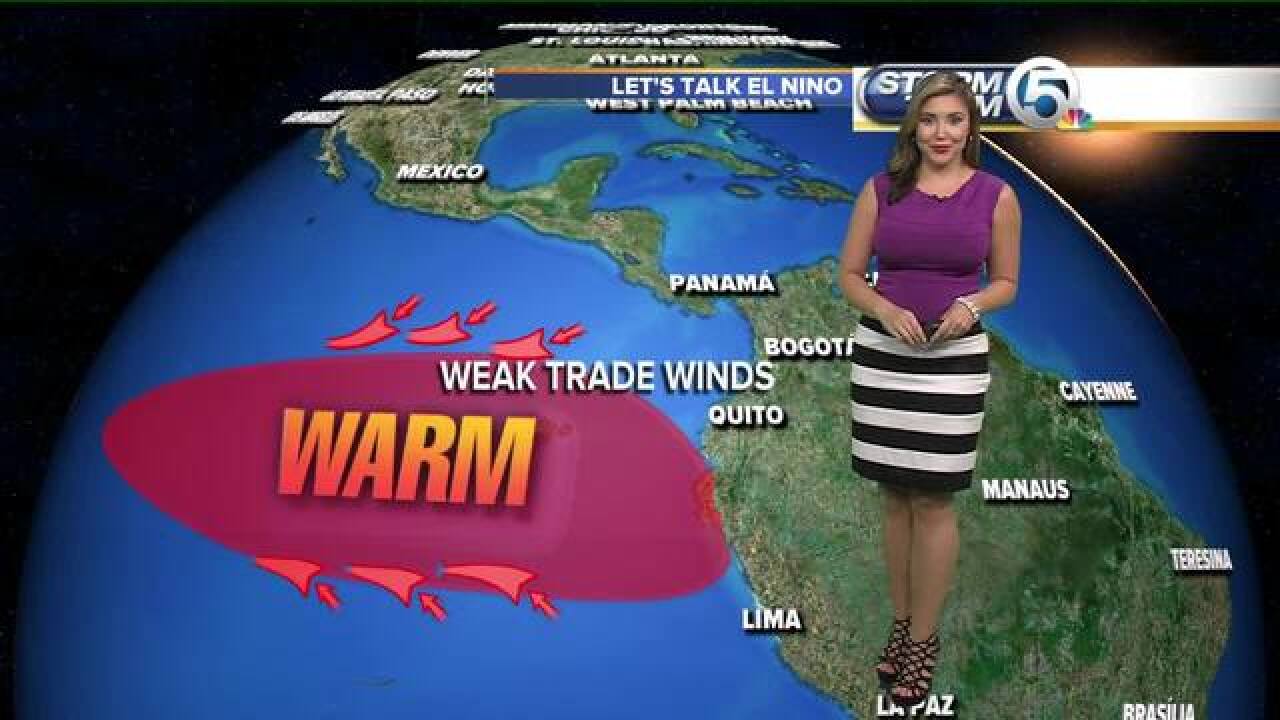 El Nino can be a confusing subject. We hear the name thrown around for so many different aspects of weather, floods, strong storms, lack of hurricanes...the list goes on and on. So what exactly is this phenomenon?

El Nino is part of an alternating climate pattern that affects sea surface temperatures and wind patterns in the equatorial Pacific Ocean. El Nino usually starts to show up during the spring months and reaches its peak during the late fall or winter.

Every 3-7 years easterly trade winds in the tropical Pacific weaken, and sometimes even reverse. This allows warm water to build up off the coast of south America. This has negative implications for coastal South America in that area but the affects stretch much farther than that. High pressure forms over the southeastern Pacific, places like Australia experience drier than normal conditions.

El Nino also affects North America, especially during the winter. El Nino displaces the polar jet stream farther north over western North America and strengthens the subtropical jet stream. This causes warmer than average winter temperatures for a good portion of the northern part of the country and wetter and cooler conditions for a lot of the south.

El Nino also affects summer weather patterns by making conditions more hostile for the formation of hurricanes in the Atlantic.  Stronger shear and trade winds in the Atlantic substantially decrease the chance for hurricanes for us in south Florida.