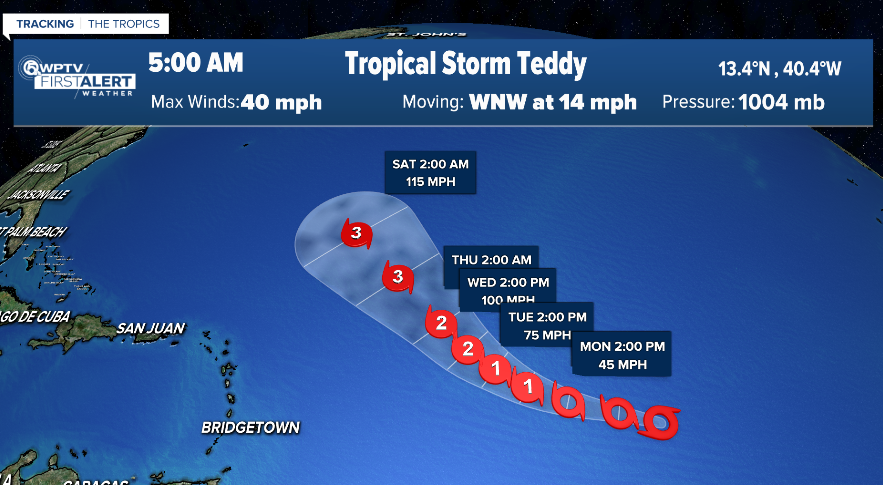 Teddy is expected to strengthen into a hurricane in the next couple of days. 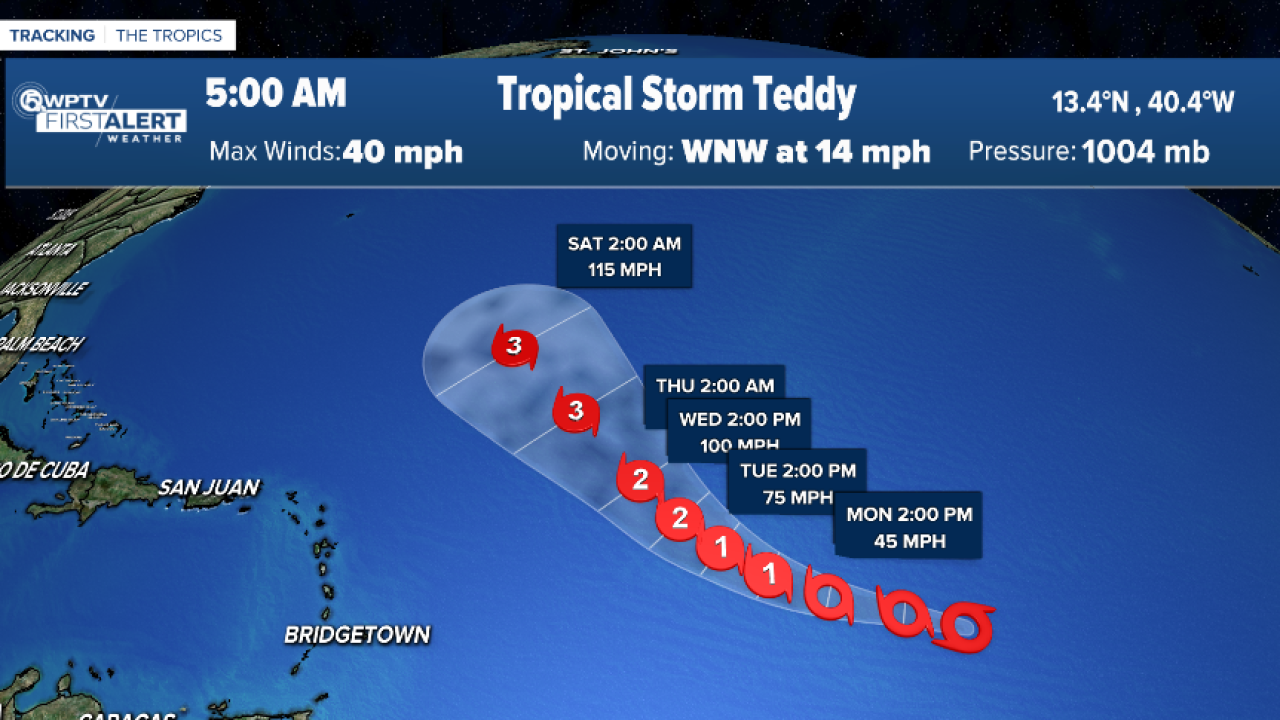 The storm has maximum sustained winds at 40 mph. It is expected to strengthen into a hurricane in the next couple of days.

The three other active named storms are Hurricane Paulette, Tropical Depression Rene and Tropical Storm Sally. Paulette is impacting Bermuda while Sally is nearing the Gulf Coast. Rene is not expected to bring hazards to land.