System forecast to move away from U.S. 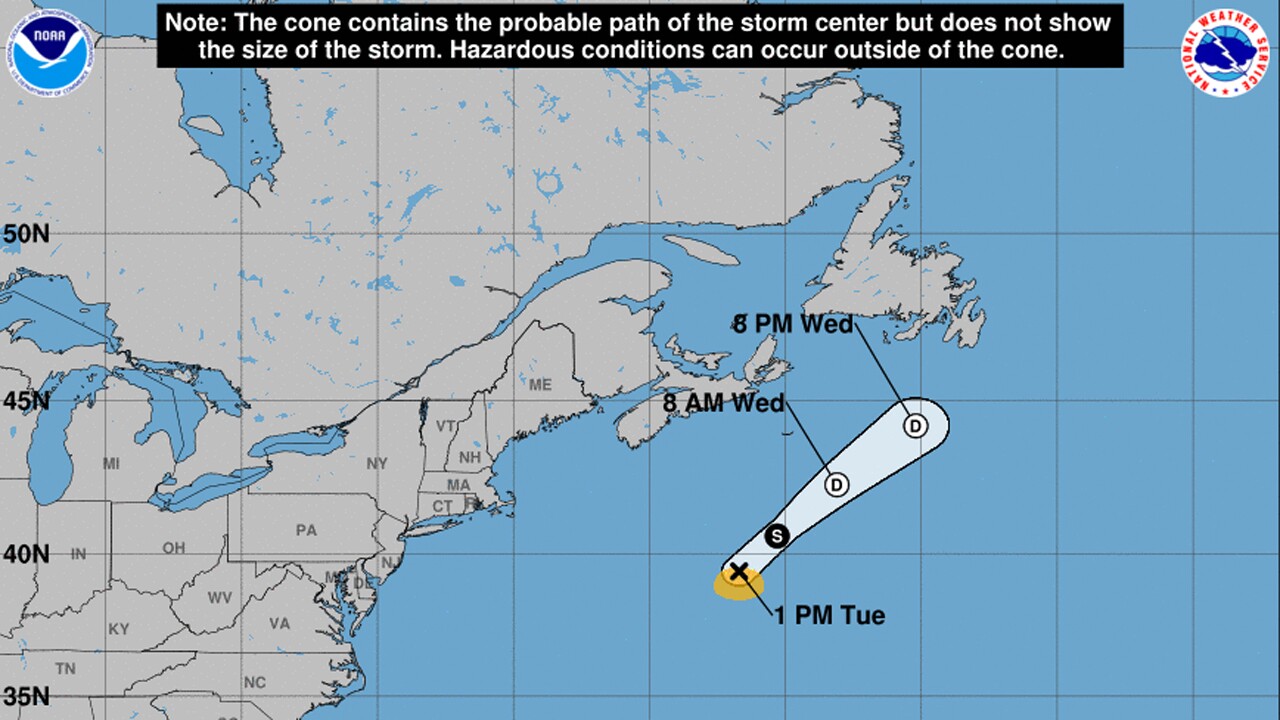 WEST PALM BEACH, Fla. — Saharan dust has stymied tropical development in the Caribbean Sea for the time being, but a system in the north Atlantic Ocean became Tropical Storm Dolly on Tuesday.

The National Hurricane Center issued an advisory at 1 p.m. for the system, which is moving east-northeast at about 13 mph.

Forecasters say a turn toward the northeast is expected Tuesday night and Wednesday and is no threat to the U.S.

Data derived from satellites indicate that maximum sustained winds have increased to near 45 mph with higher gusts.

Weakening is forecast during the next day or two as Dolly moves over colder waters, and the system is expected to become post-tropical on Wednesday.

Tropical-storm-force winds extend outward up to 70 miles to the south of the center.