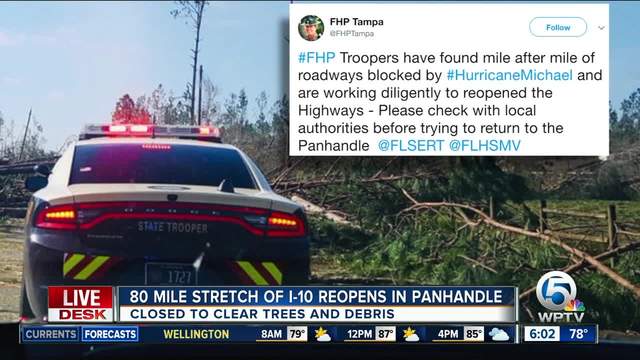 All lanes of Interstate 10 in the Florida Panhandle were re-opened Thursday evening. 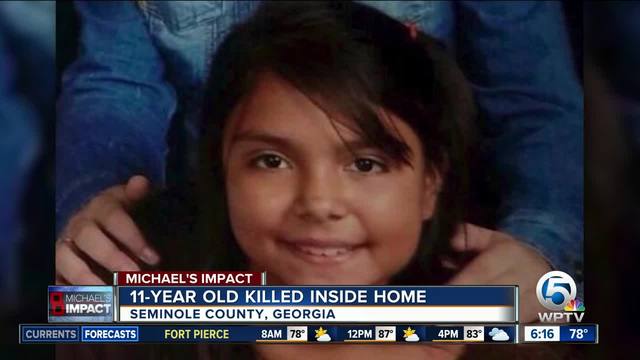 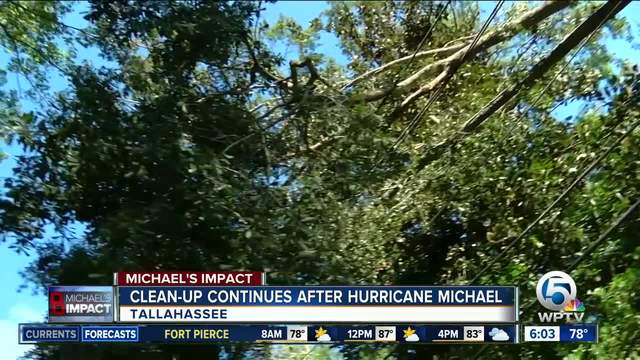 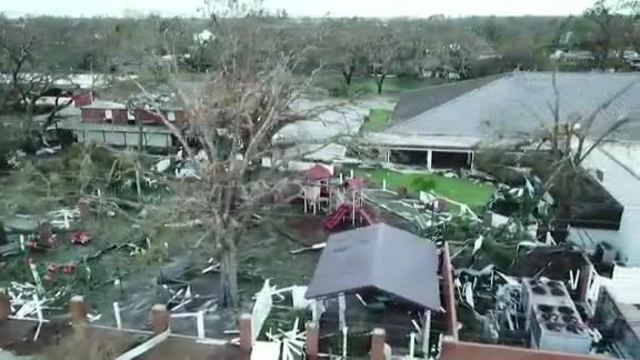 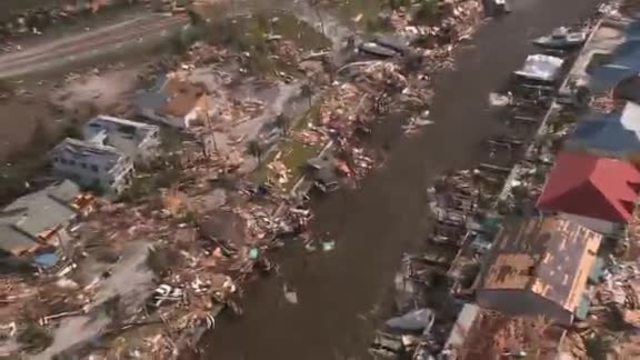 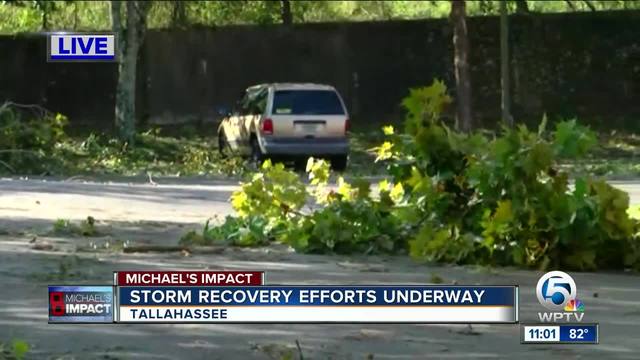 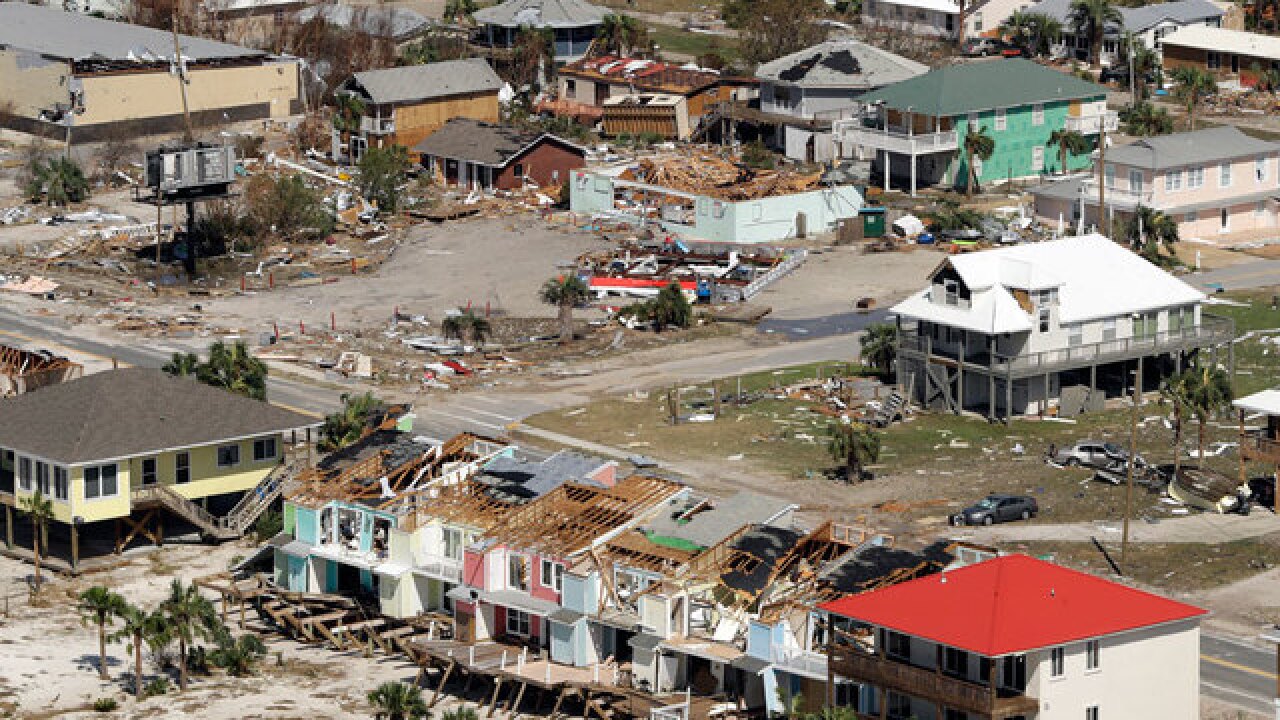 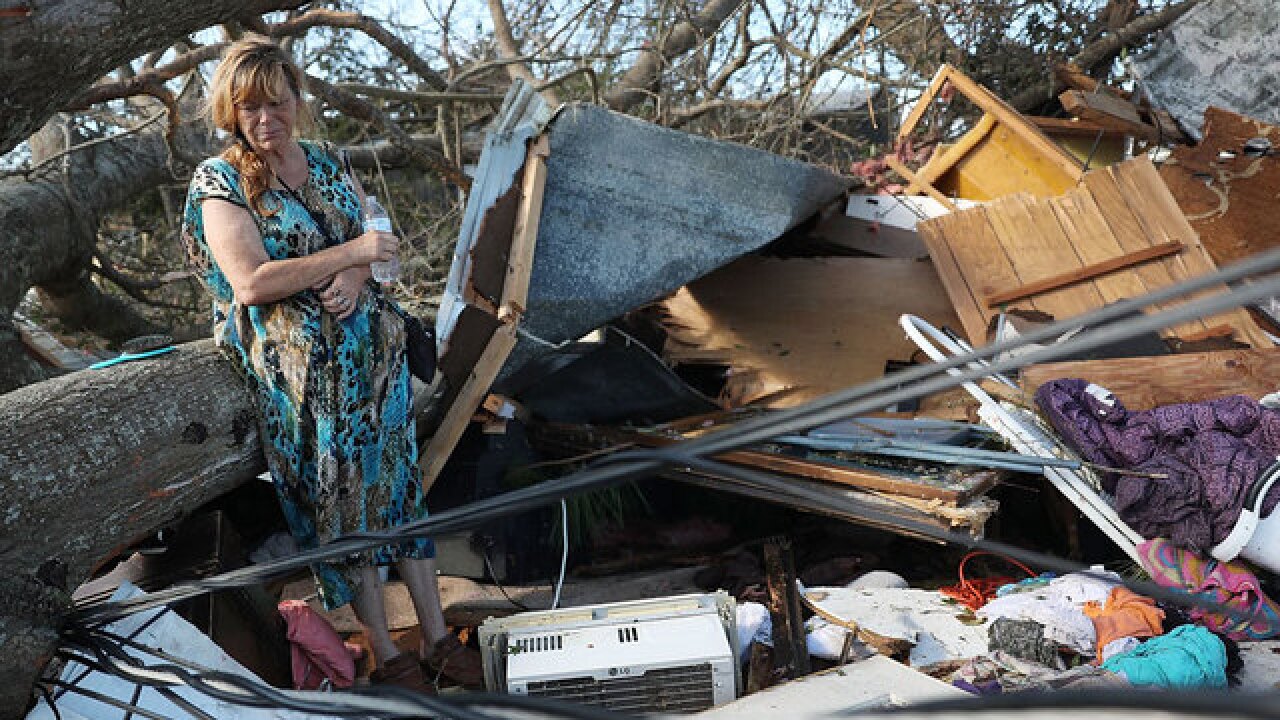 MEXICO BEACH, Fla. (AP) — Florida authorities fielded a barrage of calls about people missing in Hurricane Michael's aftermath as search-and-rescue teams Friday made their way through ravaged neighborhoods, looking for victims dead or alive. The death toll stood at 13 across the South.

The number of dead was expected to rise, but authorities scrapped plans for setting up a temporary morgue, indicating they had yet to see signs of mass casualties from the most powerful hurricane to hit the continental U.S. in nearly 50 years.

Search teams continued to pick their way through the ruins of Mexico Beach, the ground-zero town of about 1,000 people that was nearly wiped off the map when Michael blew ashore there on Wednesday with devastating 155 mph (249 kph) winds.

State officials said that by one count, 285 people in Mexico Beach defied mandatory evacuation orders and stayed behind. Whether any of them got out at some point was unclear.

Emergency officials said they have received thousands of calls asking about missing people. But with cellphone service out across vast swaths of the Florida Panhandle, officials said it is possible that some of those unaccounted for are safe and just haven't been able to contact friends or family to let them know.

Gov. Rick Scott said state officials still "do not know enough" about the fate of those who stayed behind in the region.

"We are not completely done. We are still getting down there," the governor added.

Emergency officials said they had done an initial "hasty search" of 80 percent of the stricken area, looking for the living or the dead.

Shell-shocked survivors who barely escaped with their lives told of terrifying winds, surging floodwaters and homes cracking like eggs.

"We still haven't gotten into the hardest-hit areas," he said, adding with frustration: "Very few people live to tell what it's like to experience storm surge, and unfortunately in this country we seem to not learn the lesson."

"When state and local officials tell you to get out, dang it, do it. Get out," he said.

Officials, meanwhile, set up distribution centers outside big stores such as Wal-Mart and Publix to pass out food and water to victims. Some supplies were brought in by trucks, while others had to be delivered by helicopter because some roads had yet to be cleared.

The deaths were spread throughout the storm's vast path, from Florida to Virginia, where at least four people drowned in flooding caused by Michael's rainy remnants. Two died in North Carolina when a car smashed into a fallen tree.

On the Panhandle, Tyndall Air Force Base "took a beating," so much so that Col. Brian Laidlaw told the 3,600 men and women stationed on the base not to come back. Many of the 600 families who live there had followed orders to pack what they could in a single suitcase as they were evacuated.

A small "ride-out" team that hunkered down as the hurricane's eyewall passed directly overhead ventured out to find nearly every building severely damaged, many a complete loss. The elementary school, the flight line, the marina and the runways were devastated.