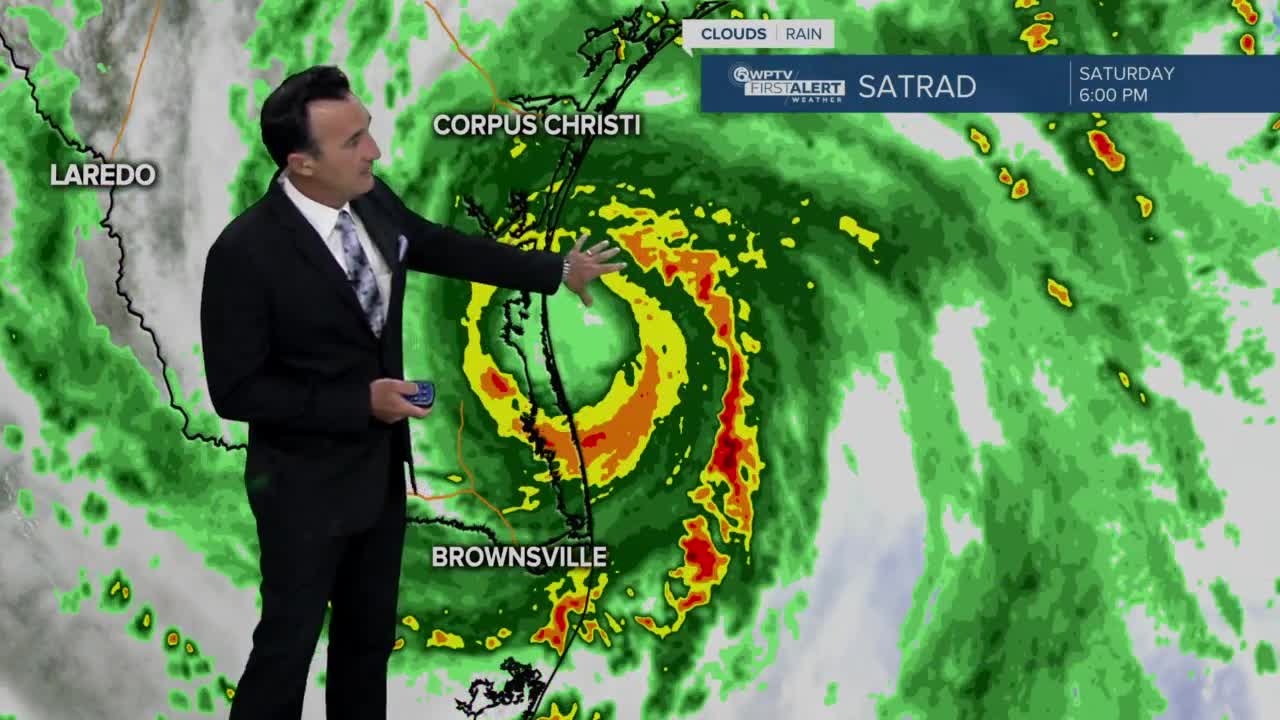 A look at the latest activity with Hurricane Hanna. 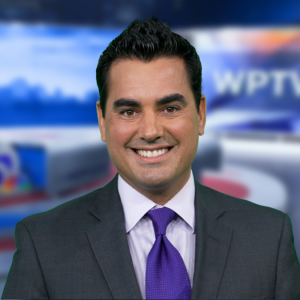 MIAMI — The WPTV First Alert Weather team is monitoring several areas of interest in the tropics.

Tropical Storm Hanna was upgraded to a hurricane Saturday morning as it nears the southern coast of Texas, the National Hurricane Center said.

Hanna, which becomes the first hurricane of the 2020 Atlantic hurricane season, is expected to make landfall later in the day.

As of 4 p.m. Saturday, Hanna was packing maximum sustained winds of 90 mph and was moving west/southwest at 8 mph.

A gradual turn toward the west-southwest is expected Saturday night and that motion should continue through Sunday.

Tropical Storm Gonzalo is a little better organized and is expected to begin affecting portions of the Southern Windward Islands on Saturday, according to the National Hurricane Center.

As of 5 p.m. Saturday, Gonzalo maximum sustained winds are near 35 mph with higher gusts and is moving toward the west near 21 mph.

The NHC said a general westward to west-northwestward motion is expected for the next couple of days. On the forecast track, Gonzalo will move across the southern Windward Islands Saturday afternoon or evening and over the eastern Caribbean Sea on Sunday.

Weakening is expected after Gonzalo moves over the eastern Caribbean Sea and the system is forecast to dissipate by Sunday night or Monday.

Gonzalo will not impact South Florida.

An area of disturbed weather coming off the coast of Africa has a 20% chance of developing into a tropical depression or named storm over the next five days as it works its way west across the Atlantic Ocean.