The most intense video of Irma's wrath in South Florida 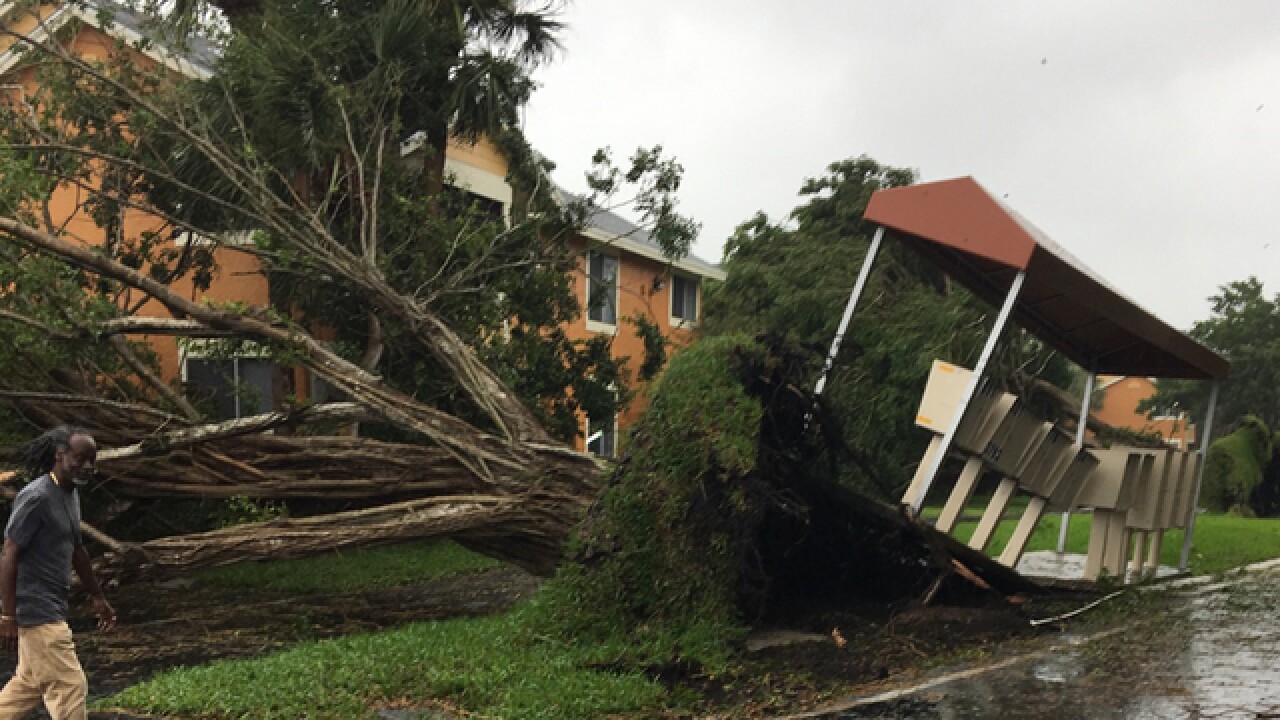 Hurricane Irma's shift west was a lucky break for South Florida and the Treasure Coast -- but that doesn't mean the area escaped Irma's wrath.

Heavy squalls with embedded tornadoes have been sweeping across South Florida as Irma shifts up the west coast.

Here's some of the most intense video we've seen. (Please remember to always choose safety over gathering photos and videos. Your life is more important. Stay safe!)

Video from of a Naples resident filming # HurricaneIrma 's winds as a tree falls in front of him. His wife says he is OK. BE CAREFUL, FOLKS. pic.twitter.com/unAHy6IGPn

Roof of a home in #Miami coast being ripped off by powerful #HurricaneIrma winds. Terrifying stuff. These winds are no joke. #Irma pic.twitter.com/P0kMIKqlf6

Marco Island was the point of landfall (after Cudjoe Key) for #HurricaneIrma . Trees were pounded. (@Bugz6713) #Irma #Landfall #MarcoIsland pic.twitter.com/8jW6zbq8zt

Boats slamming into docks and sinking in #Aventura . #HurricaneIrma lashed out on #Miami . #Tampa next. (H/T Eduardo Mendoza) #Irma pic.twitter.com/jkfqnjCWIV

Store owners in #Miami watch as their store is surrounded by a wall of water. What a terrible and uneasy feeling. #HurricaneIrma #Irma @WFLA pic.twitter.com/F0wALvDpJz

Brickell area in #Miami taking the surge from #Irma . It's as deep as 2' at SE 12th St. & Brickell Ave. pic.twitter.com/UAhcDLij6N

This is how Stuart resident Taittyn is keeping her horses safe during #HurricaneIrma . She brought them in her home! ???? pic.twitter.com/iYqgo8P4Zw

This was 30 minutes ago at Bethesda Hospital. #Irma pic.twitter.com/S8BUEscZEl

Viewer Joe Pawlowski in Lake Worth sent this video of a fire started by a blown breaker. Fire dept. on scene. @WPTV pic.twitter.com/UyLdzY7fya

Video of a large feeder band from #HurricaneIrma rolling through North Hutchinson Island at about 9:35 p.m. https://t.co/9h1nbcjqBg pic.twitter.com/EKRkeo2reZ