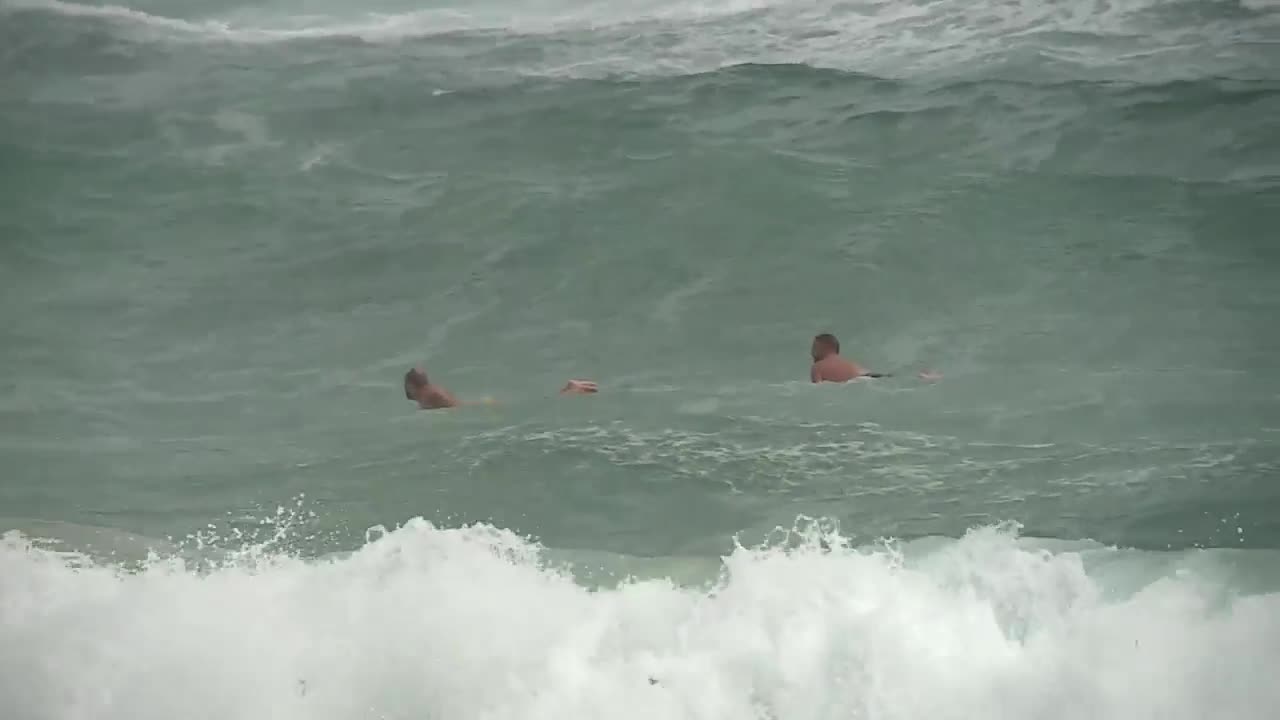 Some surfers are taking advantage of larger than average waves in Lake Worth Beach thanks to Hurricane Isaias.

Surfers and kitesurfers at Juno Beach take advantage of the high waves ahead of Isaias:

Kitesurfers enjoy the waves at Juno Beach ahead of Isaias

Some surfers were taking advantage of some larger than usual waves at Lake Worth Beach on Saturday afternoon.

Heavy rain and active waves for surfers at Lake Worth Beach

Maggie Grosso filmed this water spout at the House of Refuge on Hutchinson Island on Saturday afternoon.

WPTV's T.A. Walker happened upon some sea turtle hatchlings making their way to the water for the first time in Jupiter.

Here are some beautiful shots from WPTV photographer Kaan Pala at Lake Worth Beach on Saturday afternoon.

Catherine LaValle of Port St. Lucie photographed this tree that was downed by the storm.

And here's a couple of quick timelapse clips from Kaan showing the clouds rolling in.

Beachgoers enjoying the weather prior to the arrival of Isaias

Viewer Theresa sent in these photos of Jensen Beach on Sunday.

On Sunday, the beach at the House of Refuge on Hutchinson Island was a popular spot to view the waves rolling in.

Kite surfers took advantage of the weather in Juno Beach on Sunday as Tropical Storm Isaias passes by South Florida.

Here's a look at Jupiter Beach on Sunday morning.

Wind and rain at Clear Lake

WPTV YouReporter Patty Brack sent in this clip of water crashing into the rocks at the House of Refuge on Hutchinson Island.

Water crashing at "The Rocks" on Hutchinson Island

Viewer Jo-Ann Prisco sent in this clip of the first feeder band arriving in Port St. Lucie on Saturday.

WPTV reporter Miranda Christian sent in this clip showing what driving conditions were like Saturday afternoon while the storm was still over The Bahamas.

Rain and high winds are affecting drivers in South Florida

Here's a view from inside the WPTV offices on Saturday afternoon.

A view from inside WPTV on Saturday afternoon
Copyright 2020 Scripps Media, Inc. All rights reserved. This material may not be published, broadcast, rewritten, or redistributed.