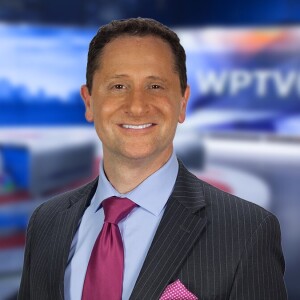 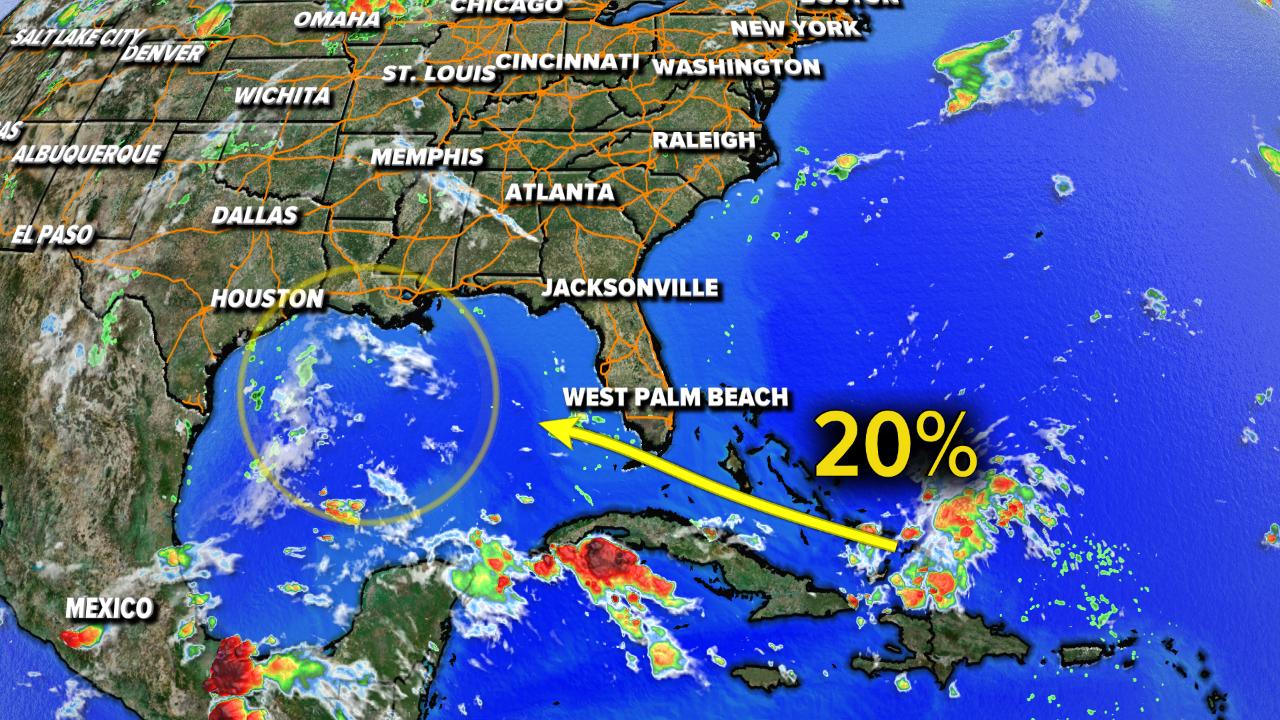 A tropical wave north of Hispaniola has a 20 percent chance of development has it heads toward the Florida Straits.

The peak of hurricane season is coming up, and the tropics have heated up with multiple systems being tracked by the National Hurricane Center.

A weak area of low pressure north of Hispaniola will travel northwest through the weekend. As of Tuesday morning, the chance for development is only 20 percent. Some models show it reaching the Gulf of Mexico this weekend, and then beginning to develop as it heads toward Texas and Louisiana. For Florida, it looks like it will increase our rain chances from Friday through Sunday and possibly Monday.

WAVE IN THE ATLANTIC

A Tropical Wave out in the middle of the Atlantic has a 30 percent chance for development as it moves toward the Caribbean. Computer models are not overeager to develop this wave as it moves into the Caribbean. It is a slow mover, so we'll just keep watching it.

WAVE OFF THE AFRICAN COAST

A tropical wave moving quickly off of the African coast has a 20 percent chance of development. Computer models don't do anything with this until maybe Sept. 17, when it could develop a bit near Hispaniola and then move north and east of Florida, and hopefully east of the Bahamas. This is still a week or more away, so we have to play the waiting game for more info on this wave.

Gabrielle is still a strong tropical storm, heading north in the ocean and not bothering anyone. This storm will likely fall part by mid to late week.