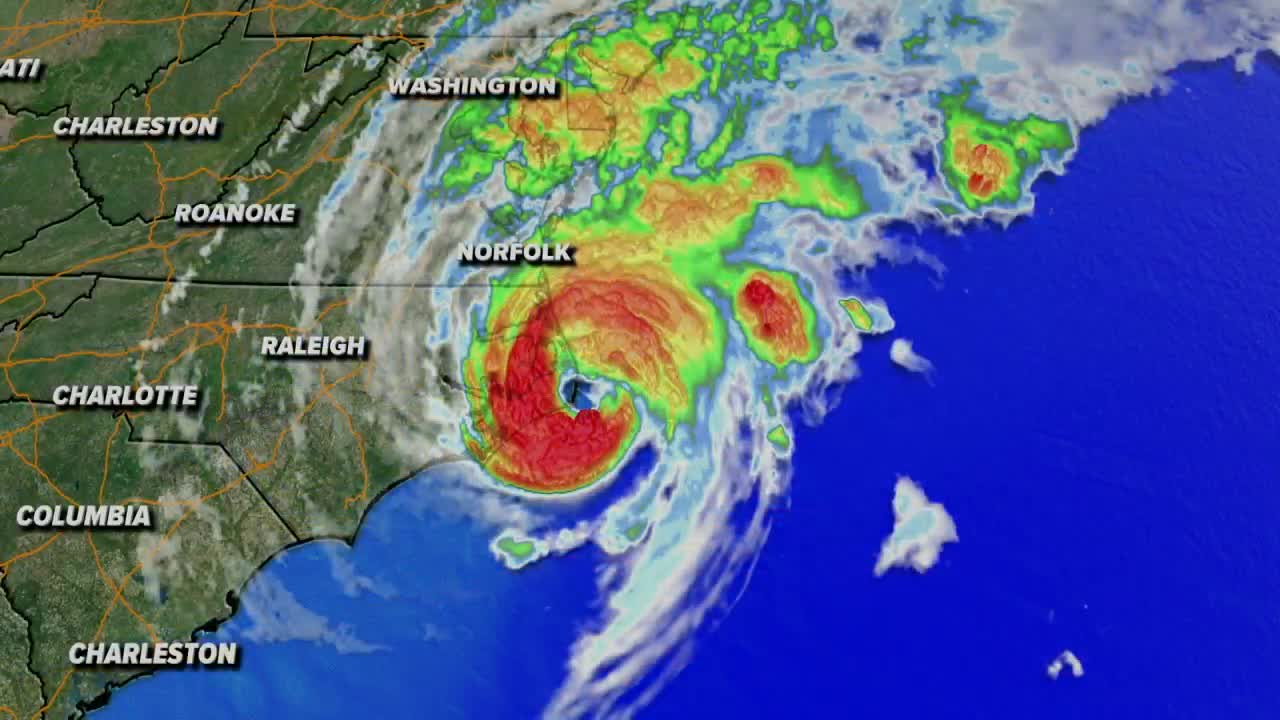 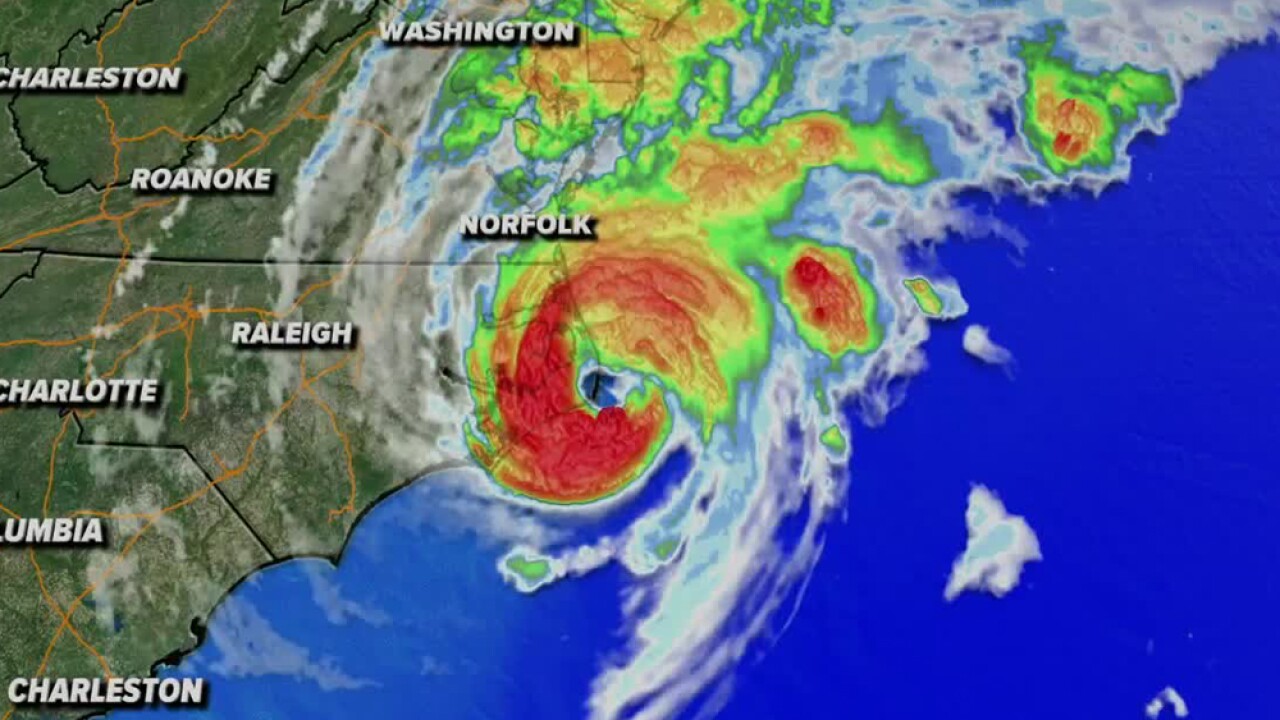 WILMINGTON, N.C. (AP) — A weakened Hurricane Dorian flooded homes on North Carolina's Outer Banks on Friday with a ferocity that seemed to take storm-hardened residents by surprise, and hundreds were feared trapped by high water.

Sheriff's officials sent medics and other rescuers to Ocracoke Island — reachable only by boat or air — amid reports of people being forced to retreat to their attics after defying mandatory evacuation orders along the 200-mile (320-kilometer) ribbon of low-lying islands.

"There is significant concern about hundreds of people trapped on Ocracoke Island," Gov. Roy Cooper said. "There are rescue teams ready as soon as they can get in."

Its winds down to 90 mph (145 kph), Dorian howled over the Outer Banks as a far weaker storm than the brute that wreaked havoc on the Bahamas at the start of the week. More than a quarter-million residents and visitors had been ordered to evacuate the North Carolina island chain ahead of the storm, officials said.

The Category 1 hurricane lashed communities on the Outer Banks with rain and surging seawater as it hugged the islands that stick out from the Eastern Seaboard like the side-view mirror on a car. Rising waters coursed into the main floors of elevated homes and smacked them with floating debris.

Around midmorning, the eye of the storm came ashore at Cape Hatteras, Dorian's first landfall on the U.S. mainland.

"It's bad," Ann Warner, who owns Howard's Pub on Ocracoke Island, said by telephone. "The water came up to the inside of our bottom floor, which has never had water." She said a skylight blew out, and there were whitecaps in her front yard and underneath her house.

Another Ocracoke Island resident, bookshop owner Leslie Lanier, said via text message that the first floors of some homes had flooded and people had been forced to climb to their attics, but that the water had already begun to drop.

"We are flooding like crazy," she said, adding: "I have been here 32 years and not seen this."

The Hyde County Sheriff's Office said deputies, medics and other rescuers were heading to the island amid reports of "catastrophic flooding." The governor said that authorities were telling people to get to the highest point in their homes.

To the North in Buxton on Hatteras Island, close to where Dorian made blew ashore, Radio Hatteras volunteer Mary Helen Goodloe-Murphy said that people were calling in to report that "houses are shaking like crazy" and that "it's never been like this before."

"The wind is blowing with fury," she said.

Danny Couch, a resident of nearby Buxton and a Dare County commissioner, said that the storm sent crab traps flying, breaking windshields.

"I was out there, and stuff flying around, road signs and stuff," he said. "It's crazy. I don't want to be a statistic."

He added: "It's godawful. It's a storm of record, no doubt."

As of 9 a.m. EDT, Dorian was moving northeast at 14 mph (22 kph). It is expected to remain a hurricane as it sweeps up the Eastern Seaboard through Saturday, veering far enough offshore that its hurricane-force winds are unlikely to pose any threat to land in the U.S.

More than 370,000 people were without electricity in the Carolinas and Virginia as Dorian moved up the coast.

At least four people were killed in the Southeast. All were men in Florida or North Carolina who died in falls or by electrocution while trimming trees, putting up storm shutters or otherwise getting ready for the hurricane.

As Dorian closed in, many of the Outer Banks' residents tied down their boats, removed objects from their yards that could blow away, and hunkered down. Warner said about half the 1,000 residents of Ocracoke chose to tough it out.

At the start of the week, Dorian slammed the Bahamas with 185 mph (295 kph) winds, killing at least 30 people and obliterating countless homes. From there, it swept past Florida and Georgia at a relatively safe distance, then sideswiped the Carolinas on Thursday, spinning off tornadoes that peeled away roofs and flipped recreational vehicles.

Still, the damage was far less than feared in many parts of the Carolinas, including historic Charleston, South Carolina, which is prone to flooding even from ordinary storms, and Wilmington, North Carolina, the state's biggest coastal city.

Joseph Pawlick went out Friday morning to rake leaves, twigs and other debris blown from the sidewalk outside his Wilmington home.

"I slept like a baby last night. This, thankfully, was not bad," he said.