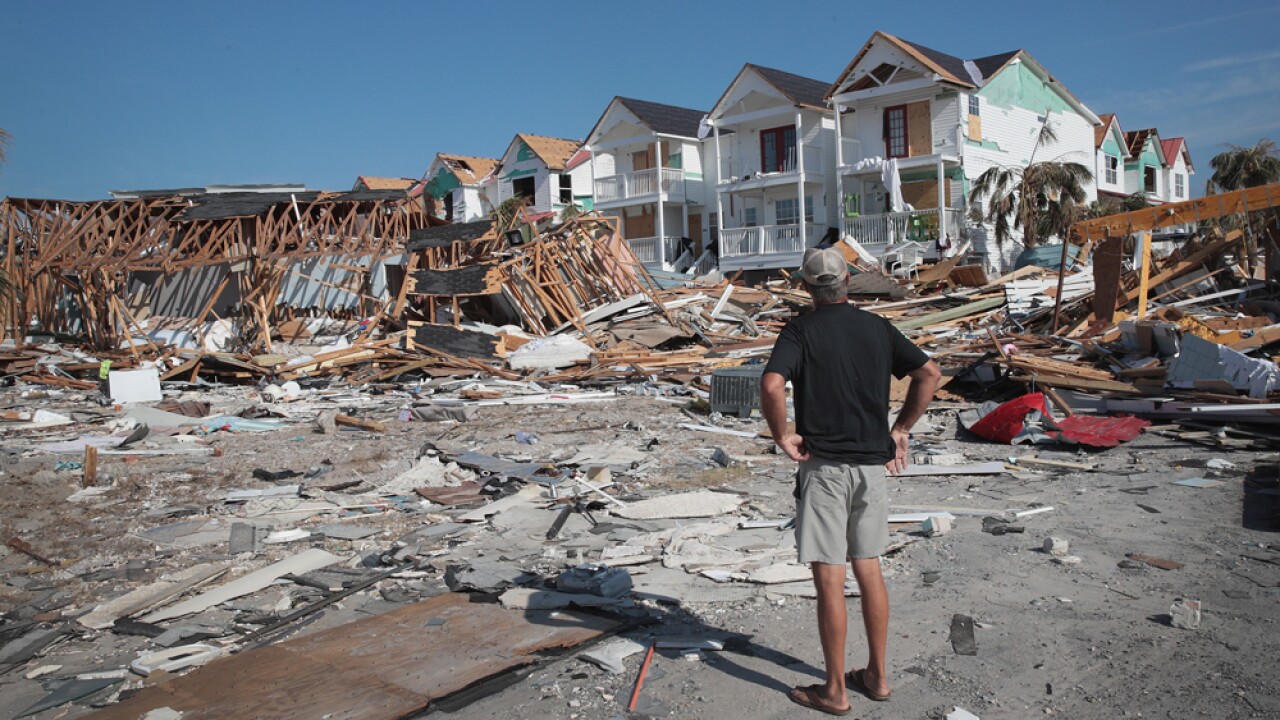 TALLAHASSEE, Fla.-- With more than 15 percent of claims remaining open, estimated insured losses from last year’s Hurricane Michael have topped $6.6 billion, according to new data from the state Office of Insurance Regulation.

The overwhelming majority of claims, 97,484, were filed because of damage to residential property. Overall, 23,194 claims remained open, or about 15.7 percent.

The Category 5 hurricane made landfall in Mexico Beach and caused massive damage in Panama City and other Northwest Florida communities as it roared north into Georgia.