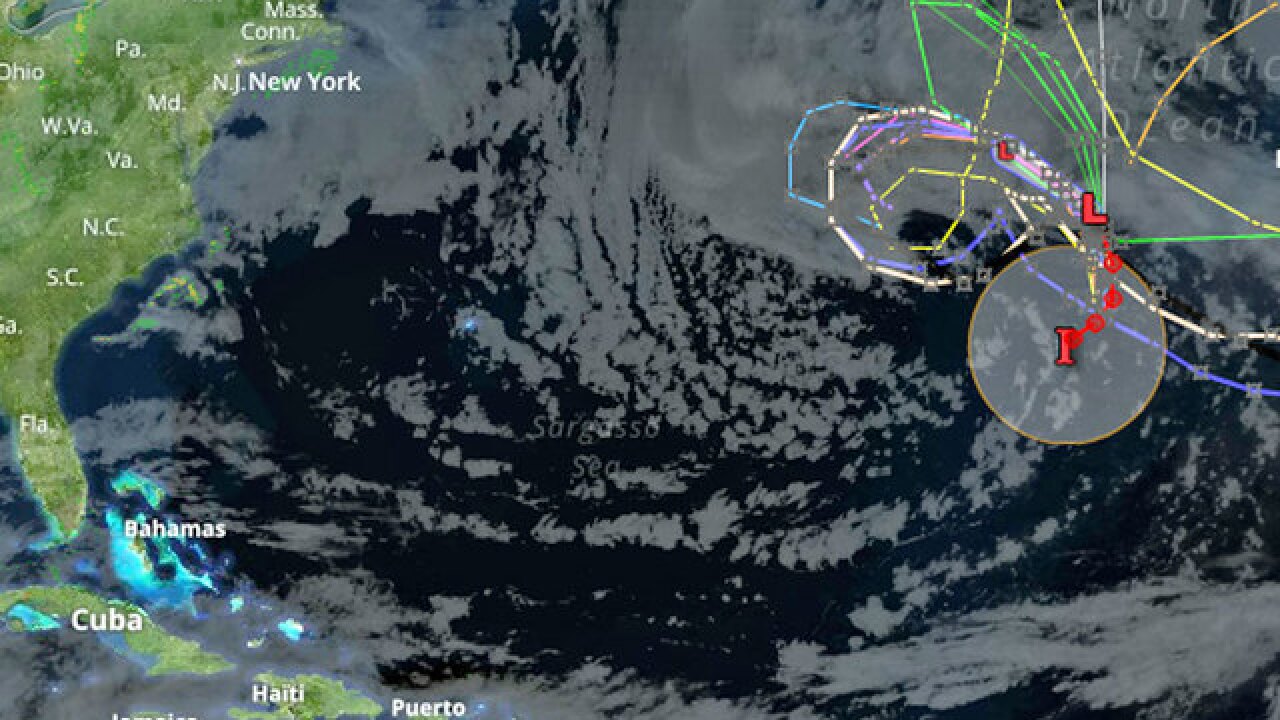 MIAMI (AP) -- A rare April tropical storm has formed over the north Atlantic.

The National Hurricane Center says Tropical Storm Arlene, which formed Thursday, has maximum sustained winds of 45 mph (72 kph). The storm is far from land, about 815 miles (1,312 kilometers) west of the Azores.

The system is expected to dissipate Friday and no coastal watches or warnings are in effect.

Forecasters say tropical storms are rare in April and Arlene is only the second one observed in the month since weather satellites went into use.

Hurricane season runs from June 1 to Nov. 30, but last year two storms formed before the official start. The first Atlantic storm of 2016 was Hurricane Alex, which made an unseasonable debut in January over the far eastern Atlantic. Tropical Storm Bonnie formed in May 2016 off the South Carolina coast.