Closure on Indiantown Road could cause major delays in Jupiter 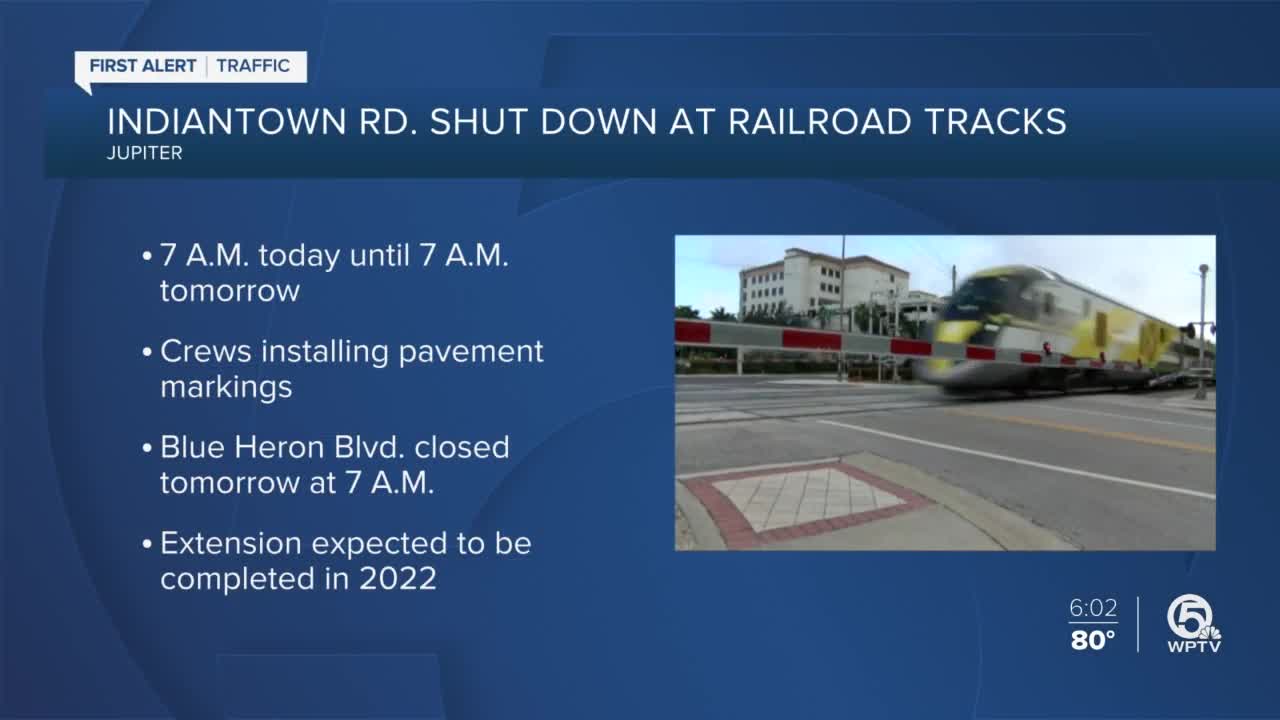 ​If your commute involves Indiantown Road in Jupiter, you’ll most likely have to find another route.

JUPITER, Fla. — ​If your commute involves Indiantown Road in Jupiter, you’ll most likely have to find another route. Brightline is shutting down the intersection along Old Dixie Highway to put down pavement markings near the railroad tracks.

The closure will be from 7 a.m. Tuesday through 7 a.m. Wednesday.

Its all part of the company's extension project which includes construction of a new track from West
Palm to Orlando.

Drivers are encourage to use Donald Ross Road and Military Trail as an alternate route.

There will be another major road closure in Riviera Beach at the railroad crossing along Blue Heron Boulevard.

The road will be closed from 7 a.m. Wednesday through 7 a.m. on Thursday for crews to put down pavement markings.

Its still unclear when Brightline will resume service locally now that the state is officially in phase two of the governor's reopening plan. A spokesperson told WPTV, currenlty the company is focusing its efforts on construction and will contionue to monitor the Covid-19 situation.