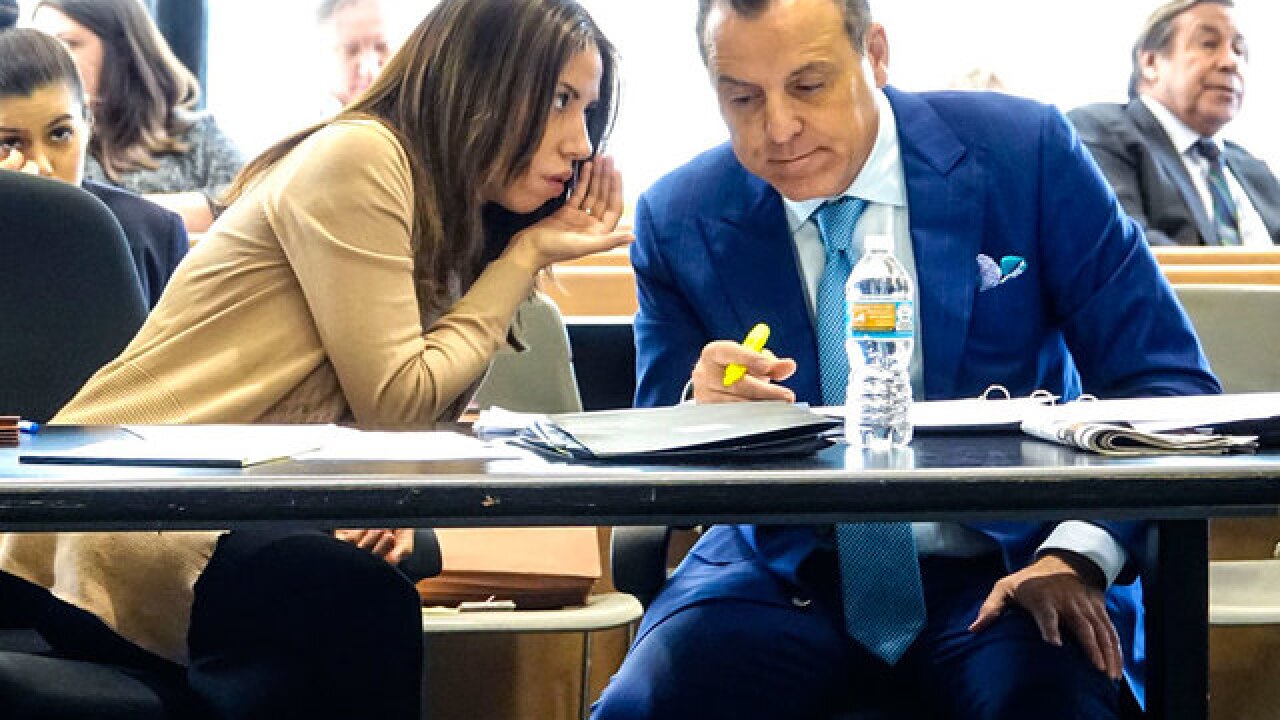 The state rested it's case in court Thursday afternoon, but not before prosecutors played key evidence in court.

Dalia Dippolito's defense team now has the case and brought a key witness to the stand.

In the video recorded from a hidden camera in the undercover officer's car, Dalia Dippolito is seen laughing at the close of her meeting with the Boynton Beach police officer who she believed was a hit man. The video is the state's main evidence to try to show Dippolito's intent to have her husband killed.

"I break into the house, didn't think anyone was going to be home because everybody works in the day. He's not at work, boom he gets two in the head," said undercover Officer Widy Jean in the video.

The undercover officer and Dippolito ran through scenarious, possible locations for the murder.

"Two gun shots to the head, did she flinch at all when you said that?" asked the prosecutor. "No, she did not," said Jean.

Prosecutor arguments emphasized Dippolito's willingness to meet the demands of the undercover officer including payment of three-thousand dollars and a key to her house.

"The three-thousand dollars was to prove payment for the act that she wanted me to commit," said Jean

"And why the key," said the prosecutor.

"The key to the house it's to show intent that she wanted to go forward with the case and she was willing to keep providing evidence and tools that I needed to commit the crime," added Jean.

The defense refuted that argument by proving Dippolito never produced the cash and key.

"No she never did," said Jean.

The defense says Dippolito was pressured into meeting with the acting hit man and the police department's failure to record all phone conversations and meetings with their informant raises doubt.

The defense team now has the case and brought its first witness to the stand. Mohamed Shihadeh was visibly nervous or uncomfortable. He told jurors what he told officers at the Boynton Beach Police Department in 2009.

"I know a woman that's being hurt by her husband and you know um, she needs help and she feels like her only solution is for her to be dead or for him to be killed," said Shihadeh.

While on the stand, Shihadeh said numerous times he did not want to be a part of the investigation and was rushed to sign a confidential informant packet. He said he did not give consent for his name to be released and was unaware he was being recorded on camera.

"I didn't know they put cameras in my car," said Shihadeh.

Shihadeh also told jurors he did not know the "COPS" TV show was filming the case.

During his testimony, Shihadeh confirmed officers did hear a live conversation while he was wired and meeting with Dippolito at a restaurant. The meeting has been controversial in court proceedings because the police department has said it has no recording of the meeting due to a wire malfunction.

The defense will be addressing that on Friday when it brings more witnesses and submits evidence to show no maintenance logs for the malfunctioned wire exist.