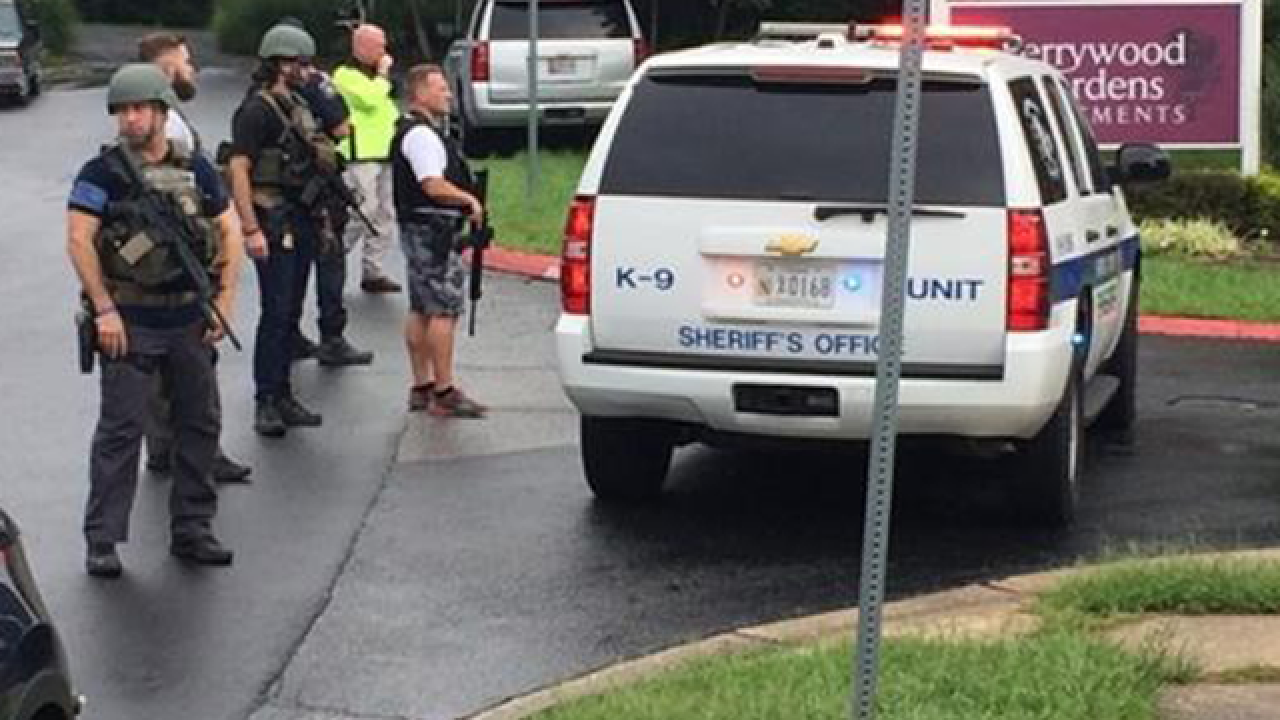 &lt;p&gt;At least three people are dead after a shooting at a Rite Aid distribution center Thursday morning in Aberdeen, Maryland.&lt;/p&gt;

ABERDEEN, Md. (AP) —   A Maryland sheriff says the 26-year-old female suspect in a shooting at a Rite Aid distribution center shot herself in the head and is dead.

Harford County Sheriff Jeffrey R. Gahler said Thursday the woman was a temporary employee there and was from Baltimore, but he did not immediately release her name.

He said seven people were wounded altogether. Four of the seven died, including the suspect.

A Baltimore hospital received four patients with gunshot wounds after the shooting.

Johns Hopkins Bayview Medical Center said in a statement Thursday afternoon that it was waiting to confirm that family members have been notified before sharing any additional information.

The hospital has declined to say whether one of the patients is the suspected shooter.

A law enforcement official told The Associated Press that three people were killed in the shooting Thursday morning. Officials said the suspect was critically wounded.