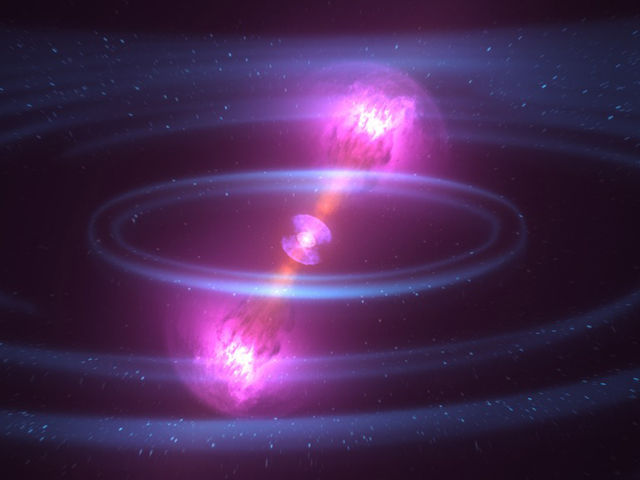 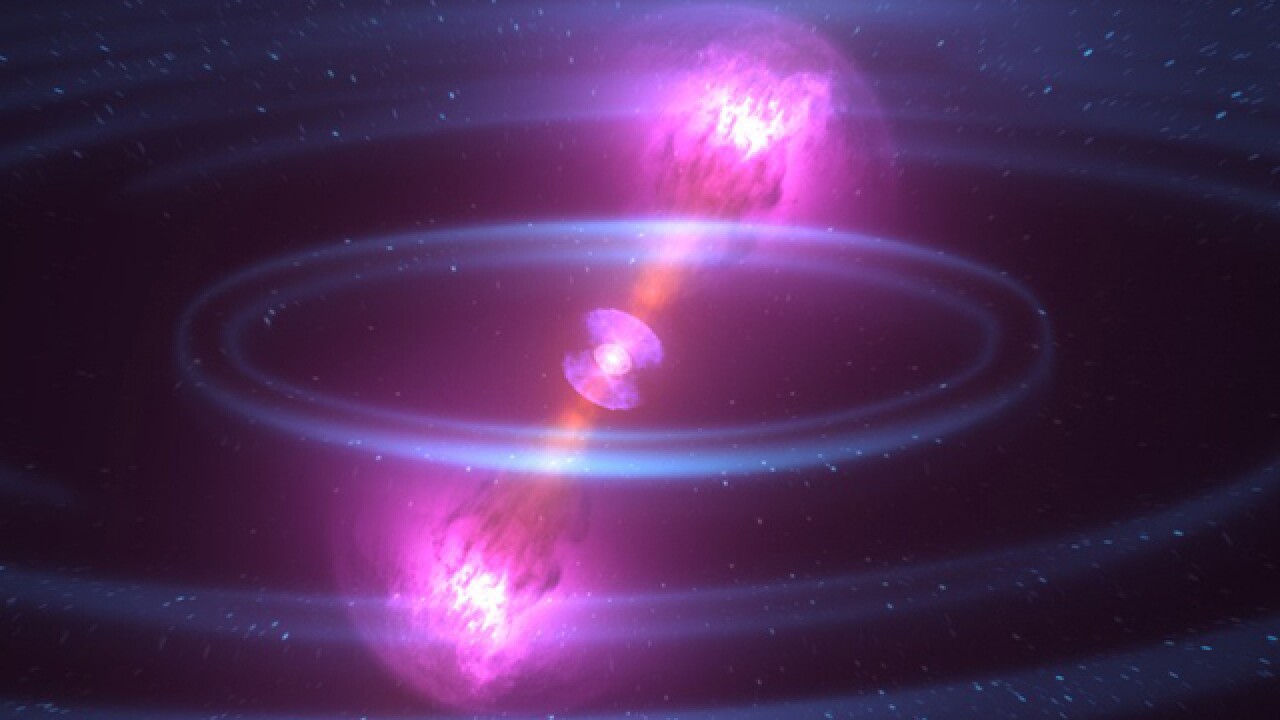 Two very distant stars collided, and astronomers and scientists around the world were able to witness the crash for the first time ever.

The crash, called a kilonova, was witnessed on Aug. 17, and scientists are just now releasing the details of what happens when two neutron stars collide with one another.

More than 4,000 scientists were able to measure and analyze everything about the collision — matter, light and other radiation.

Scientists saw dense, unstable debris fly from the site of impact, and some of those elements formed into heavy elements such as gold, platinum and uranium.

The combined mass of heavy elements from this explosion is 1,300 times the mass of Earth, and all of it has been tossed into space, speeding in different directions, perhaps to form new planets one day.

The collision also helped to explain gamma ray bursts, one of the most dangerous forces in the universe. They're focused beams of radiation that could eliminate life on an entire planet.

Fortunately, this crash was too far away and no gamma rays were aimed at the Earth.

The crash site is in a galaxy called NGC 4993, which is 130 million light-years away. That means this collision took place 130 million years ago, and people on Earth are just now seeing it.

The collision looked like a bright blue dot initially, then faded to a fainter, redder spot a day or two later. After three weeks, the dot was gone from the sky.