Chinese space lab could crash into Earth any day now 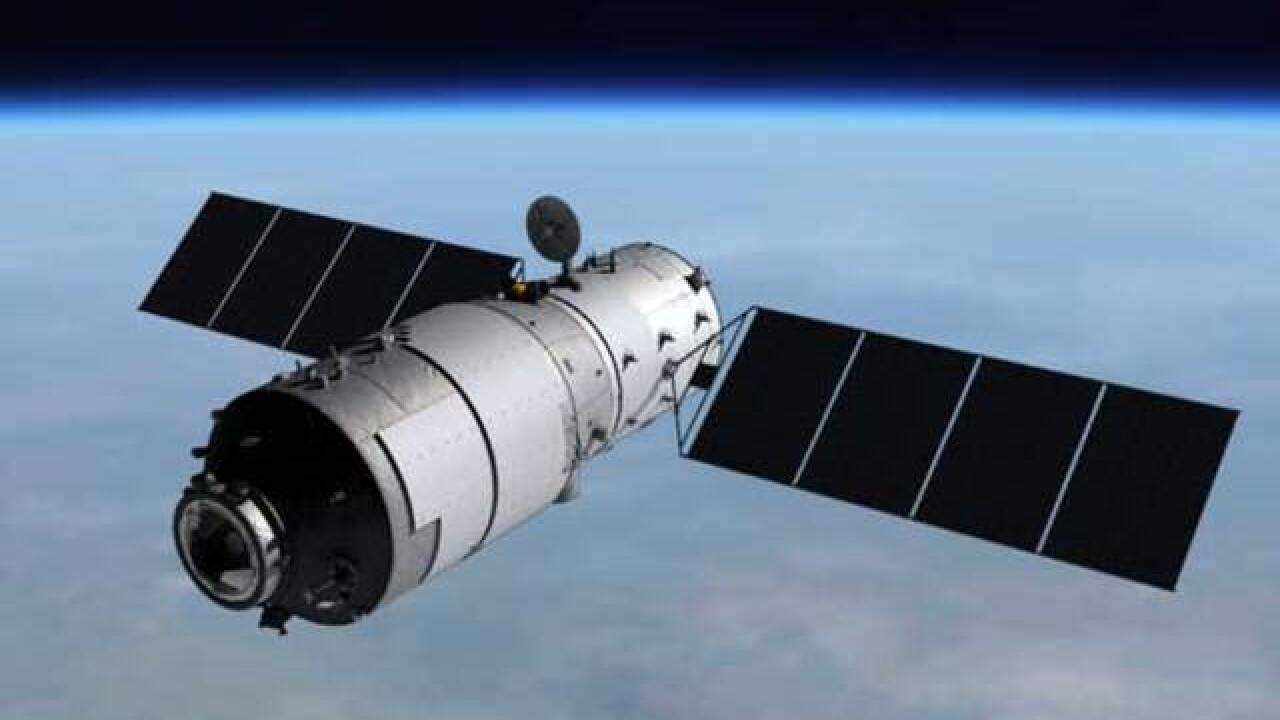 China's very first space station, the Tiangong 1, will meet a fiery end as it uncontrollably hurtles to the Earth.

Chinese officials confirmed they lost control of the 8 1/2 ton space lab back in September 2016, and they expected it would crash into Earth in the second half of 2017. In May, they revised that crash date to sometime between now and April 2018.

Most experts believe the Tiangong 1 will burn up in reentry, but some physicists believe pieces weighing up to 220 pounds could make it to the Earth's surface.

China launched the Tiangong in September 2011 as a temporary space laboratory with the hopes of launching a permanent one in the near future.

The Tiangong 1 ended its service in March 2016 after four and a half years of experiments. It was designed to last roughly half that.

This won't be the first spacecraft to uncontrollably crash into the Earth, either.

In 1991, the Soviet Salyut 7 space station crashed, and before that, NASA's Skylab space station fell over Western Australia in 1979.

Now Tiangong 1's descent continues to speed up, making its way through Earth's atmosphere before it's eventual demise on Earth's surface sometime between now and the first half of next year.