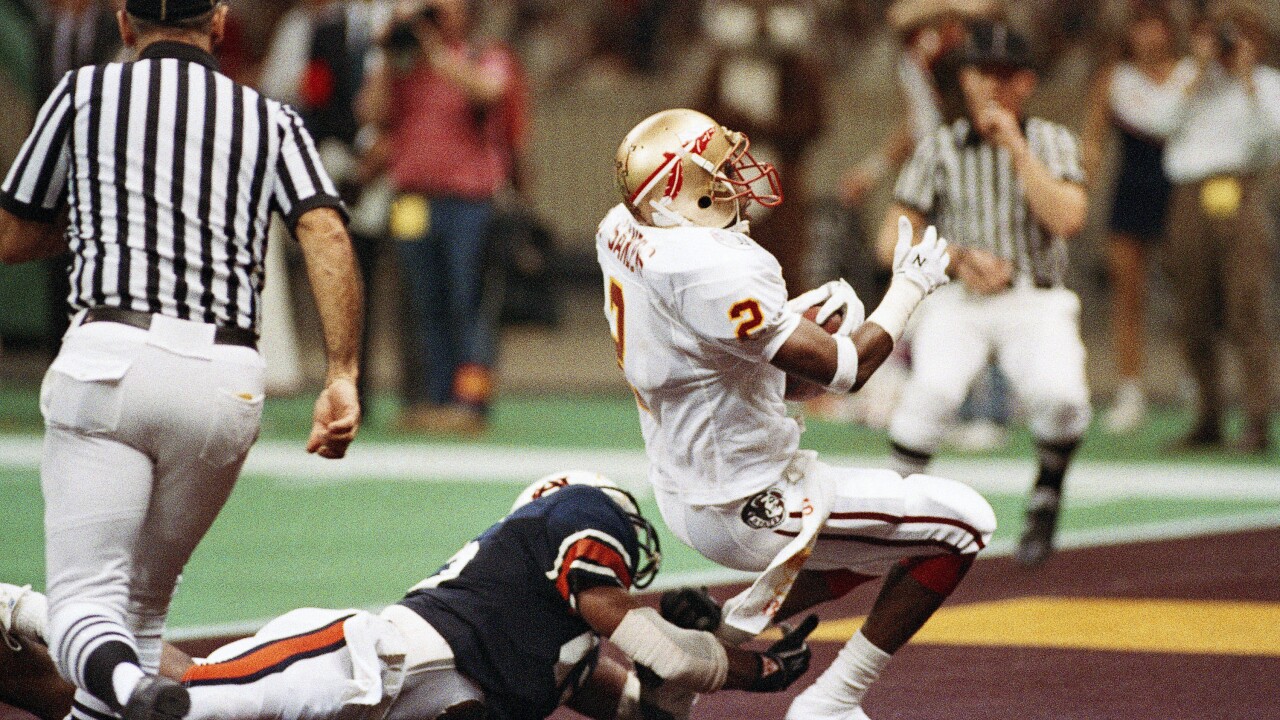 (Copyright 2020 The Associated Press. All rights reserved. This material may not be published, broadcast, rewritten or redistributed.)
AP Photo
Florida State cornerback Deion Sanders intercepts a fourth-quarter Reggie Slack pass to Lawyer Tillman, which ended the Tigers hopes for a come-from-behind victory at the Sugar Bowl, Monday, Jan. 2, 1989, in New Orleans. The Seminoles held on to win 13-7.

BOCA RATON, Fla. — The son of a former Florida State standout apparently won't be playing football for his father's school, though he will play for its ex-coach.

Taggart enters his first season at FAU after he was fired just 21 games into his tenure in Tallahassee. He takes over for Lane Kiffin, who left for Mississippi after guiding the Owls to two Conference USA championships in three seasons.

Sanders was a two-time All-America cornerback for the Seminoles in 1987 and 1988. He also won the Jim Thorpe Award as the nation's top defensive back as a senior in 1988.

Taggart expressed his excitement on Twitter, retweeting a post from Shedeur Sanders announcing his decision and writing, "Welcome to Paradise. Go Owls!"