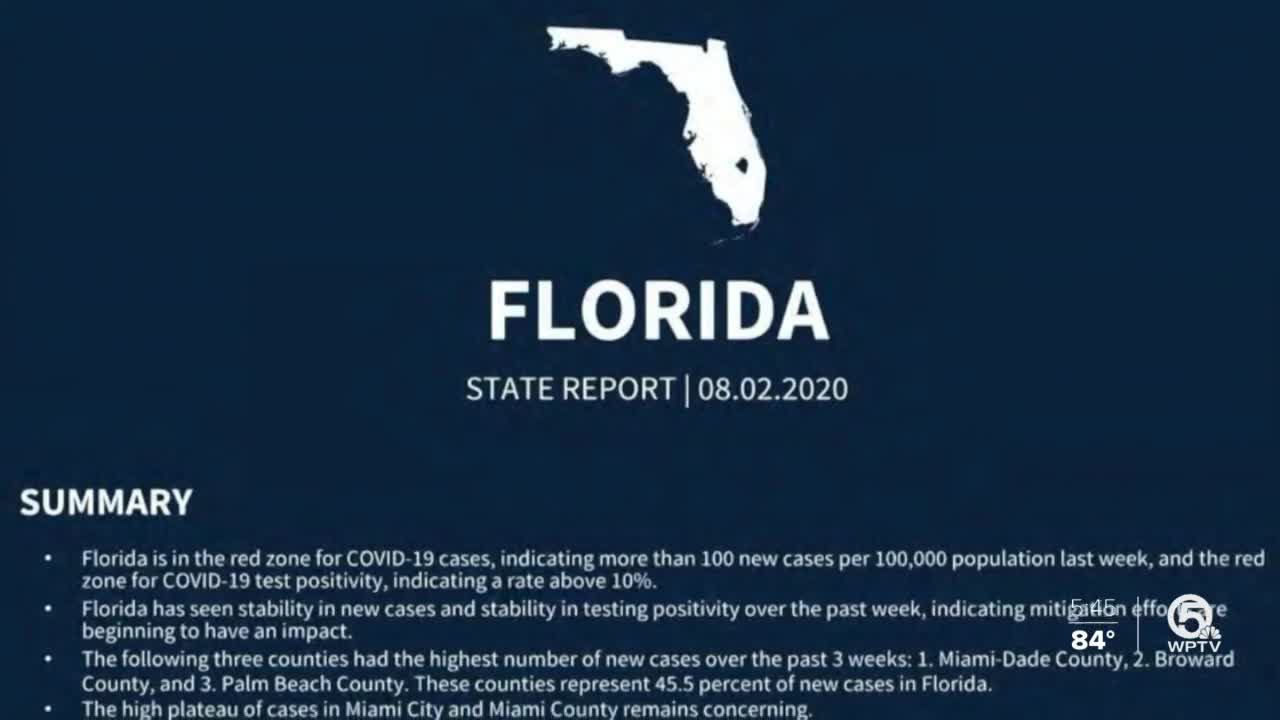 For months now, the White House Coronavirus Task Force has given Florida weekly reports and recommendations to fight COVID-19. But, unlike other states, Florida isn’t sharing the info with the public.

But, unlike other states, Florida has not readily shared the info with the public.

For weeks, Liz Essley Whyte, with the Center for Public Integrity, has been trying to get copies of each task force state report. The nonprofit is using them to create an online database anyone can access.

“They're really important reports for us to get an idea of what the federal picture of the pandemic is looking like," Whyte said.

Each report has a trove of info on the spread of the virus, testing numbers and more. The federal task force also offers virus control recommendations to state and local leaders.

Whyte's effort to compile the reports hit a snag, however. As of Monday, 13 states hadn't gotten back to her, including Florida.

"I'm confident I was ignored by the governor’s office in Florida," said Whyte.

The White House has said the reports can be made public but is leaving it up to individual states. Oklahoma regularly publishes them online.

In the Sunshine State, the governor's office directed us to the public record system to obtain a copy. The trouble is that requests can often take weeks or months to fulfill.

Epidemiologists told us the delay is not ideal.

Trepka said while she applauds the state for releasing a lot about COVID-19 -- the federal reports could further help the public.

A few of Florida's reports have leaked online. Journalists who waited out long info requests have posted others.

The analysis shows the state isn't following some of the federal recommendations offered.

In August, the task force called for a statewide mask mandate in counties with 50 or more active cases. The governor instead allowed counties to decide on their own.

Whyte said she would keep pushing for the information, believing it to be in the public's interest. Whether Florida officials agree and cutback red tape remains to be seen.

Here are some things you should keep in mind about Florida's COVID Task Force reports: