Gov. Ron DeSantis' schedule: A look at who the governor's been meeting since the pandemic began 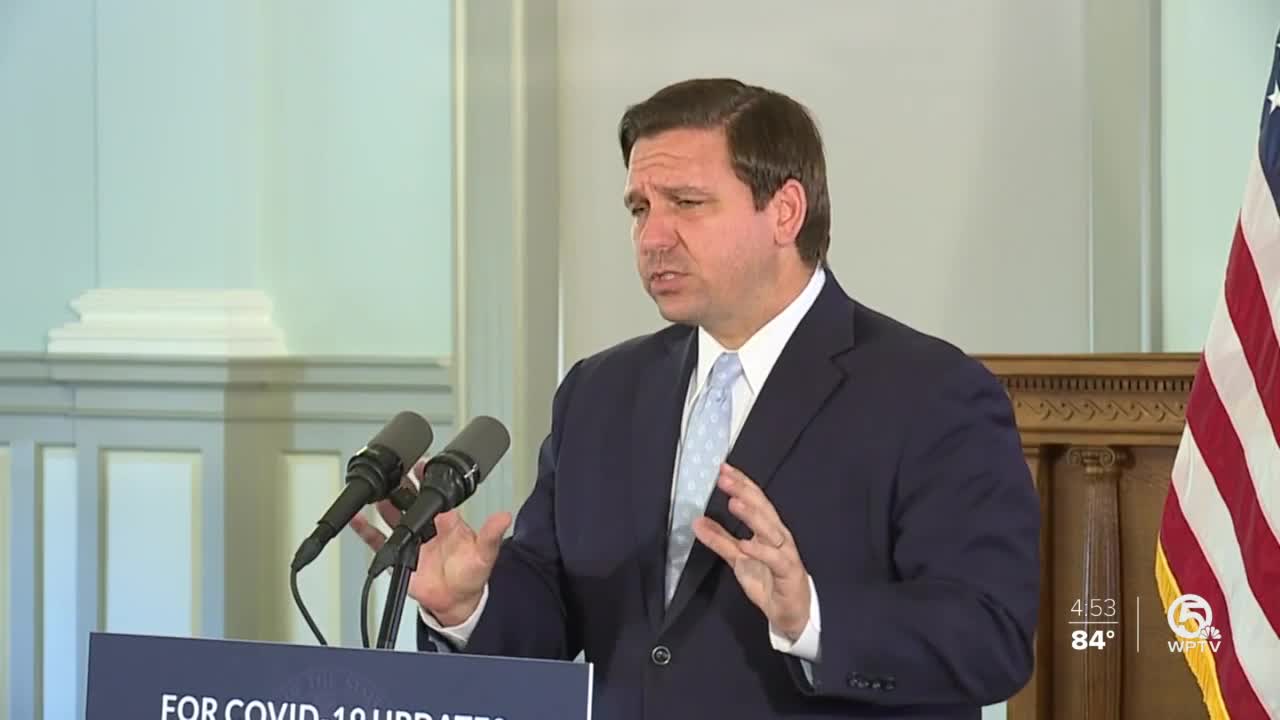 From holding roundtables to weekly press conferences around the state, the pandemic has kept Florida’s governor busy.

TALLAHASSEE, Fla. — Almost every day, state officials publish Gov. Ron DeSantis’ schedule. They pop into the inboxes of email accounts across the state.

We combed through each, starting with March 1, the day the governor declared COVID-19 a public health emergency.

After reviewing seven months' worth of schedules, the first big standout is the number of news conferences DeSantis has done -- at least 140 around the state. Many of them were roundtables with experts supporting his COVID-19 actions.

Political Communications expert Joshua Scacco, an assistant professor at South Florida, said the news briefings were not ideal for journalists despite providing accessibility.

"They only allow for a certain amount of question and response,” Scacco said. "There are multiple journalists asking questions --talking over each other. They're a bit chaotic at times. They're not the opportune format for really digging down."

Scacco said politicians are aware of the drawbacks and use news briefings like the governor's to control messaging.

"They can use these press conference formats to be able to telegraph an image of 'accessibility' without the potential of accountability and depth,” said Scacco.

One-on-one interviews are a much better way to get that accountability. DeSantis has done quite a few, 32, with national operations by our count. But, most have been with one company, Fox News, and conservative hosts like Sean Hannity.

Local press has secured only 11 exclusive interviews with the governor. Most of those interviews focused on Hurricane Sally.

When it comes to meeting with agency heads, our count doesn't include any press conferences DeSantis had with officials. Instead, we tallied just calls and face-to-face meetings. While the governor may have spoken to them at other times not reflected on his schedule -- without a record -- we decided to not include them.

The agency official DeSantis has spoken with most often since March is Emergency Management Director Jared Moskowitz, who shows up 88 times. Surgeon General Scott Rivkees is next— dialing in or meeting DeSantis 69 times. Medicaid chief Mary Mayhew appeared on scheduling 26 times. Department of Management Services Secretary John Satter, who has been handling Florida’s struggling unemployment system, spoke with the governor 21 times.

By comparison, Satter had nearly as many meetings or calls as President Donald Trump. The fellow Republican showing up 19 times on the governor’s schedule. That is more than Secretary of State Laurel Lee, 14 times, and more than twice as often as Education Commissioner Richard Corcoran, seven times.

DeSantis has met with a slew of other officials, too. The list includes politicians, corporate leaders, and more. He also often clocks hours on the weekend.

His schedules do make at least one thing very clear, the pandemic has kept him busy.

Here are some takeaways after looking at the governor’s schedules: