Coast Guard seizes 2,000 pounds of marijuana worth more than $3.5 million 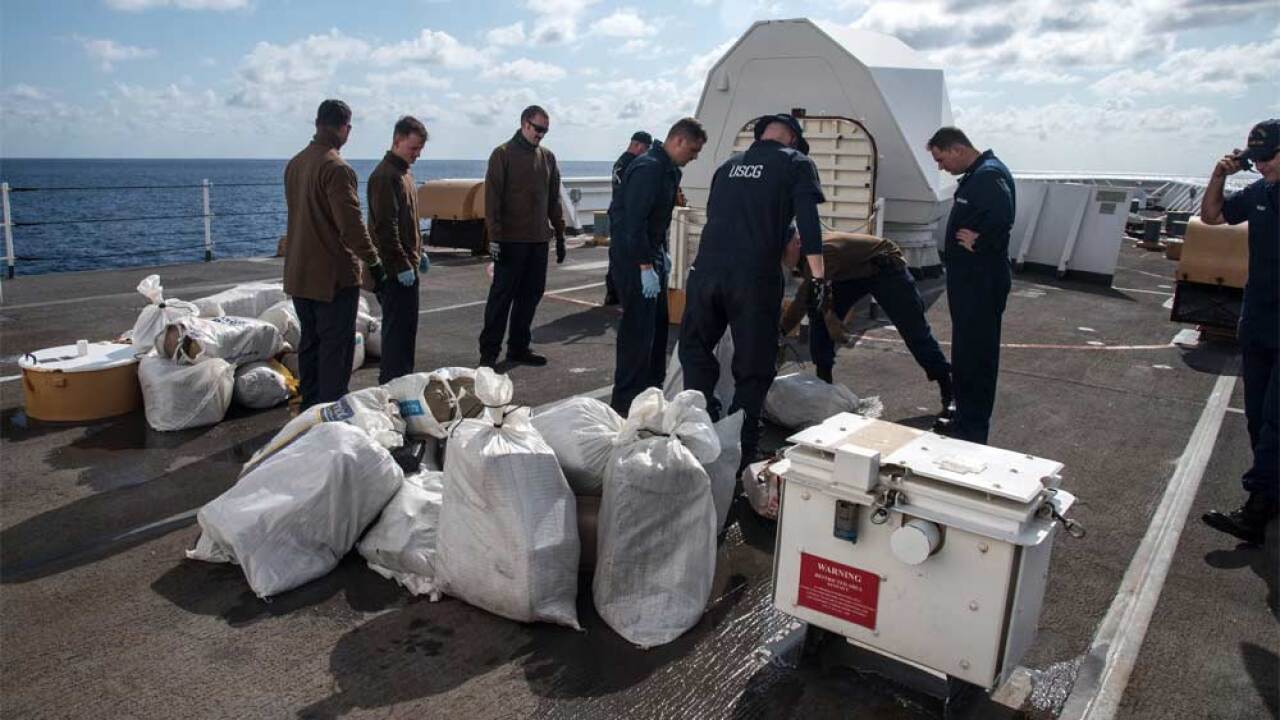 U.S. Coast Guard
The U.S. Coast Guard on March 22, 2019, recorded their first marijuana interdiction while on patrol in the Caribbean Sea seizing nearly 2,000 pounds of contraband worth over $3.5 million.

The Coast Guard said they made their first marijuana interdiction while on patrol in the Caribbean Sea, seizing nearly 2,000 pounds of contraband worth more than $3.5 million.

They also apprehended six suspected smugglers and the seizure of nearly 2,000 pounds of marijuana worth more than $3.5 million.

“Even more important than the drugs (the crew) kept from reaching our borders, this crew prevented the criminal organizations from using the illicit proceeds from these drugs to further their criminal enterprises and sow violence and corruption wherever they operate,” said Capt. Mark Gordon, commanding officer of the Hamilton.

As part of its Western Hemisphere strategy, the Coast Guard says they are increased their presence in the eastern Pacific Ocean and the Caribbean Sea.

The cutter Hamilton is 418-foot National Security cutter based in Charleston, South Carolina, billed as one of the vessels "critical to defending and extending (American) borders far from land."

The Coast Guard says the cutters like the Hamilton are able "to deploy for extended periods of time to support national objectives and enforce U.S. law far from our shores."