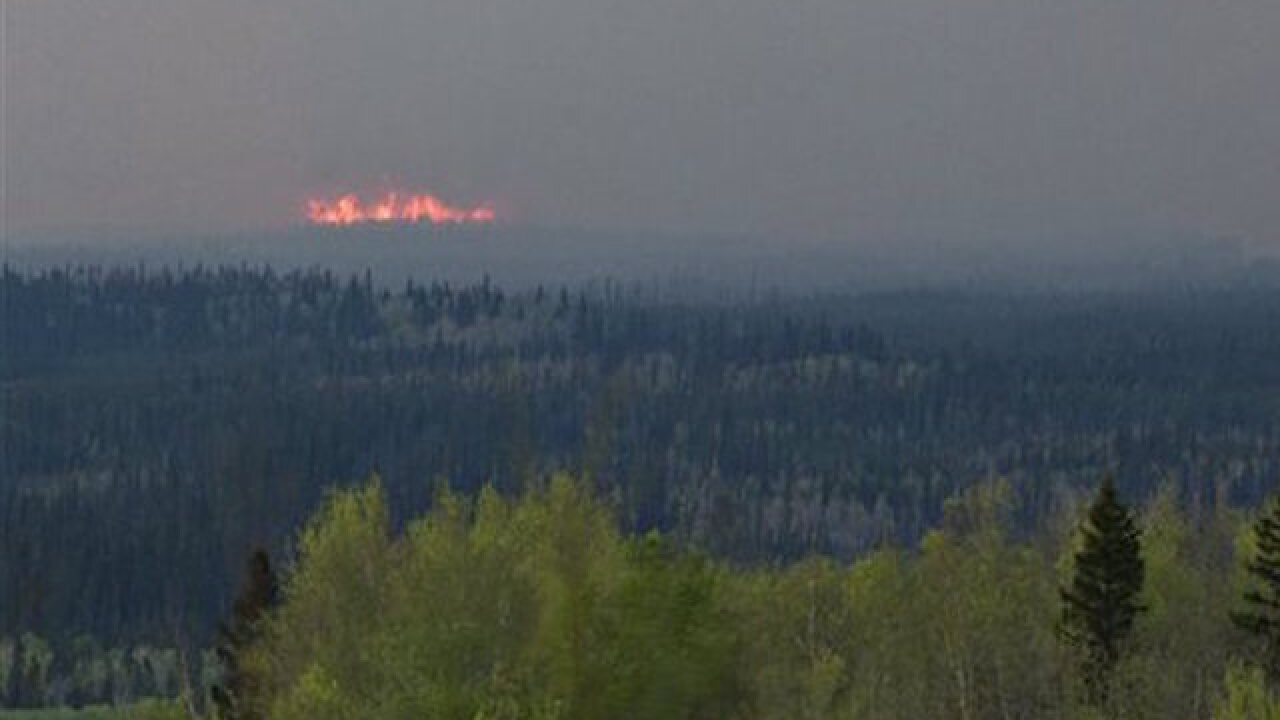 FORT MCMURRAY, Alberta (AP) — Canadian officials waited for dawn Friday to see whether it will be safe for a convoy of evacuees to get out of the fire-ravaged Fort McMurray area.

Gasoline tankers were being sent in to top up fuel tanks for a drive to the south.

Meanwhile, a mass airlift of evacuees was expected to resume Friday morning, a day after 8,000 people were moved out.

In all, more than 80,000 people have left Fort McMurray, in the heart of Canada's oil sands, and officials say no deaths or injuries related to the fire have been reported.

Crews battling the fire got a little help with temperatures forecast to fall overnight to 16C (61F) from the low 30s.

The Alberta provincial government, which declared a state of emergency, said more than 1,100 firefighters, 145 helicopters, 138 pieces of heavy equipment and 22 air tankers were fighting the fire, but Chad Morrison, Alberta's manager of wildfire prevention, said rain is needed.

"Let me be clear: air tankers are not going to stop this fire," he said. "It is going to continue to push through these dry conditions until we actually get some significant rain."

Environment Canada forecast a 40 percent chance of showers in the area on Saturday.

Homes and businesses have been destroyed, and that poses a particular problem for temporary foreign workers whose permits are linked to specific employers.

Marco Luciano, Albert spokesman for the Coalition for Migrant Workers Rights Canada, foreign workers generally are hired by various lodges and restaurants, or to provide childcare for local families.

At least 18 people have made it to Edmonton, Luciano said Thursday.

"They evacuated only with their working uniform on," he said. "They had no time to pick up anything from their homes, and they came directly to Edmonton yesterday ... They don't know what to do."

Fort McMurray is surrounded by wilderness, and there are essentially only two ways out via road.

Unseasonably hot temperatures combined with dry conditions have transformed the boreal forest in much of Alberta into a tinder box. Morrison said the cause of the fire hasn't been determined, but he said it started in a remote forested area and could have been ignited by lightning.

The region has the third-largest reserves of oil in the world behind Saudi Arabia and Venezuela.