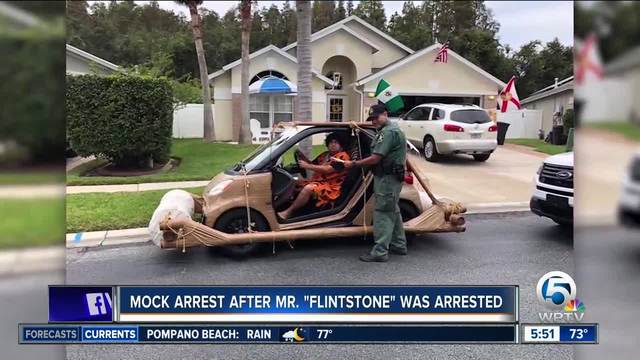 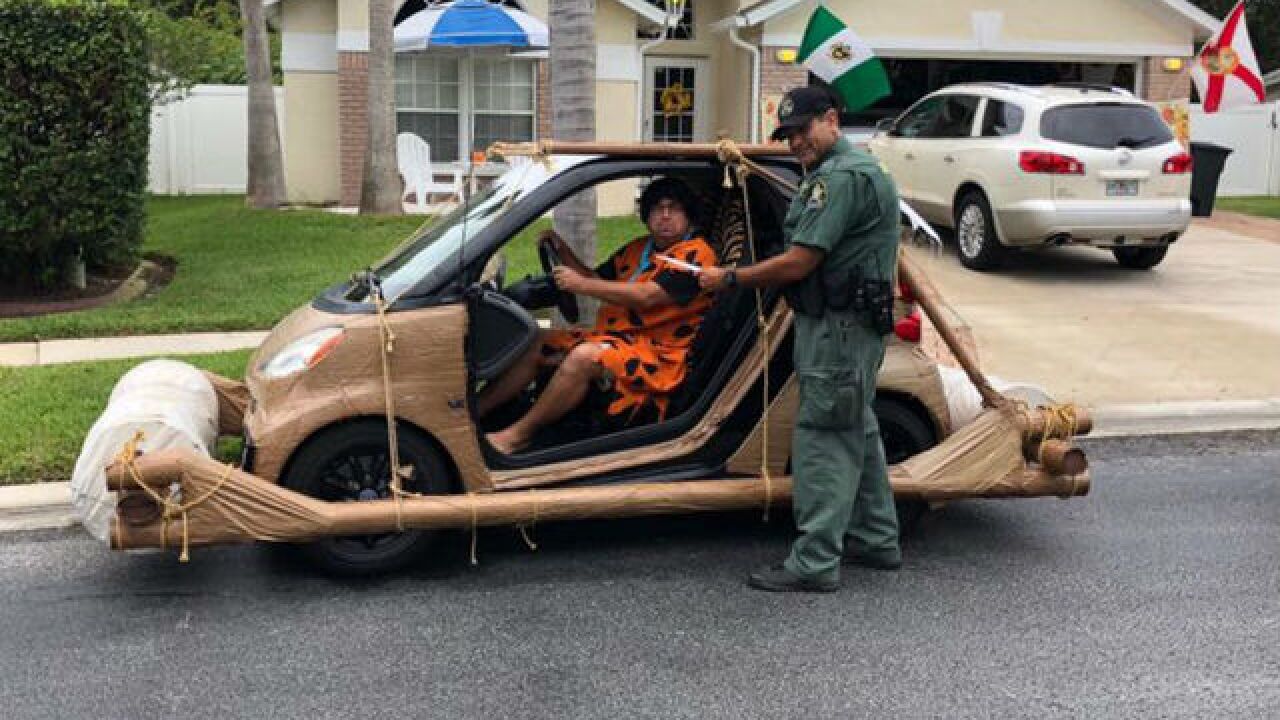 No, it wasn't Bedrock. It was Florida, of course.

On top of that, Swartz was driving a small car that was meticulously tricked out to look like Fred's legendary footmobile.

The sheriff's office said in a lighthearted Facebook post that Swartz was pulled over for speeding in the Meadow "Bedrock" Pointe Subdivision in Wesley Chapel.

Swartz was cited and issued a notice to appear and released.

The deputy then seized the vehicle, which the sheriff's office said "is now part of the PSO fleet. This is what intelligence-led policing looked like in the Stone Age."

Let's hope 'Fred" wasn't late to work at the local gravel company because of his run-in with law enforcement!