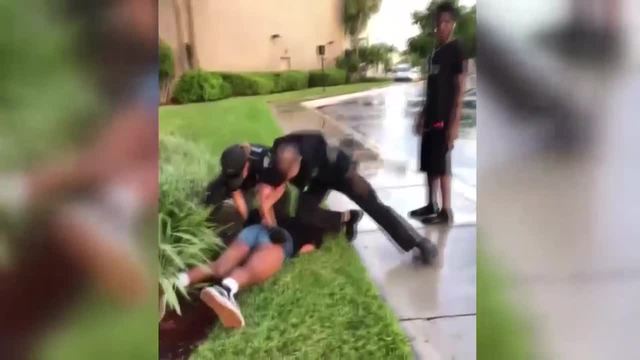 A viral video of a police officer hitting a 14-year-old girl during an arrest has caused outrage in a Florida community. 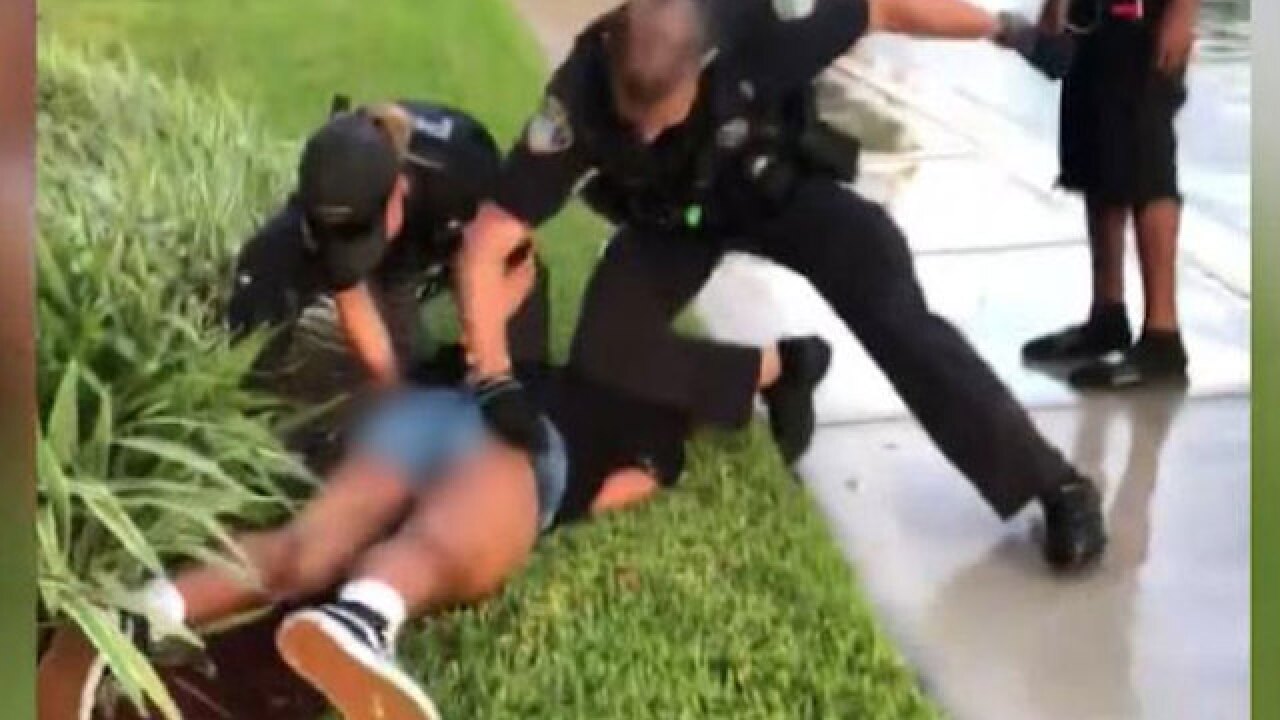 (CNN) -- A viral video of a police officer hitting a 14-year-old girl during an arrest has caused outrage in a Florida community.

The video -- posted to Instagram on Friday -- shows a girl being held down by two officers, one man and one woman. The male officer hits the girl in the side twice as he holds her shorts.

The police department in Coral Springs, about 29 miles northeast of Fort Lauderdale, said in a statement on Facebook on Friday that the video does not show the entire incident that led to the arrest.

Police said the incident took place Thursday when officers were called to Coral Square Mall about unruly teens who had been harassing people and causing a disturbance. When officers met with mall security, a mother told officers one of the teens shoved her 5-year-old child to the ground. Mall security also told officers one of the teens hit another teen. Officers issued a trespassing warning to the unruly teens and barred them from the mall.

The teens then returned to the mall, police said, where a boy was taken into custody without incident, but the girl in the video began cursing and attempted to rile up the other teens. Officers tried to take the girl into custody, but police said she began to fight and resist arrest. It was at this time, police said, that they took the girl to the ground because of "her stature and aggressive behavior" and tried to get her to release her fists.

"As seen in the video she resisted arrest, and in order to have her to comply she was struck in the side to release her clenched fists - she was then handcuffed," the Coral Springs Police Department said in its Facebook statement.

As officers were trying to put her in the patrol car, police said she "violently kicked" one of the officers.

"The Coral Springs Police Department believes in transparency," the department's statement read. "It is important for people to have all of the facts before rushing to judgment of an officer's actions when faced with calls for service involving violent suspects -- regardless of their age or gender."

The girl's mother, Jessica Dennis, told CNN affiliate WSVN-TV it was difficult for her to watch the video.

"She clearly wasn't aggressive. Everyone could see she was laying there," Dennis said. "So I just want justice to be served."

"It's clear from the video that my client was on the ground," Moldof told WSVN. "Her hands are under her belly, the officer's knees are on her back, and he's just gut-shotting her, like one after another."