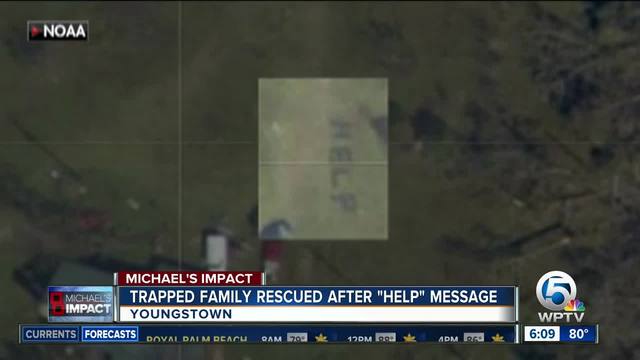 Some residents trapped in the aftermath of Hurricane Michael sent out a satellite SOS. Lucky for them, their family got the message. 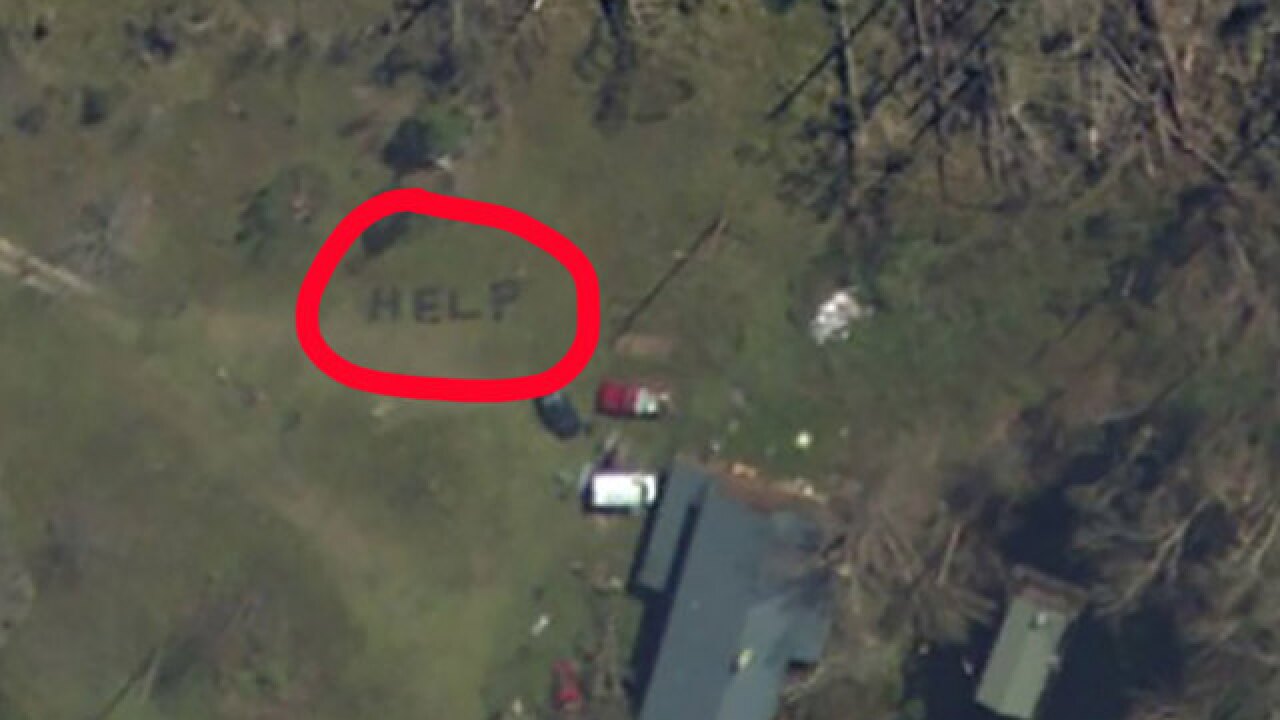 (CNN) -- Some residents trapped in the aftermath of Hurricane Michael sent out a satellite SOS. Lucky for them, their family got the message.

After Michael slammed through the Florida Panhandle last week, April Hand spent Saturday checking on possible property damage to the home of her fiance's aunt and uncle.

They were scrolling through updated satellite images of the property from the National Oceanic and Atmospheric Administration's website when they saw something that stopped them in their tracks -- the word "HELP," spelled out in all caps at the property outside Panama City.

Amber Gee is the sister of Hand's fiance. She had evacuated to Hand's home in Gulf Breeze, Florida, and saw the "HELP" sign first. She then showed it to a stunned Hand.

"I was worried," Hand told CNN, explaining they didn't know if Gee's aunt and uncle, Ernie and Susan Gee, and an elderly neighbor who was with them, had been evacuated or had decided to ride out the storm. No one had been able to reach them. So if the three were still on the property the "HELP" sign, assembled with logs, was most definitely a cry for help

A call for help was answered

Hand immediately called the Bay County Department of Emergency Services, which sent deputies to rescue them. It took the deputies a little while to get to the property because the road leading to the house there was blocked by fallen trees. But eventually they cleared a path and reached the Gees and the elderly neighbor early Sunday morning.

Bay County called it another example of how people in the area were pulling together after such a devastating storm.

"This is an incredible story of how people are working together in this situation," Bay County Emergency Services wrote on a post on its Facebook page. "Someone from another county was using the mapping app to check property in rural Bay County and noticed the word "help" spelled out in the grass in logs. That person immediately contacted us and sent the picture and we dispatched needed assistance. #850Strong #WorkingAllHours."

Hand says the Gees and the neighbor are doing fine.

"Yes they are OK. My fiance and I took about $500 worth of supplies like water, food, flashlights, batteries and gave it out," she said. "They are safe and are still on the property but have food and water. My fiance plans to go back later in the week to check on everyone."

Hand, who works as a paralegal at a law firm in Pensacola, was born in Panama City and has lived in the area her entire life. She's lived through a number of hurricanes and said that residents are used to the wind, rain and the few fallen trees that come from such storms. But Hurricane Michael was different.

"This was like a bomb that went off in Panama City," she said. "No one was prepared for this."

The satellite imagery that Hand and Gee utilized to help their loved ones can be found on a website from NOAA.

The photos are taken by planes, equipped with cameras, that take images from less than a mile above the devastation. The resulting images are used to observe which areas are the hardest hit, and also helps authorities determine where help needs to go.

"The primary purpose of this imagery is to support emergency response efforts," NOAA spokeswoman Keeley Belva told CNN previously. "Having it available more broadly allows people to check on their property from afar and stay out of harm's way."

The images are very clear, which allows people to not only see if their house is still there, but if it's received roof damage.

They are updated daily, about every 12 hours, and can be viewed here. (Zoom in to your city and neighborhood.)

To find out how you can help the victims of Hurricane Michael, click here.