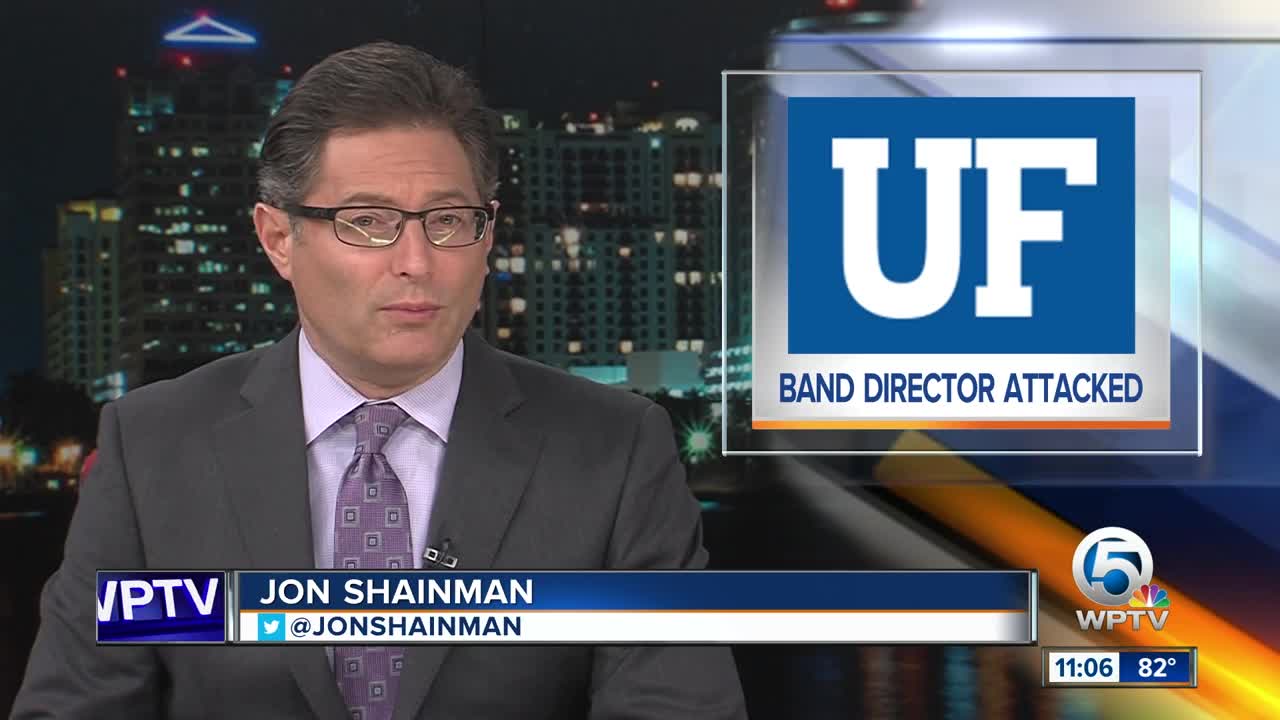 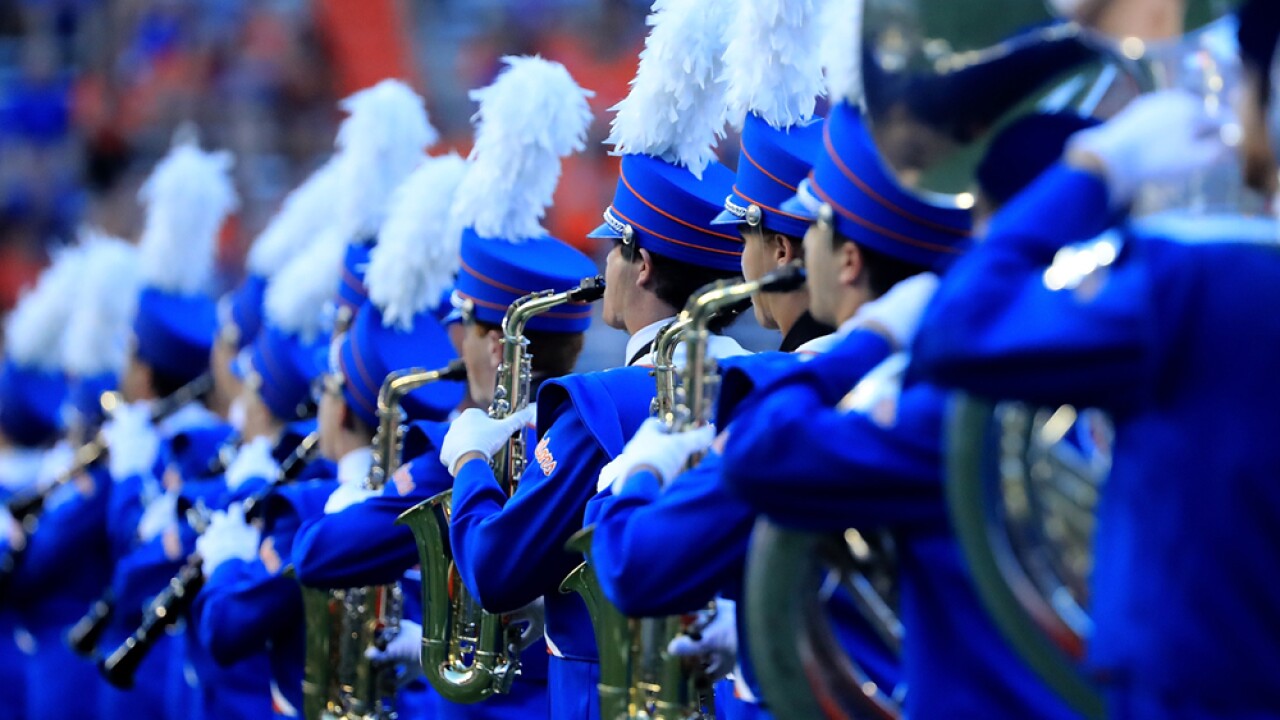 The band was marching in uniform from the stadium to its buses following the game when a female Miami fan tried to cross the line of band students, University of Florida spokesman Steve Orlando told CNN, based on the director's account.

That's when the band director, Jay Watkins, said he put his arm out to stop her and when he did, another person grabbed him from behind in a choke hold and threw him to the pavement, Orlando said.

"Jay suffered bumps and scrapes to his head and elbow," Orlando said. The director was doing "OK" Sunday, the spokesman added.

No students were injured and a report has been filed with the Orlando Police Department, Orlando said, but no arrests have been made.

Orlando police told CNN affiliate WKMG the department is investigating the incident and may release more information on Monday. No charges had been filed as of Sunday night, the affiliate said.

Watkins has been the director of the UF Gator Marching Band since 2006.