Tractor-trailer crashes into Desert Inn and Restaurant in Yeehaw Junction 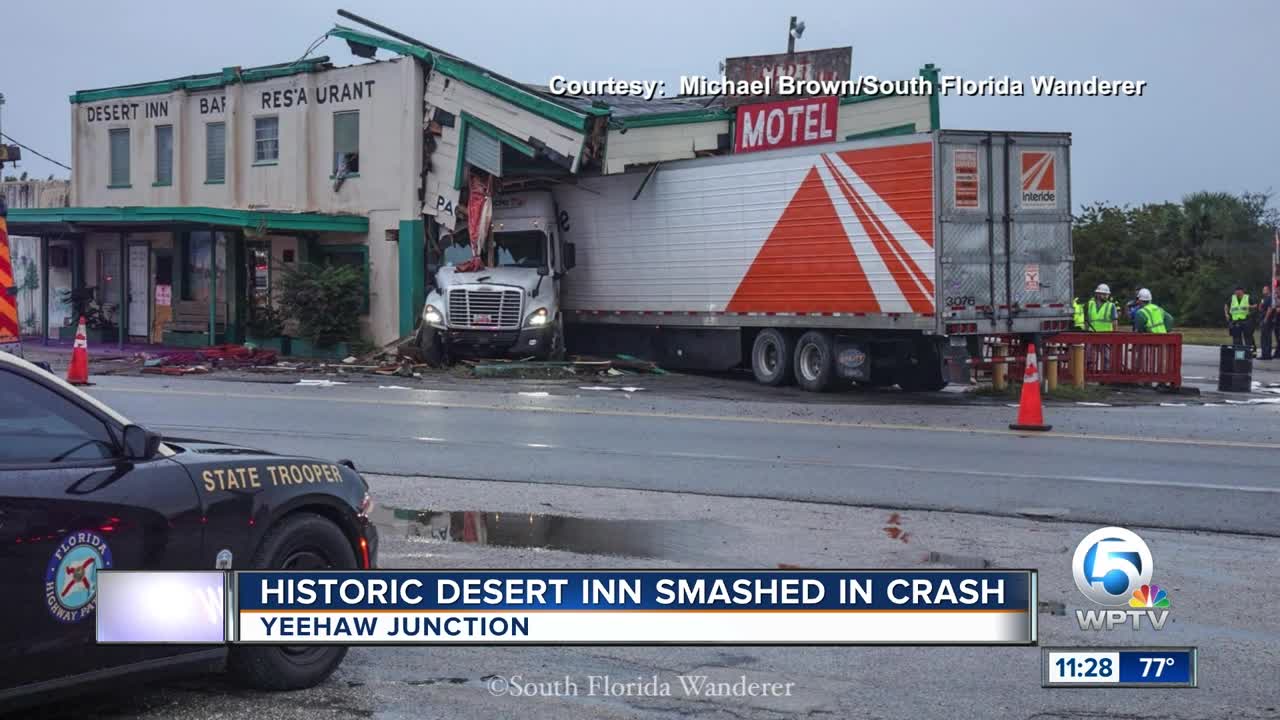 A tractor-trailer crashed into the Desert Inn and Restaurant in Yeehaw Junction early Sunday morning, causing substantial damage to the historic site. 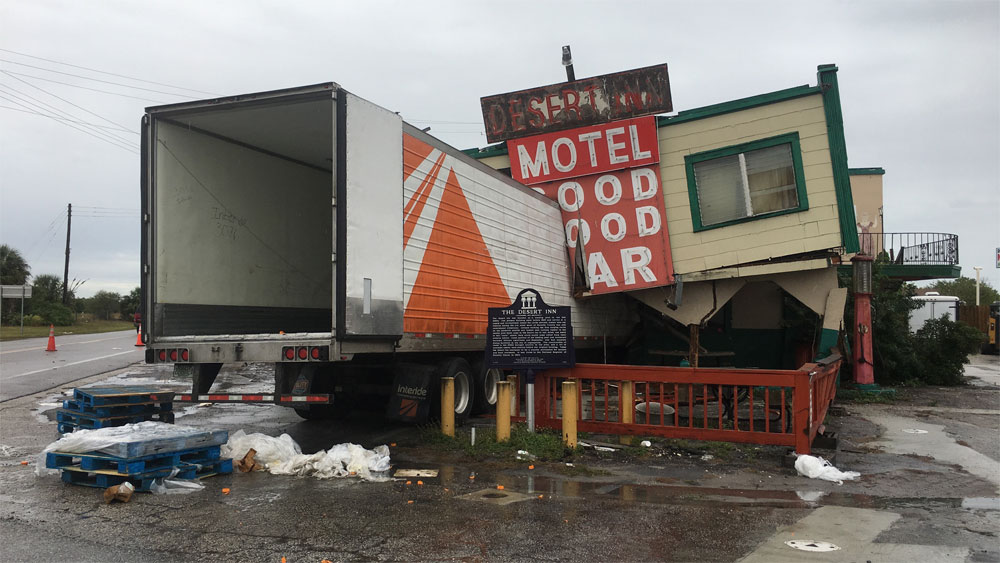 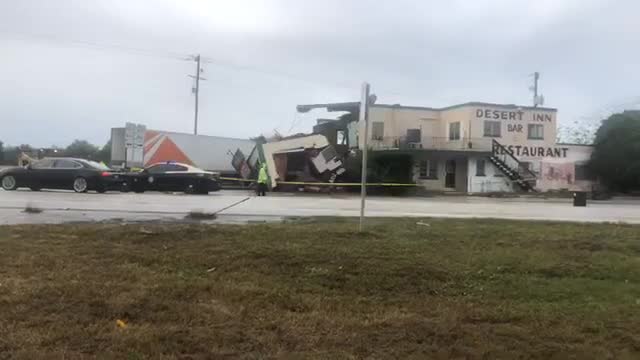 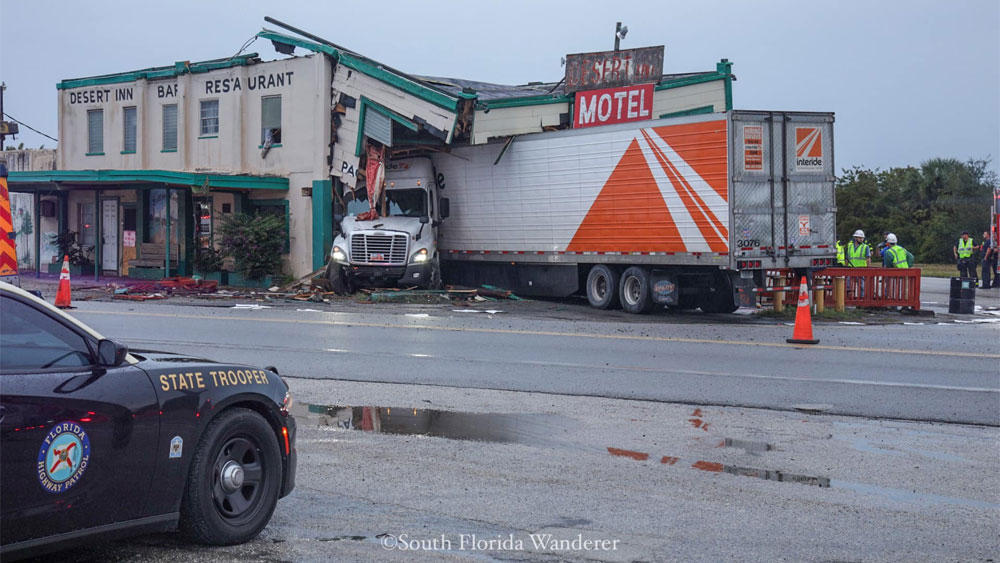 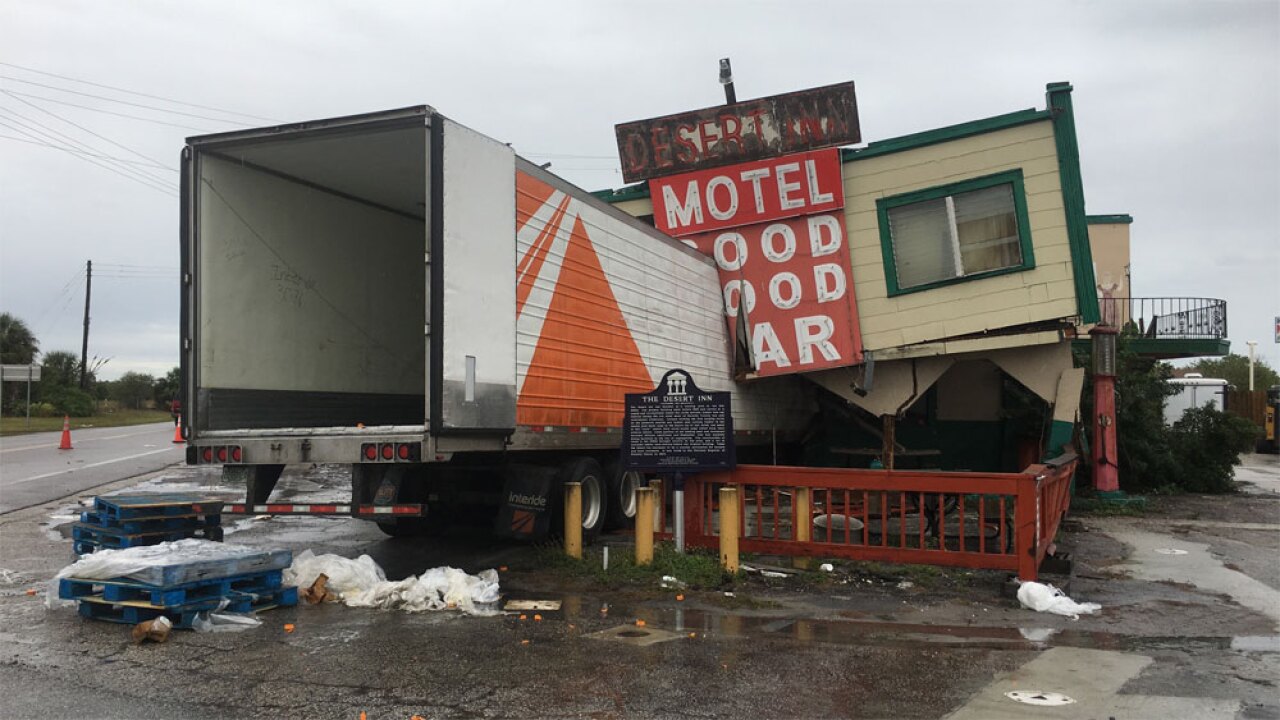 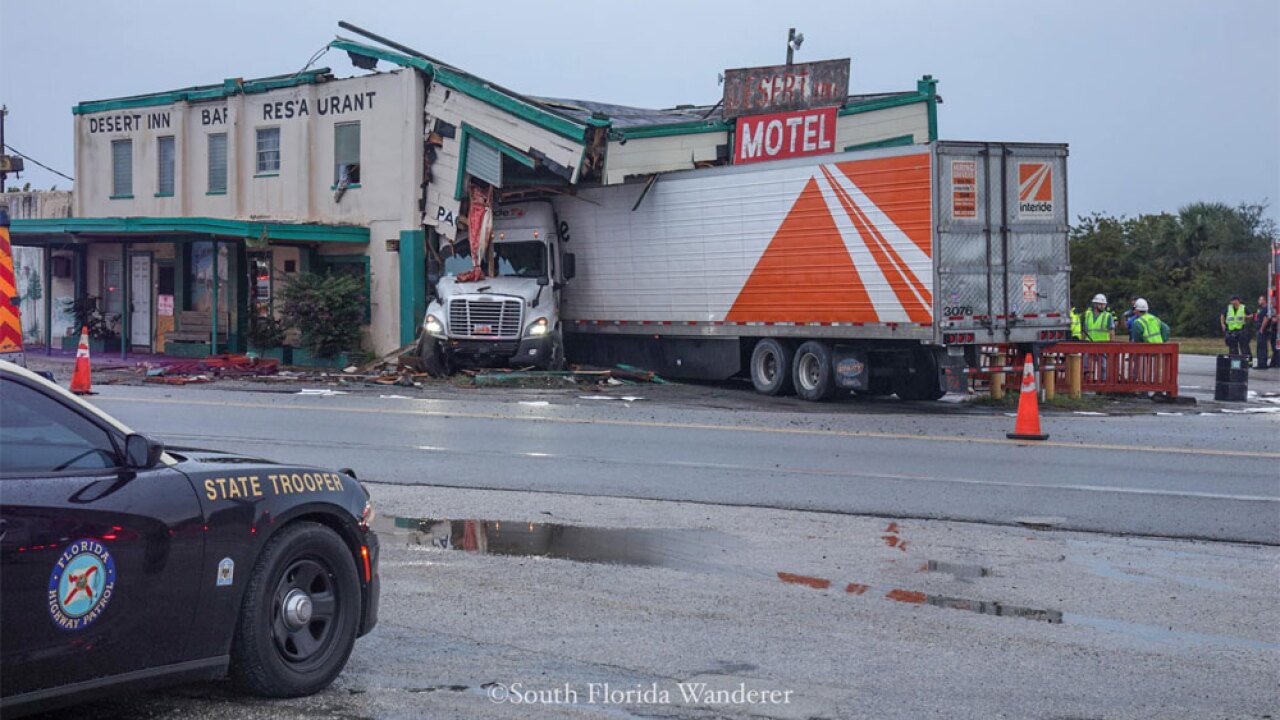 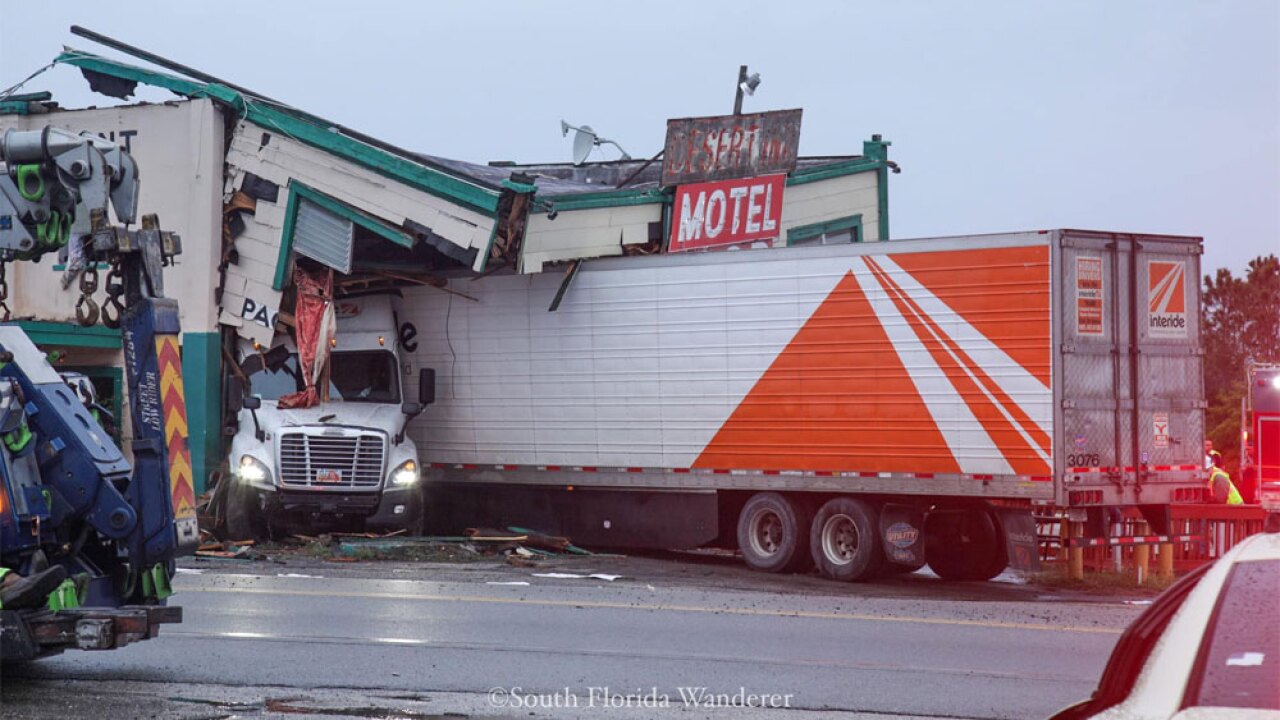 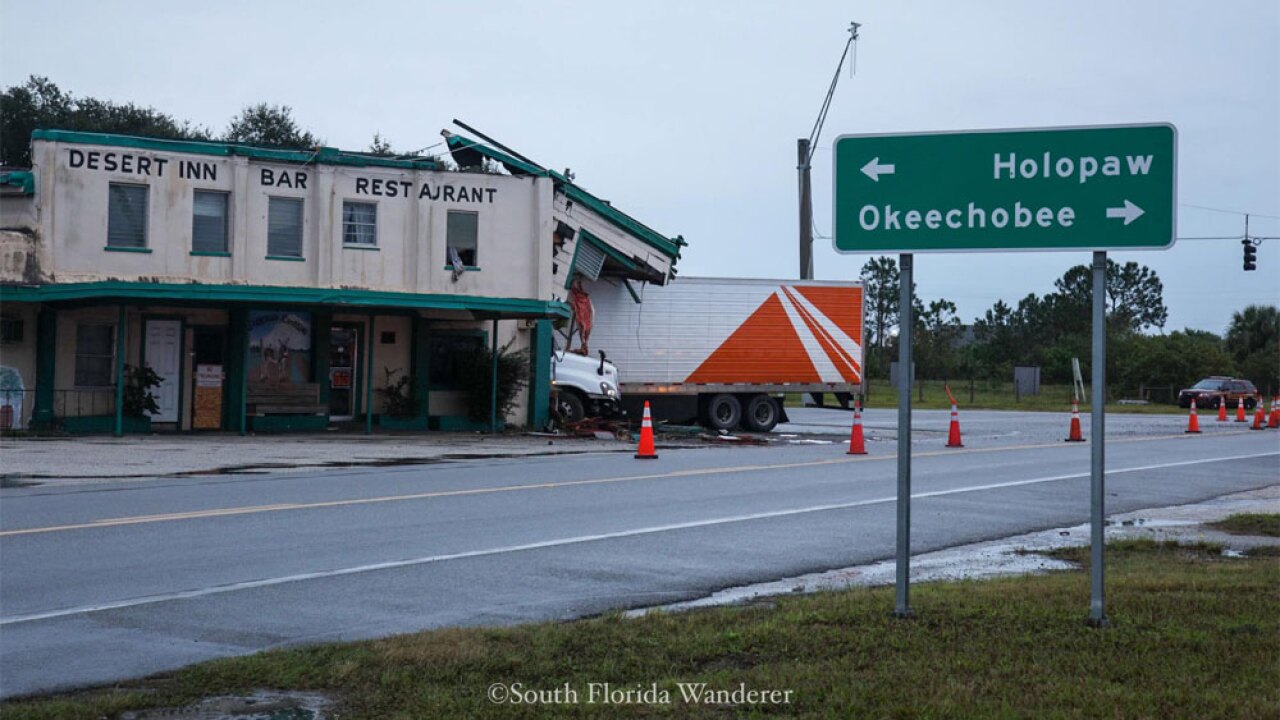 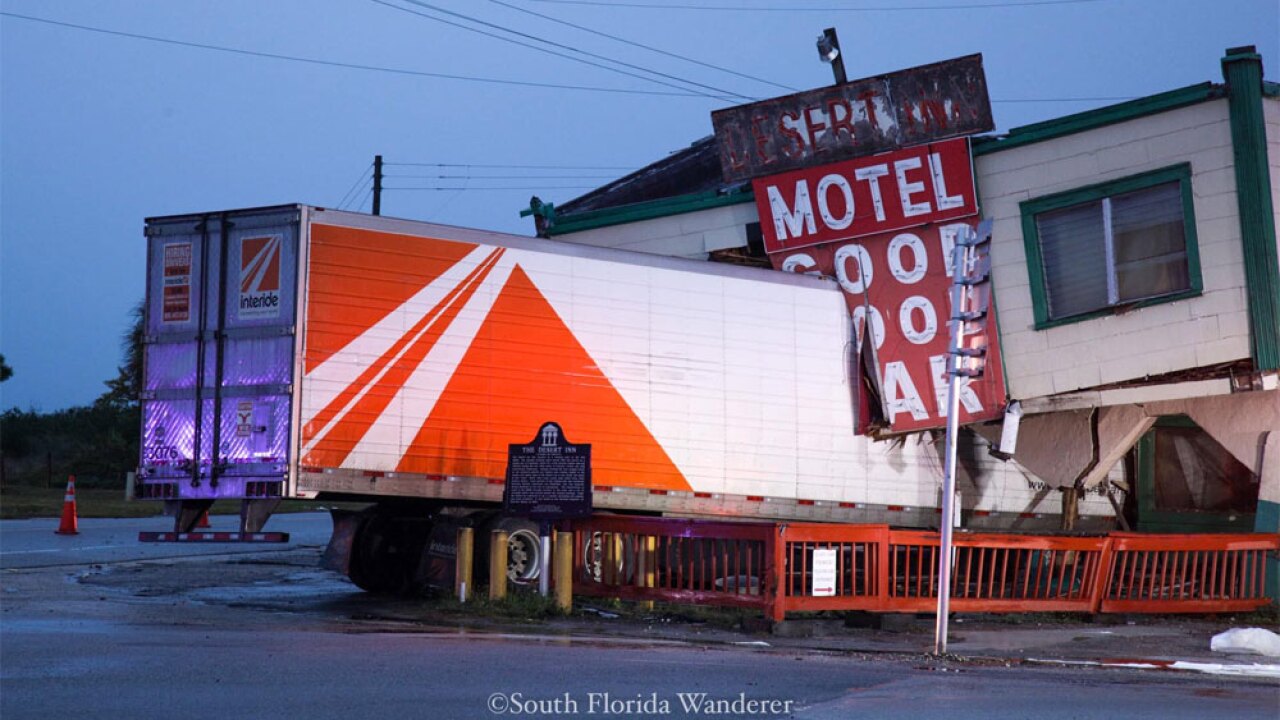 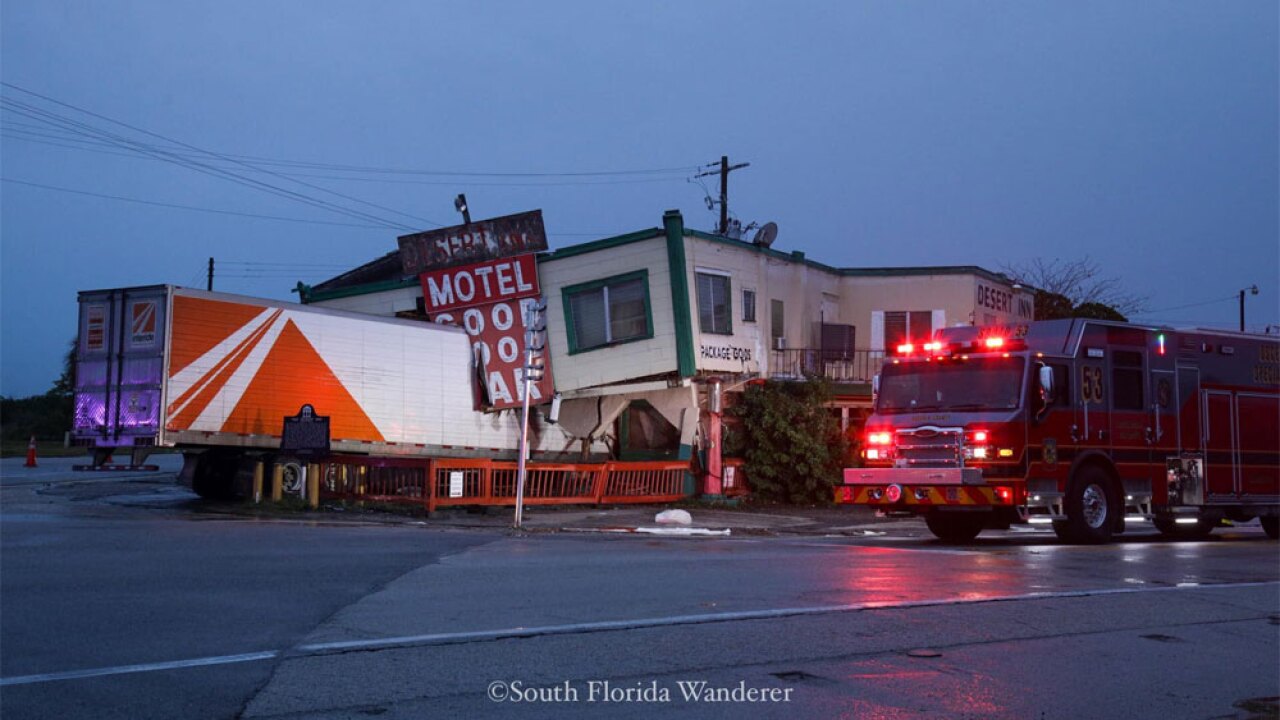 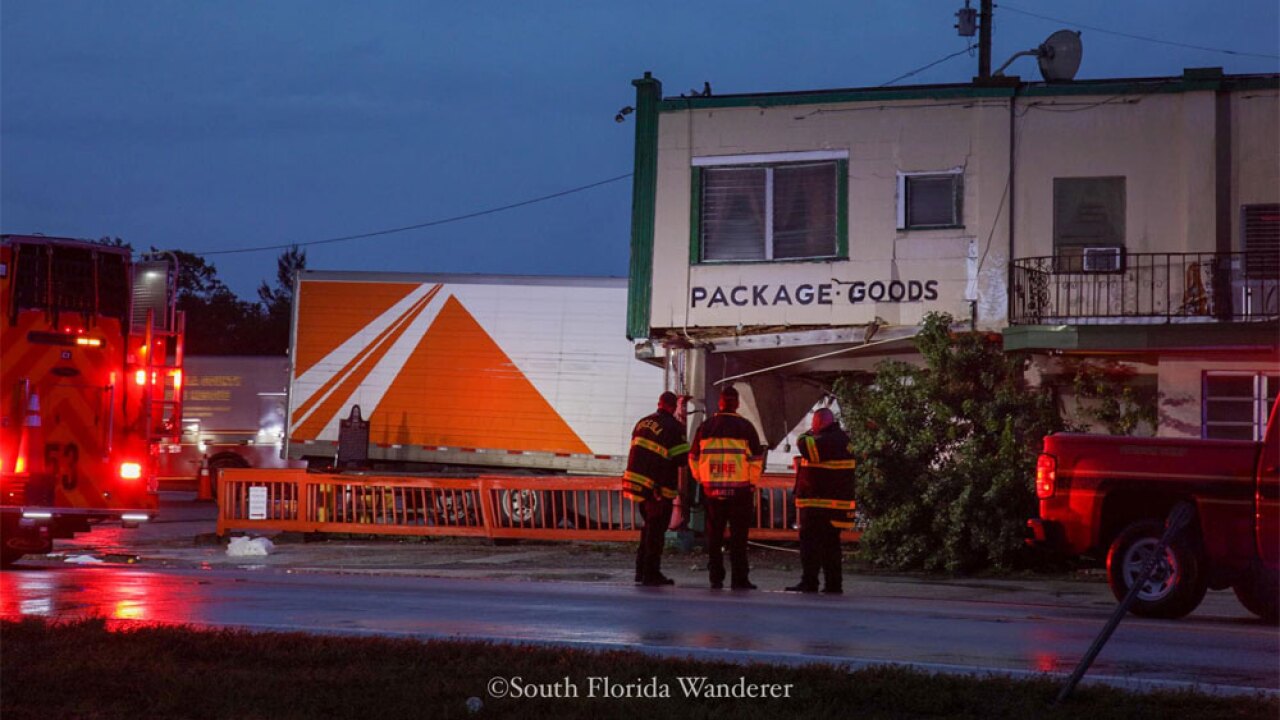 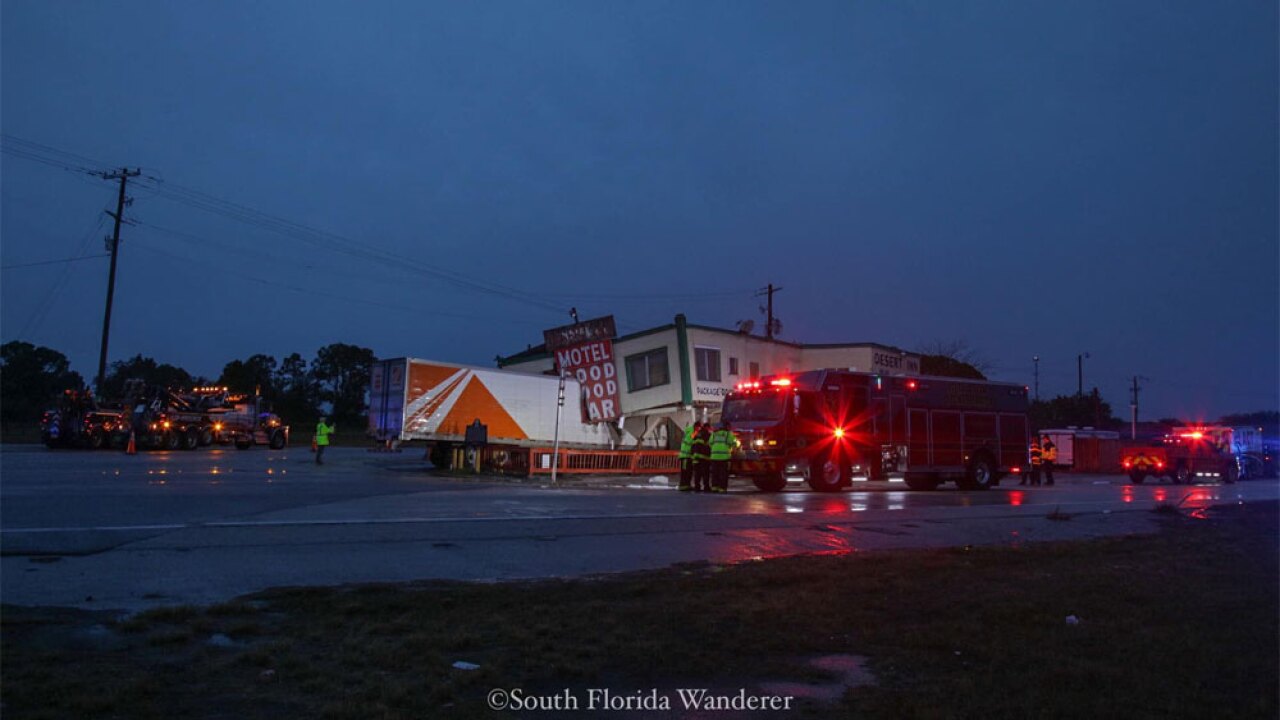 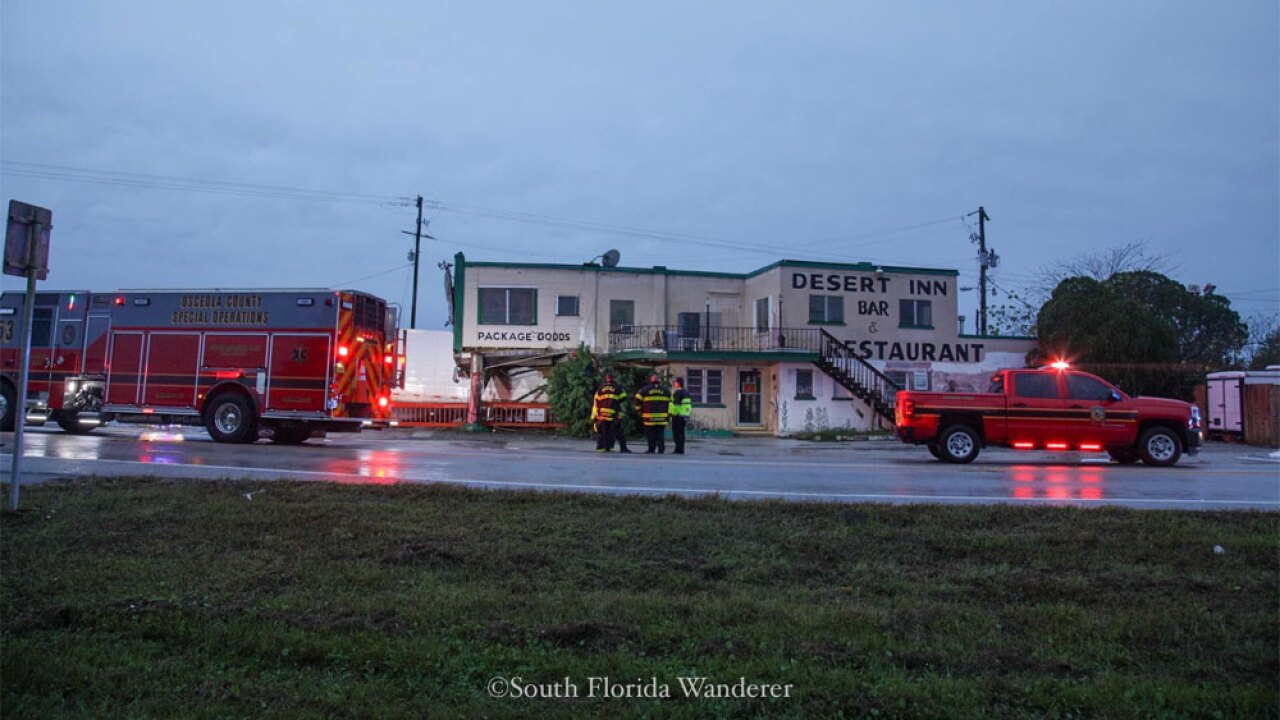 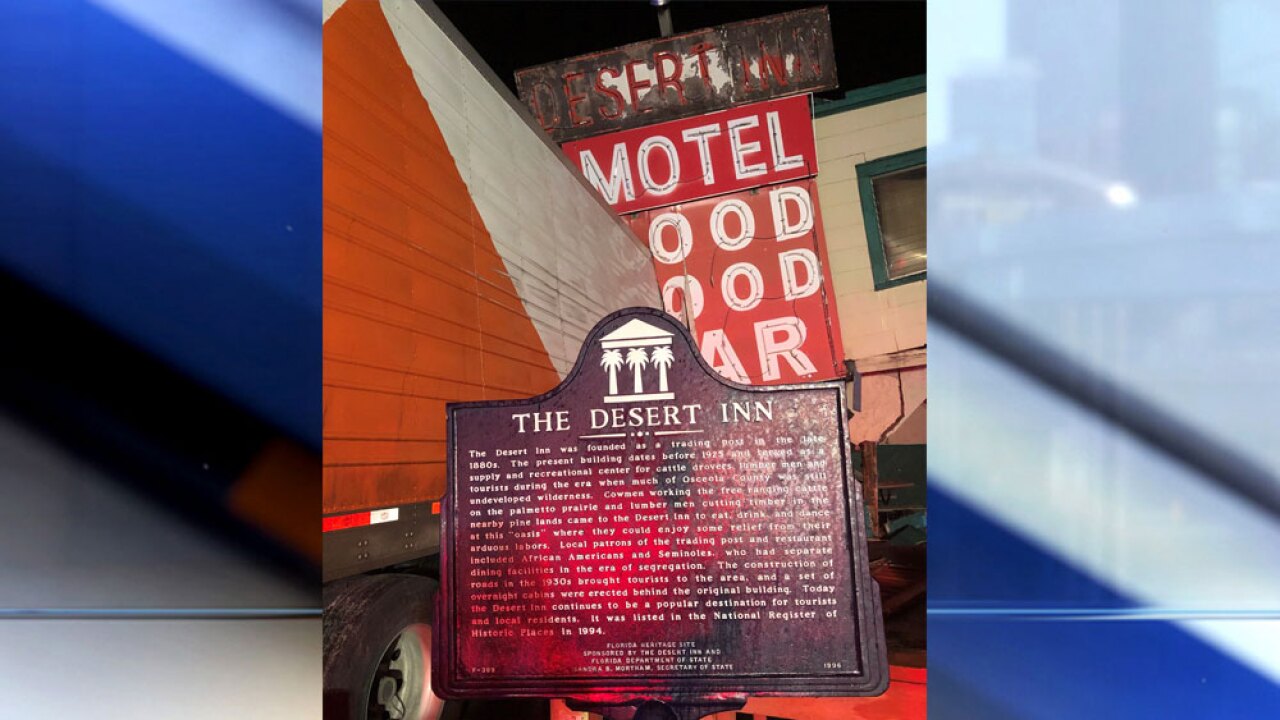 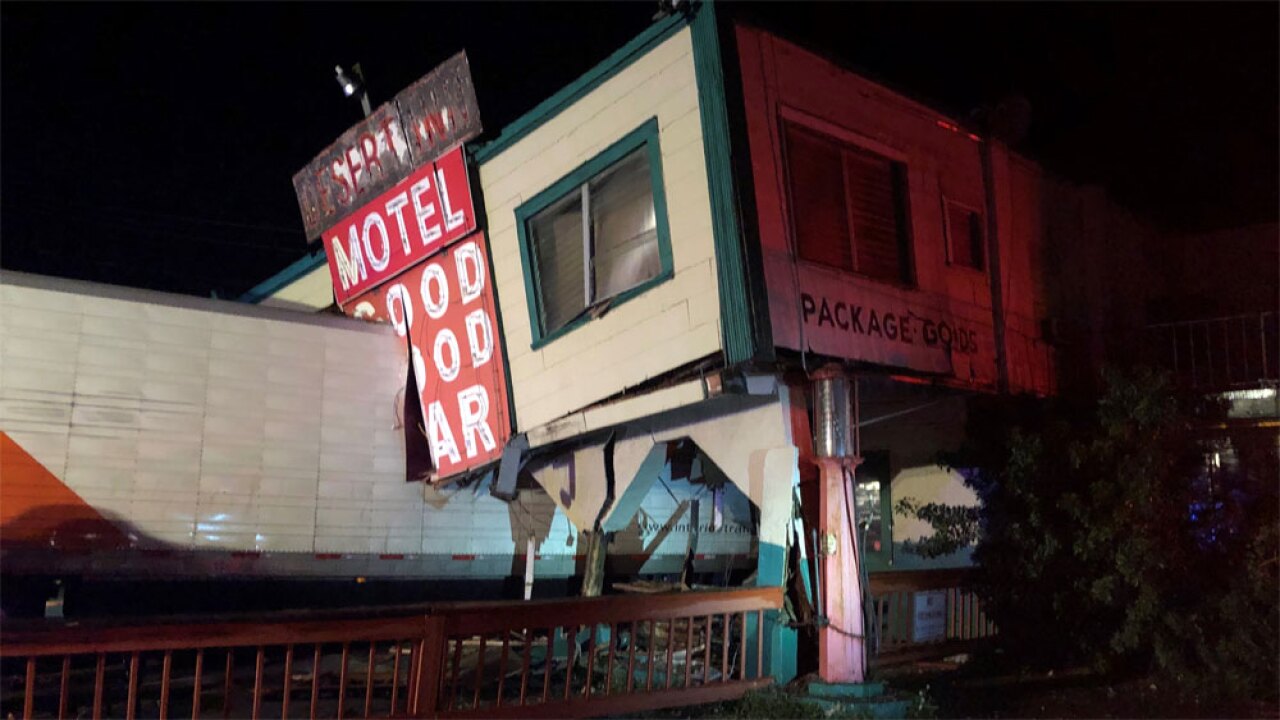 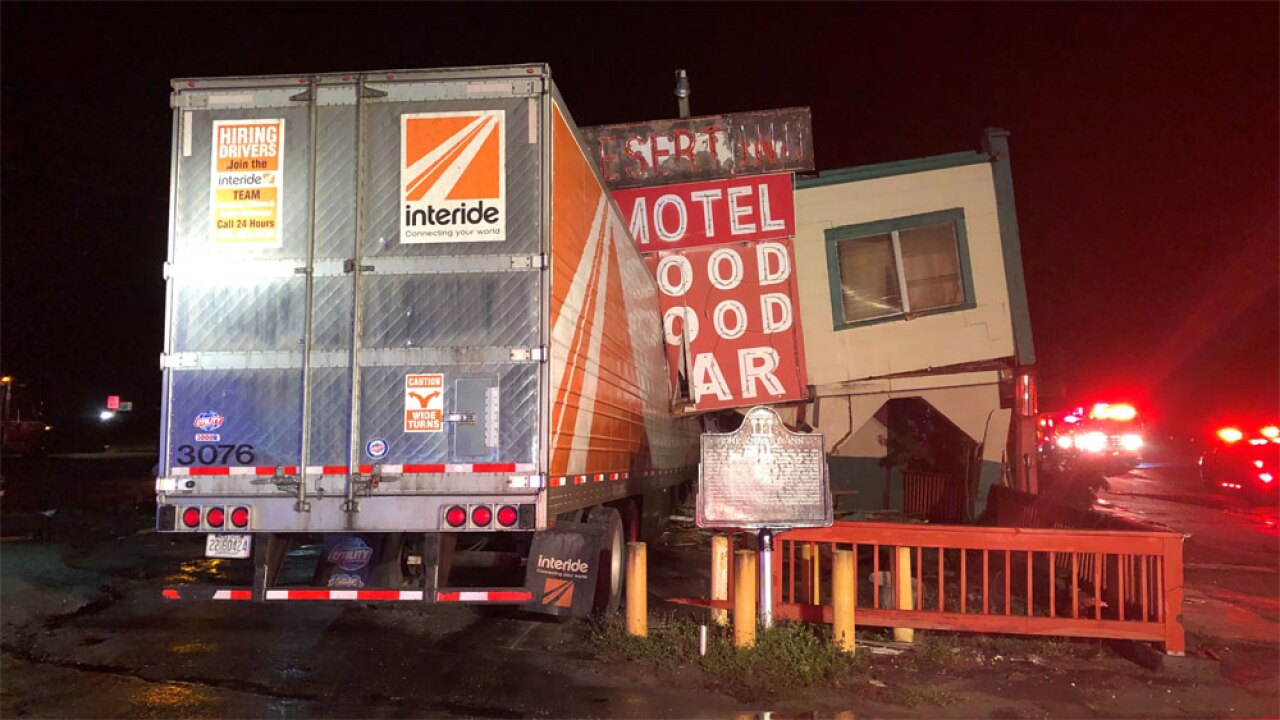 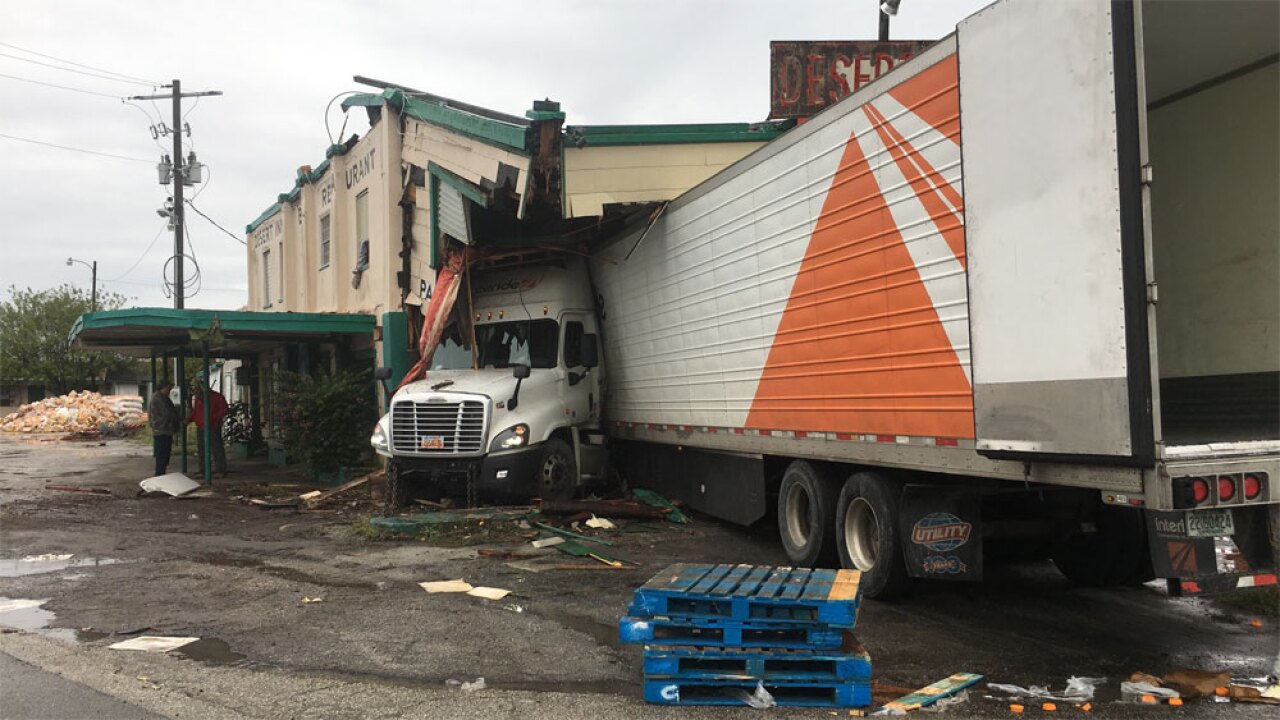 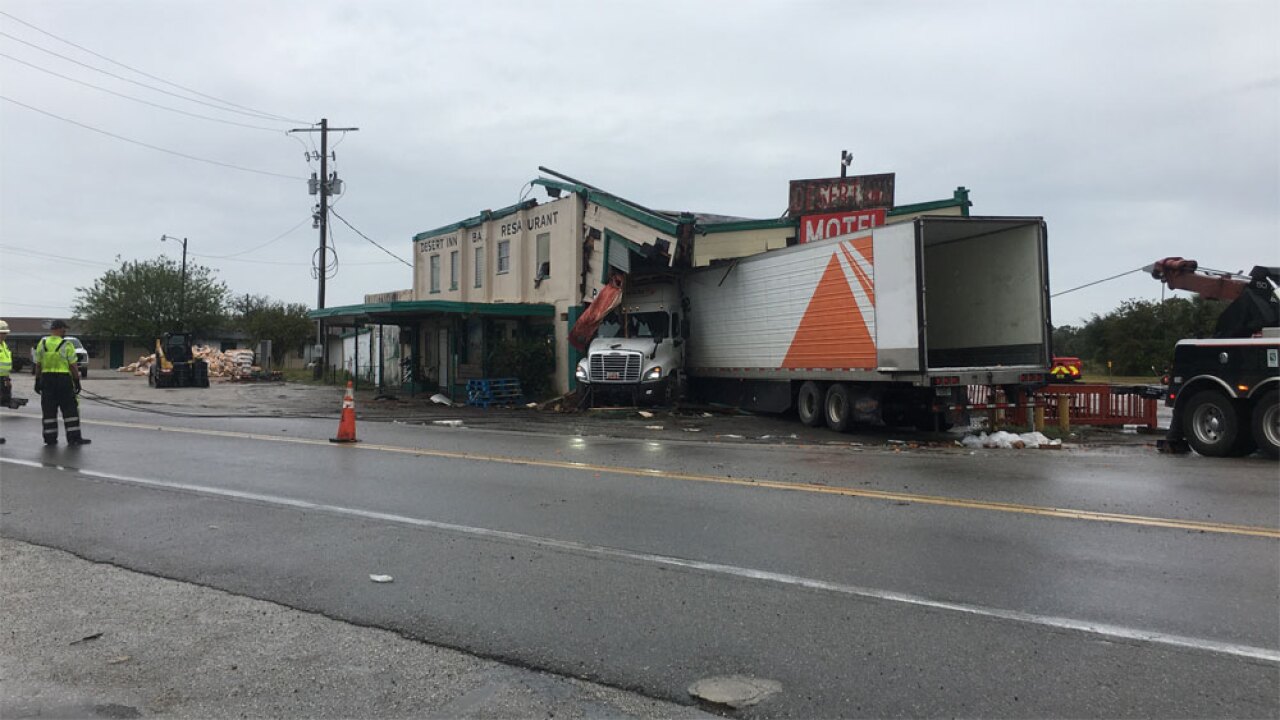 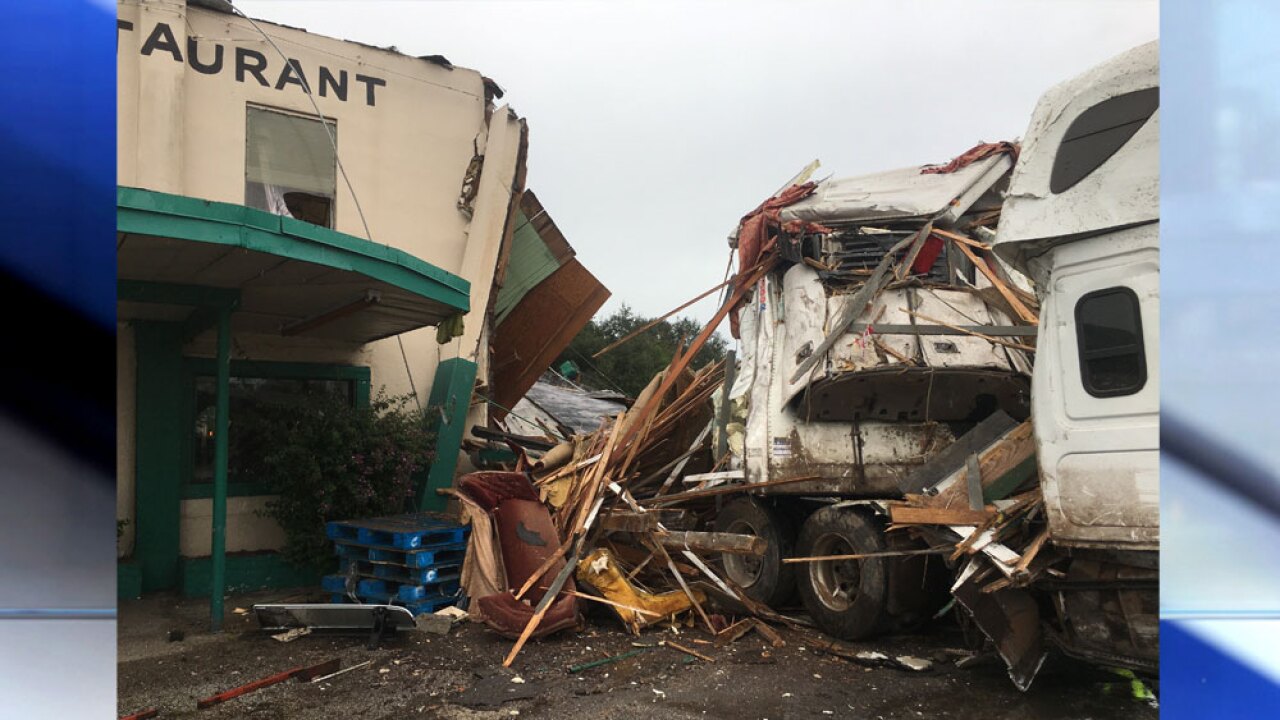 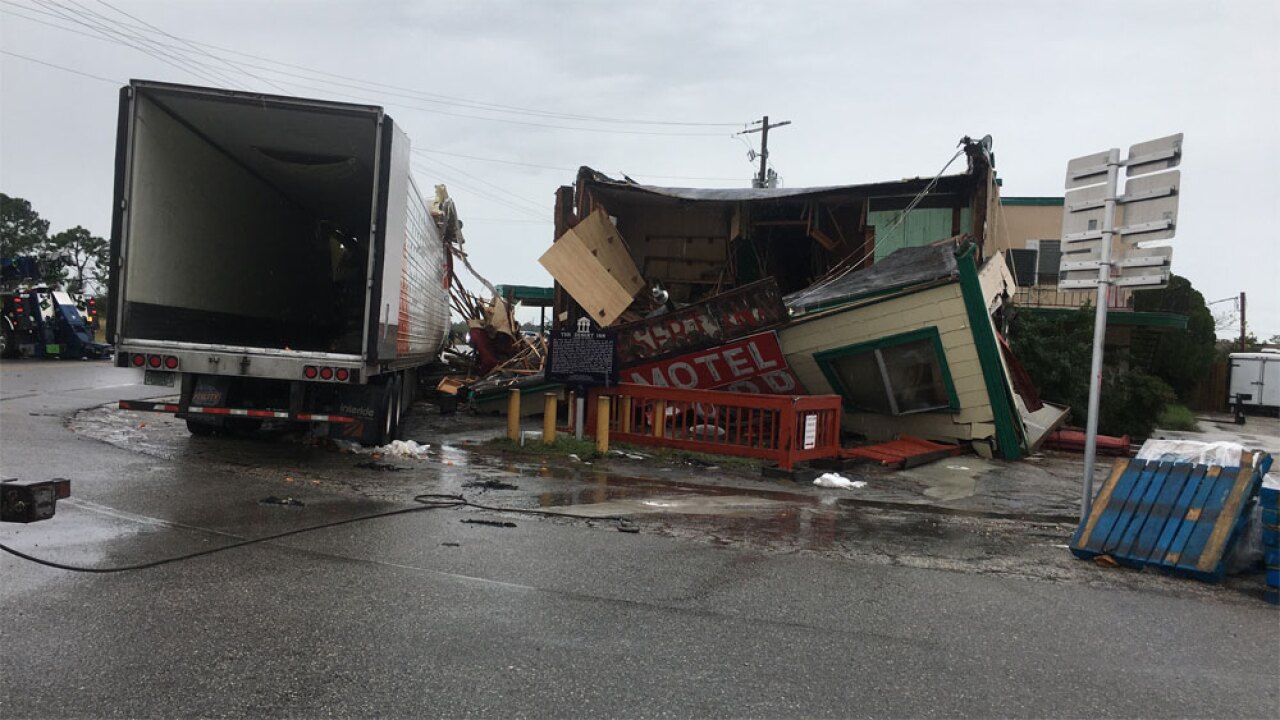 On Monday, the Osceola County Building Department deemed the building unsafe, but former customers want to see it resurrected.

"I wish it would have never happened," said Ken Serakas, a Martin County resident.

Serakas said the site was a popular destination for his biker friends for two decades, and Yeehaw Junction's last historical remnant of a bustling town.

"This was a unique community here," Serakas said. "They had like, two or three motels and a couple restaurants and gas stations. Too bad that over time it went down to this building, and now this happens."

Built in the late 1800s, the Desert Inn and Restaurant served as a saloon, bordello, gas station, and hardware store, prior to its closure in June 2018.

The Osceola County Historical Society took ownership of the Desert Inn approximately five years ago. Kimberly Murray, Executive Director of the Society, said their plans were to return it to its original state as a historical stop-off and restaurant.

The board is reevaluating their plans following the wreck. But they told WPTV on Monday morning that no decision on the future of the Inn has been made.

"It breaks my heart," said Ray Hall, an Indian River County resident. "I want that restored for the people, the reason why it was here."

The Florida Highway Patrol said a 2018 semi truck hauling orange juice drove into the building at 3:15 a.m. on Sunday. The driver, 50-year-old Mareo Cawley of Chicago, Illinois, told troopers the area was dark and he did not realize he left the road. No one was inside the building at the time of the crash.

"When I got to that corner I couldn't see the ground, I couldn't see the lines or anything. It was too dark," said Cawley. "I normally never travel at night, but I wanted to get close to Jacksonville and I was trying to put myself into a good position."

According to FHP, when tow trucks removed the truck, part of the building collapsed.

"I messed up. I should have stayed at the other fueling station. I couldn't see the lines. If you go on that corner, you don't see the lines on the street," Cawley said. "I've never hit nobody before. I haven't had an accident in 20 years," Cawley added. "I couldn't get out of any of the doors. Both of them was pinned. I had to climb out the window."

The crash remains under investigation and charges are pending against Cawley. He received minor injuries in the crash, according to FHP.

Photographer Michael Brown drove by the inn at approximately 6:30 a.m. and saw emergency vehicles and officials at the scene.