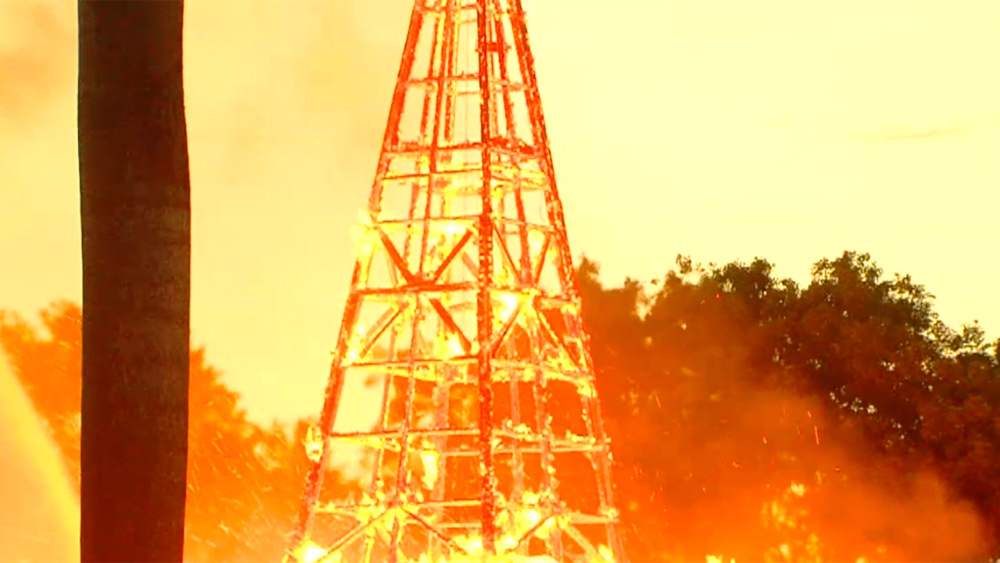 The "Temple of Time," an art piece that’s helped in the healing process after the Parkland school shooting, was be burned to ash Sunday night. 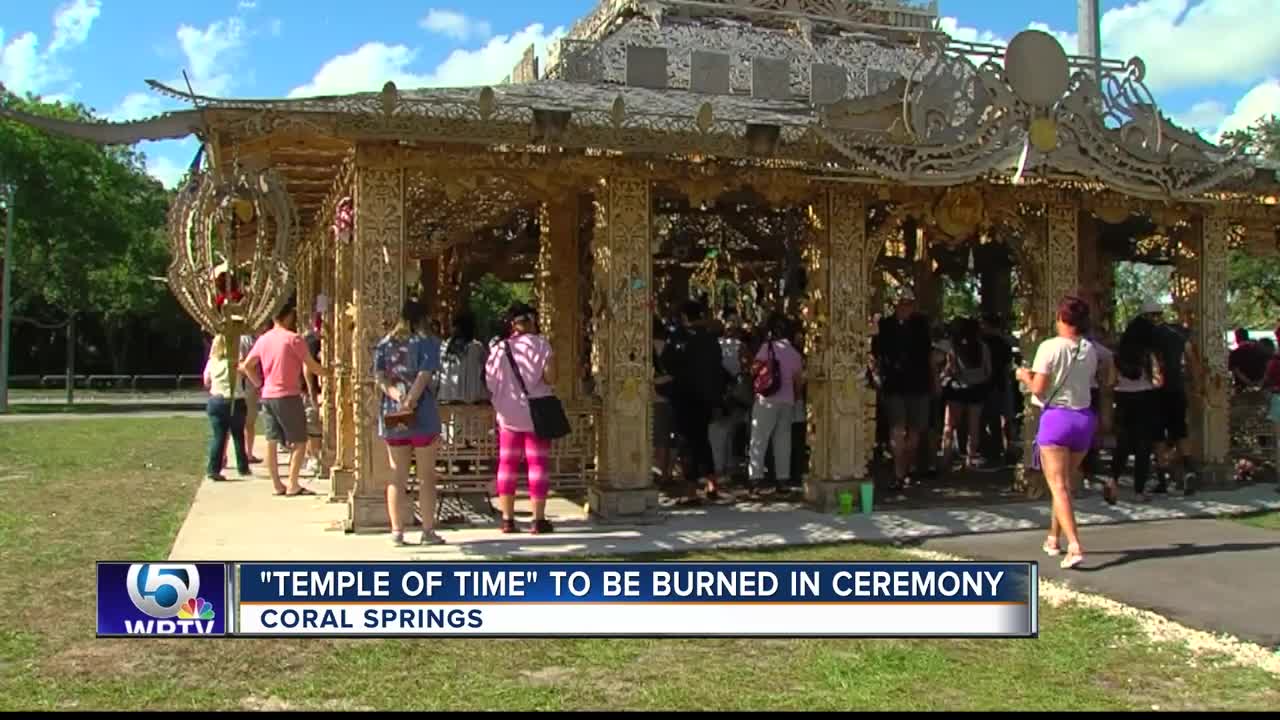 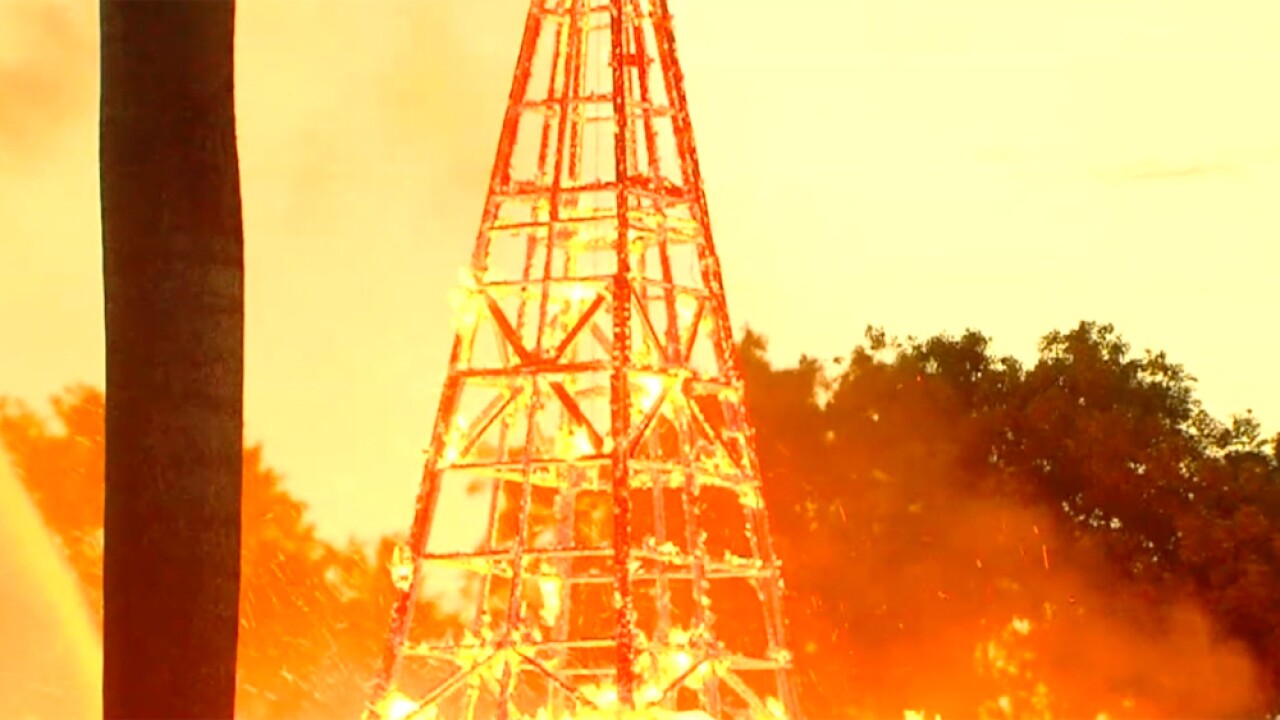 CORAL SPRINGS, Fla. — The "Temple of Time," an art piece that’s helped in the healing process after the Parkland school shooting, was burned to ash Sunday night.

The temporary temple was built in February across from the Coral Springs City Hall.

The artist, David Best, created the wooden structure as a place to grieve and pay tribute to the 17 lives lost at Marjory Stoneman Douglas High School. Since it was created, thousands of people have stopped by to leave notes, stuffed animals and flowers.

“The pain is never going to go away, but the hurt, maybe even the hatred against what happened, I hope it can burn,” said Leila Gois.

A ceremonial burn of the wooden structure was always part of the plan, as a way to release one’s worries and concerns.

“I feel that peace is needed in this community,” said Alex Duran.

Thousands of people showed up to the event Sunday night. However, due to embers flying into the crowd, the fire department had to put out the flames before the temple could completely burn.

“I think that it is a very nice symbol, and I had to come here to see and let it go, and pray to God that anyone who is hurting can have a little peace,” said Gois.