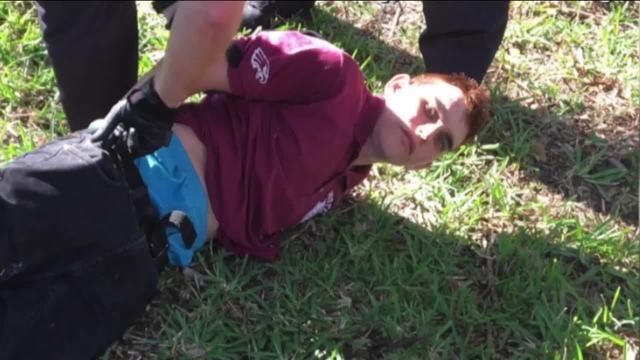 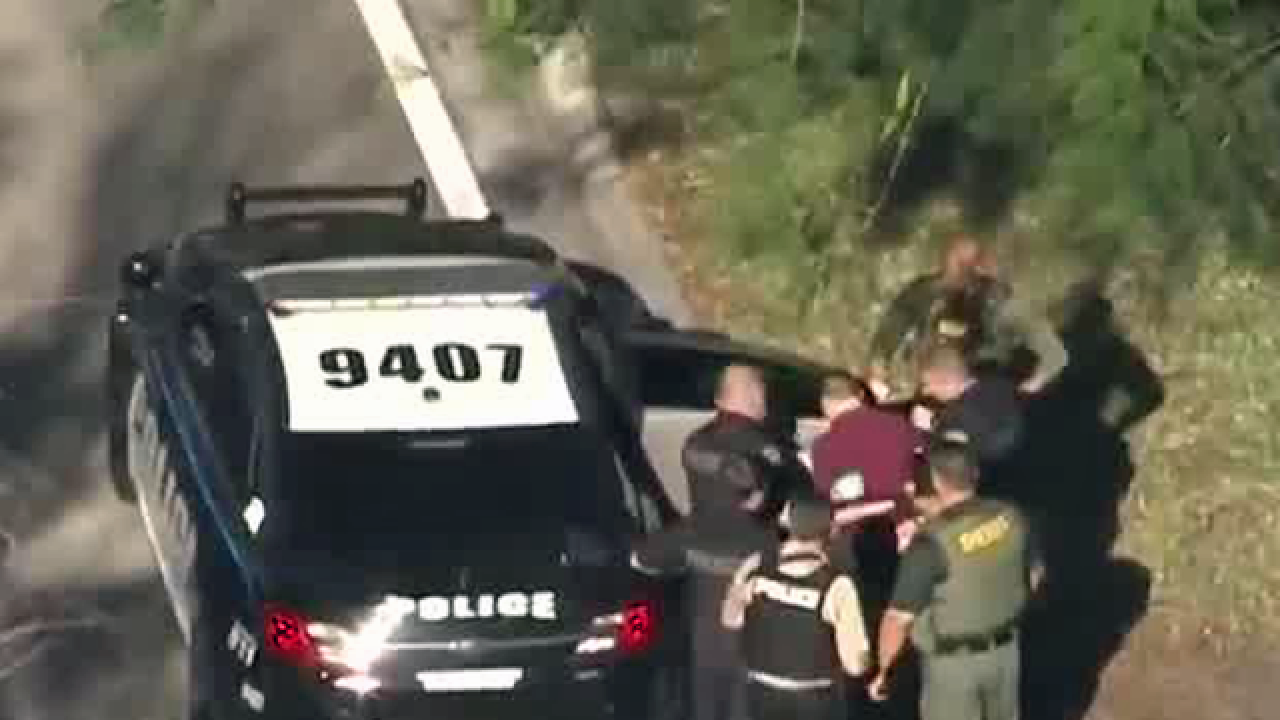 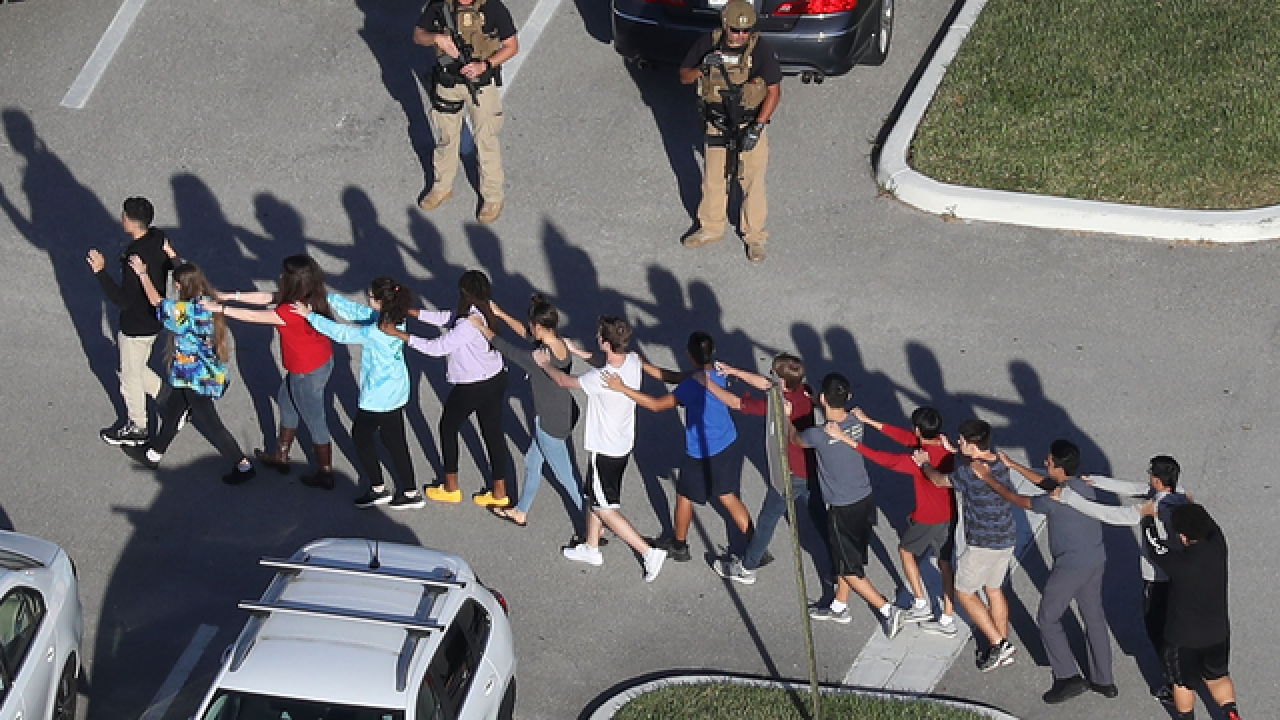 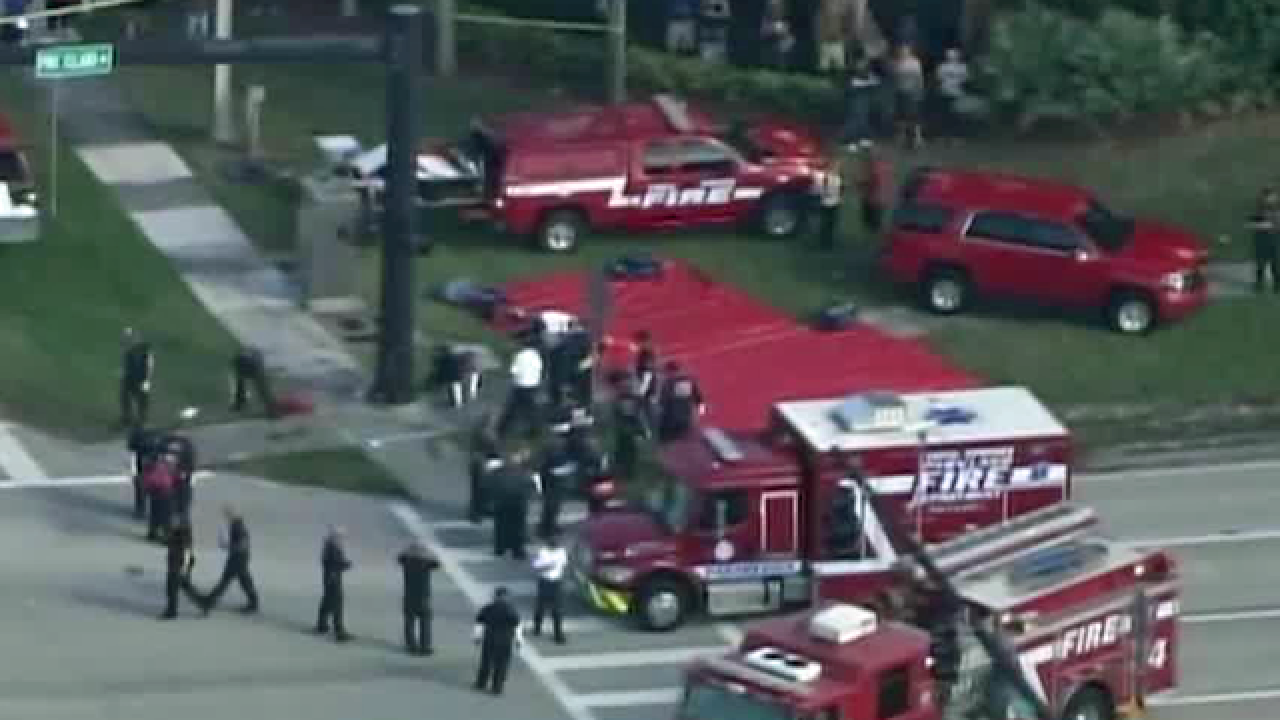 A suspect is in custody in connection with a shooting Wednesday at Marjory Stoneman Douglas High School in Parkland, Fla., that killed 17 people, according to Broward County Sheriff Scott Israel.

The Broward Sheriff's Office identified the suspect as Nikolas Cruz. BSO tweeted a correction with that spelling.

The suspect, who is 19, was taken to a nearby hospital and then transferred to the sheriff's office. Sheriff Israel called the shooting a "horrific, homicidal and detestable act."

Marjory Douglas Stoneman High School is one of the biggest schools in Broward County with about 3,000 students.

Israel said the suspect was a former student at the school. "I don't know why he left I don't know when he left. He was not a current student. I was told there was no confrontation. He was taken into arrest without incident," Israel said.

He says the suspect was previously expelled for disciplinary reasons.

Israel says the man had at least one rifle and multiple magazines.

He says most of the fatalities were inside the building though some were found fatally shot outside.

School board officials said staff and students heard what sounded like gunfire shortly before dismissal, and the school went on an immediate lockdown.

Footage showed dozens of officers and ambulances at the school as students ran or walked out with hands up. Some reported victims were seen being carried out of the school.

NBC 6 spoke to the older brother of one student, who said his sister, a sophomore, was safe but “trembling in shock” at the scene unfolding at her high school.

“It’s just complete chaos out there,” he said a short distance from the school. “She was numb.”

NBC 6 also spoke with a father who was able to communicate with his child inside the school. "I'm relieved that [the suspect] has been captured, at least that part of its over. The stress from this is too much." He said his child is safe.

ATF agents were responding to the school to assist BSO and Coral Springs PD, officials said.

Florida Gov. Rick Scott said he has spoken with law enforcement about the shooting. President Donald Trump tweeted his "prayers and condolences to the families of the victims."

The FBI has established a tip line. Please call 1-800-Call-FBI with any tips.

Today, close to Marjory Stoneman Douglas High School’s dismissal, students and staff heard what sounded like gunfire. The school immediately went on lockdown but is now dismissing students. We are receiving reports of possible multiple injuries. Law enforcement is on site.

Police have identified a person of interest who is a student and was in class earlier at Marjory Stoneman Douglas. He is on the run. @wsvn

We are monitoring the horrible unfolding situation in Broward County, Florida with reports of a shooting at a local high school. #Sayfie

This story courtesy of our news partners at NBCMiami.com.

This story will be updated as more information becomes available.