Ships with people from ill-fated cruise beg Florida to dock 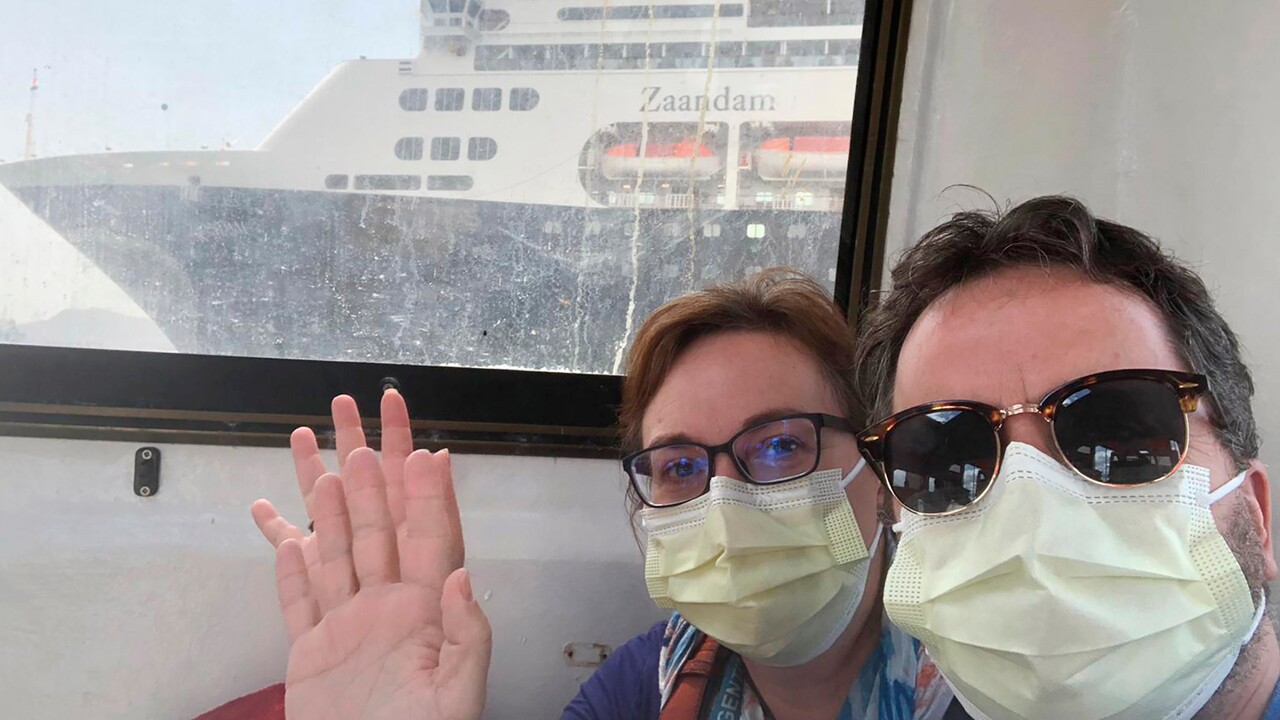 (Copyright 2021 The Associated Press. All rights reserved. This material may not be published, broadcast, rewritten or redistributed.)
Juan Huergo via AP
In this March 28, 2020 photo provided by Juan Huergo, Laura Gabaroni and her husband Juan Huergo take a selfie on board a tender after they were evacuated from the Zaandam, a Holland American cruise ship, near the Panama Canal. The Orlando- area couple was transferred to the Rotterdam, together with others who were deemed healthy. Four people have died on board the Zaandam and many others have are suffering from flu-like symptoms. <br/>

MIAMI (AP) — Two ships carrying passengers and crew from an ill-fated South American cruise are pleading with Florida officials to let them carry off the sick and dead.

MORE: Allowing sick cruise ship to come to South Florida would be 'a mistake,' DeSantis says

The cruise company's plans to dock the Zandaam and Rotterdam at Port Everglades in Broward County have been rebuked by local officials, and Gov. Ron DeSantis says Florida's health care resources are already stretched too thin to take the passengers.

Holland America said the Rotterdam took on nearly 1,400 people who appear to be healthy, leaving 450 guests and 602 crew members on the Zaandam, including more than 190 who are sick.

More than 300 U.S. citizens are on both ships combined.