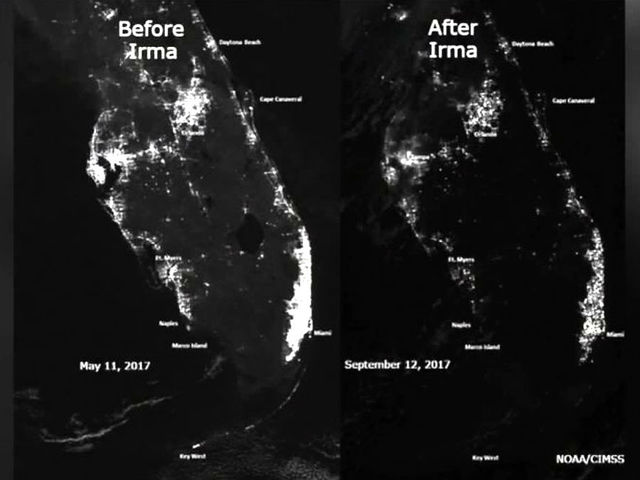 &lt;p&gt;A satellite image shows how much of Florida lost electricity because of Hurricane Irma, darkening many areas of the Sunshine State.&lt;/p&gt; 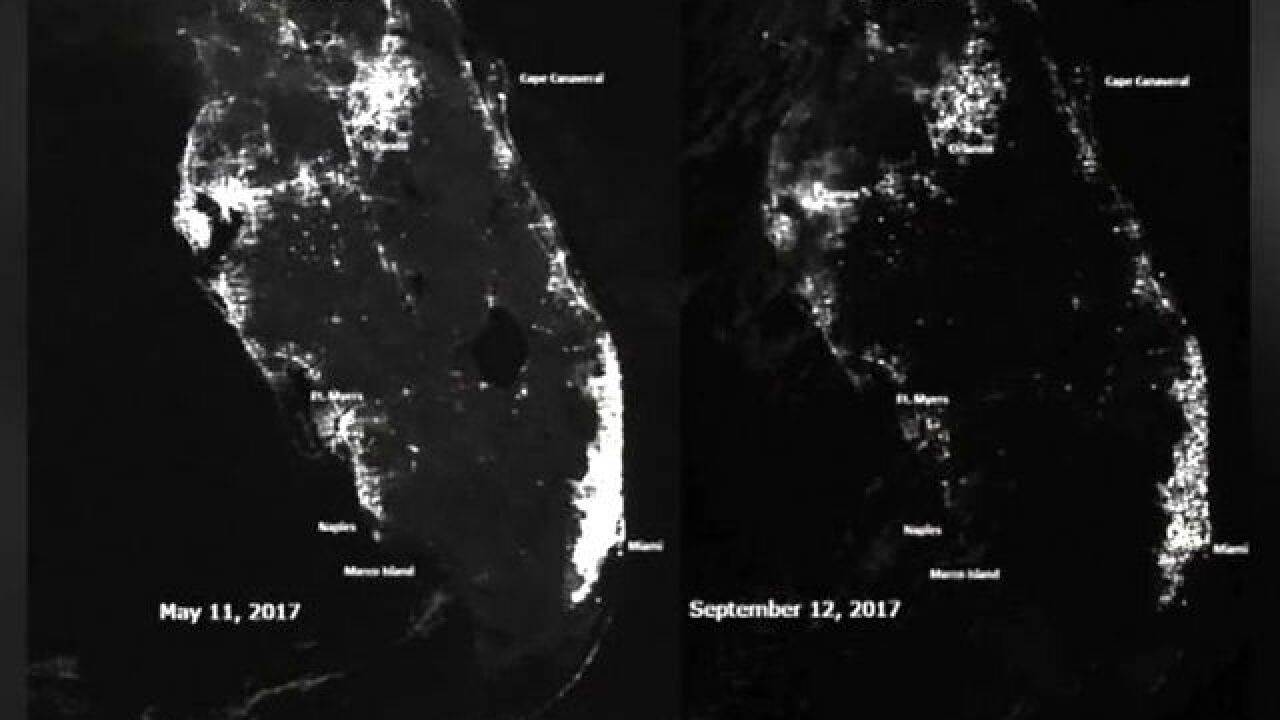 Images from space provided by NOAA's National Environmental Satellite offer insight on how much of Florida lost electricity from Hurricane Irma.

NOAA tweeted a side-by-side photo of what Florida looks like from space on a normal night (left) compared to what the state looked like Tuesday at 3:01 a.m. (right) after Irma slammed the peninsula.

The images show all of South Florida, the Treasure Coast, Fort Myers, Tampa and Orlando noticeably dimmer after millions of electric customers were left in the dark.

Take note how all of the Florida Keys had few lights on in the after photo, with Key West left completely dark after the Category 4 storm roared across the Middle Keys on Sunday.

Want to know what power outages after #Irma looked like from #space? The VIIRS instrument on Suomi NPP #satellite captured these views: pic.twitter.com/n7ZPBFeHjg