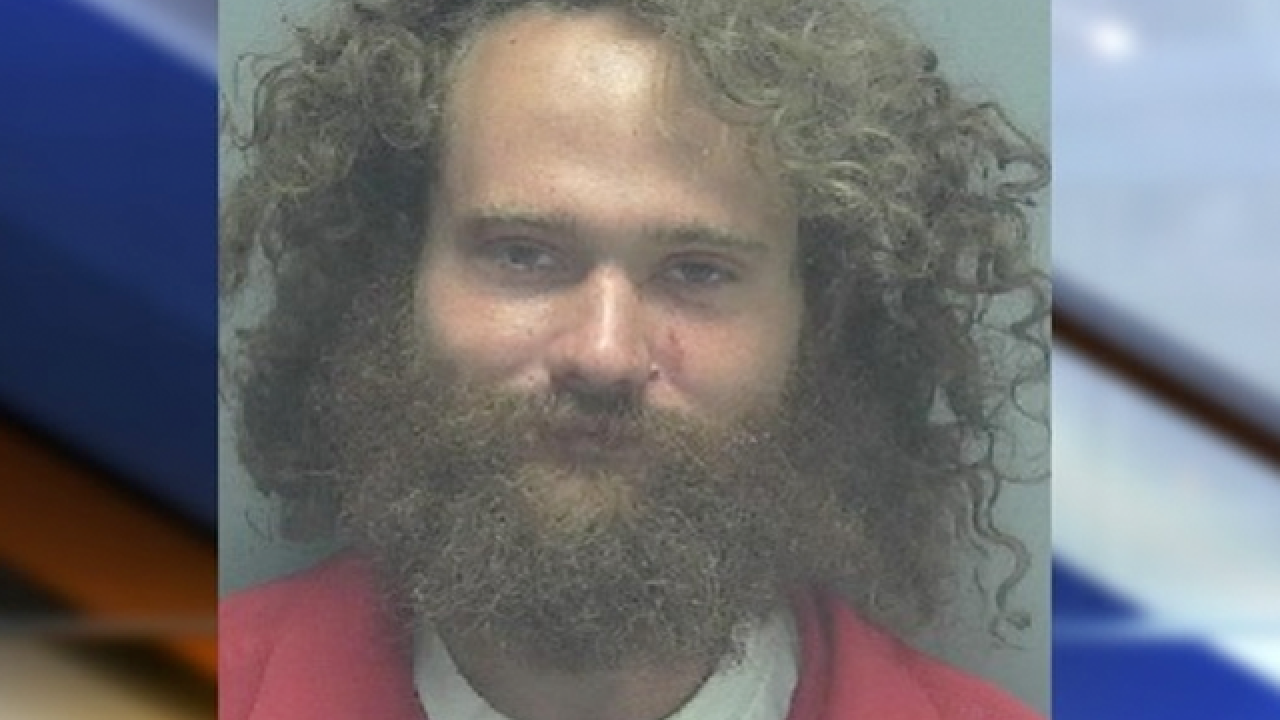 Police arrested a nude Cape Coral man Friday morning after they say he burned himself while dancing around a fire, and then threatened officers.

According to Cape Coral Police, around 1:30 a.m. Friday, officers responded to the 1300 block of NE Pine Island Lane after reports of a disturbance.

That's where police say Hennessey was found in a front yard, completely naked while dancing around a fire and chanting while holding a knife.  At one point he was actually standing in the fire.

Officers say Hennessey then dropped the knife but picked up a large wooden stick and began swinging it at the officers.

Hennessey was shocked with a stun gun and placed in handcuffs while continuing to chant in an unknown language.

It was later learned that Hennessey had possibly consumed psychedelic mushrooms.