Police, protesters come together to pray in Miami-Dade County

'Transparency during this time is key,' says Miami-Dade Corrections spokesman 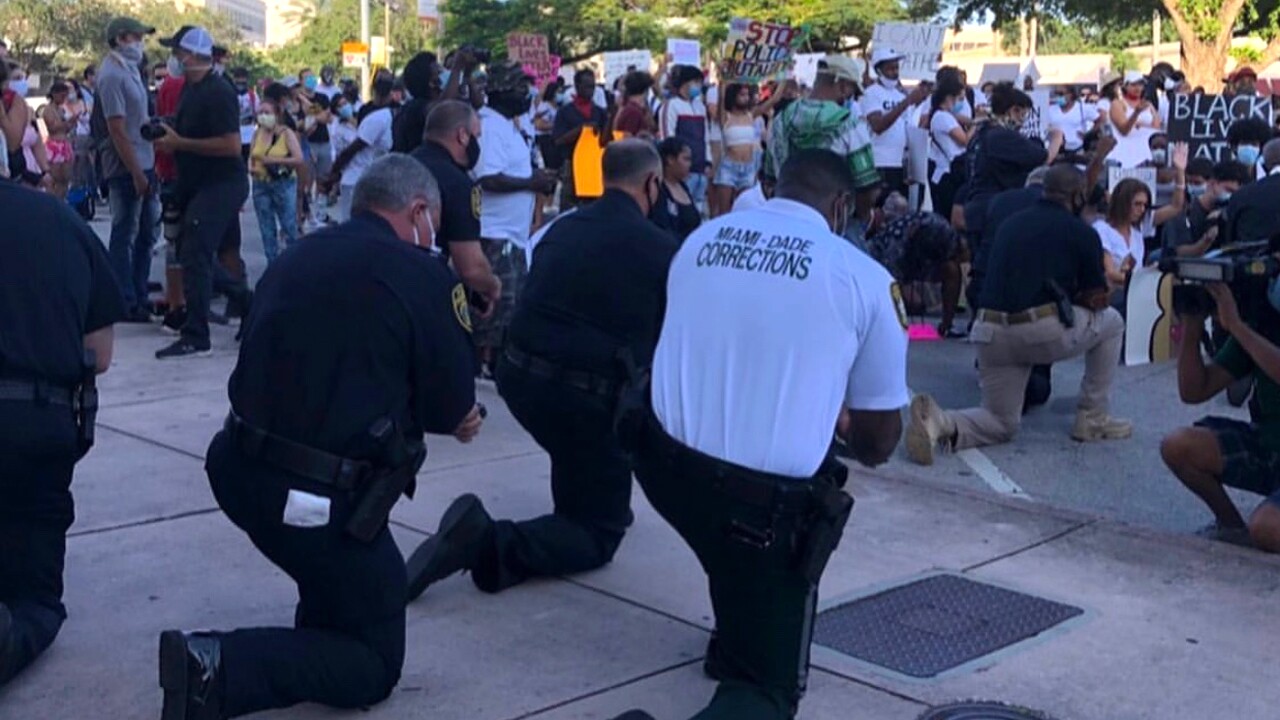 CORAL GABLES, Fla. — Scenes of protest and violence have permeated cities throughout America the last few days since the death of George Floyd and arrest of a Minnesota officer in the case.

More than 50 people were arrested after peaceful protests escalated Saturday night in downtown Miami, according to figures from Miami-Dade Corrections.

However, protesters and police came together for a solemn moment of peace Saturday in Coral Gables.

“As leaders of this profession, we (Chiefs and Community) must all do better at improving on our training and protocols so that our efforts towards building and maintaining community trust are not lost or overshadowed,” said Diasgranados in a written statement.

The scene of peace was a contrast to the pictures in other cities of burning cars, looting and confrontations with police.

“Transparency during this time is key to demonstrating Law Enforcement’s commitment to serving and protecting our residents with dignity, humanity, and respect," said Diasgranados.

More protests are planned Sunday in cities across America, including in West Palm Beach, Stuart and Vero Beach.