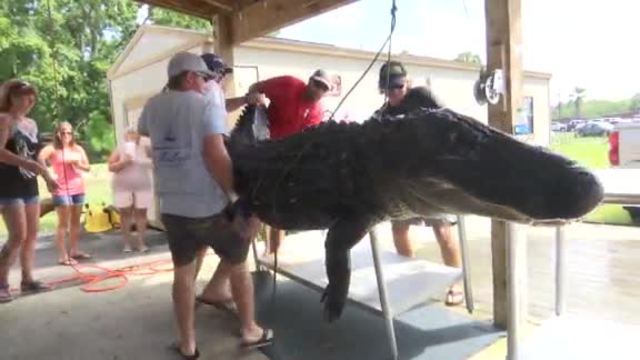 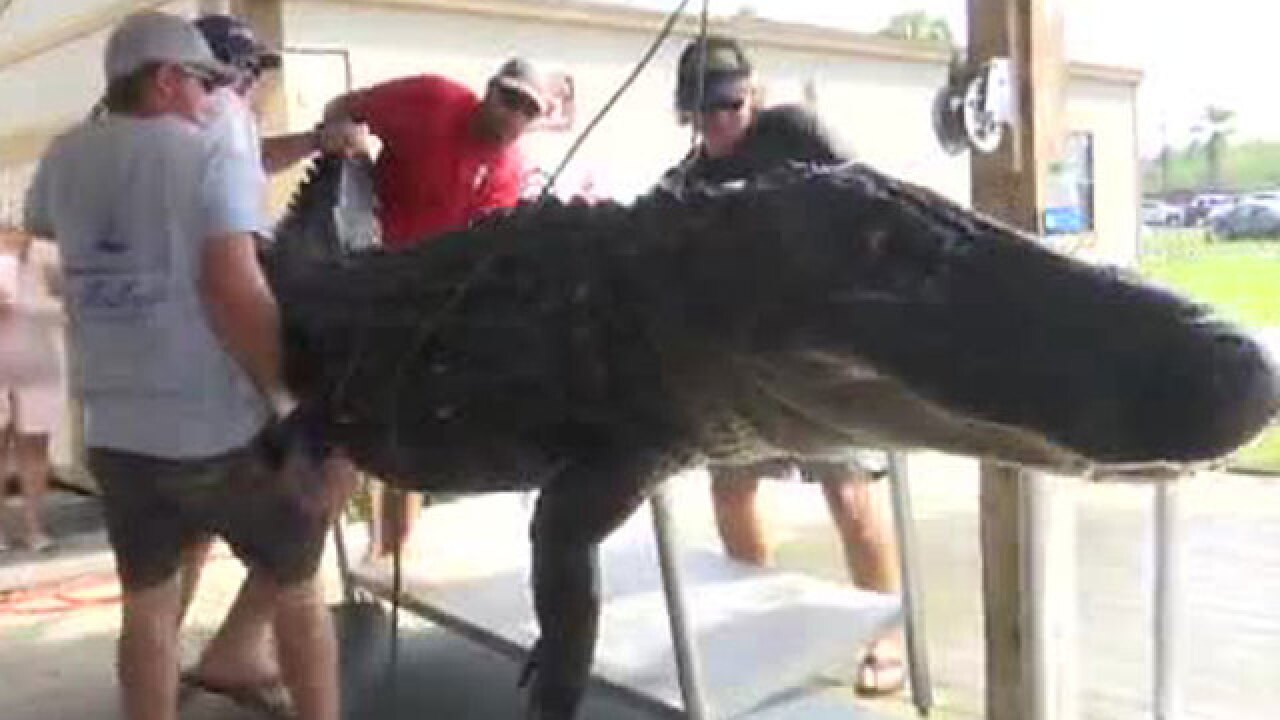 BAY COUNTY, Fla.--  Brandon Barfield and Brandon Cutchins say they originally set out looking for gators about 5 or 6 feet long.

But that all changed when they caught one much bigger -- 12 feet long and 750 pounds!

"We caught a few small ones and noticed a bigger one, and by the time we got on it, we never really realized how big it actually was," Cutchins said.

With a rod and reel and a jon boat -- the two men were on a mission to catch the gator no matter what.

"We finally snagged the alligator and it was on like Donkey Kong from there," Barfield said.

But it wasn't easy.

"He fought so hard. We finally got him up to the boat, got him with a harpoon, put a couple big snatch hooks in him. The first thing we seen was his tail. But his tail, that didn't do him no justice. Once we got the other hook in him and seen his head, we were more or less scared than we were happy at this moment," Barfield said.

Both have their proper permits and tags to hunt gators during the season. They say it's a catch they'll never forget.

Now, they reap the rewards of their hard work.

"We're going to eat the meat and probably get some things made out of the hide and mount the head," Cutchins said.

The gator was caught in Gulf County but brought to Bay County to be cleaned and processed, WMBB reported.