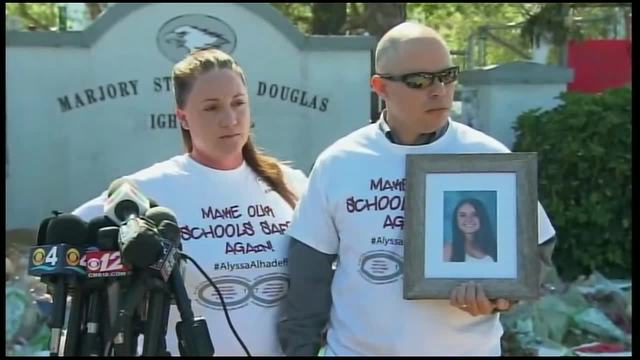 The families of the victims of last month's shooting at Marjory Stoneman Douglas High School came together Monday to push for the passage of Florida school safety legislation. 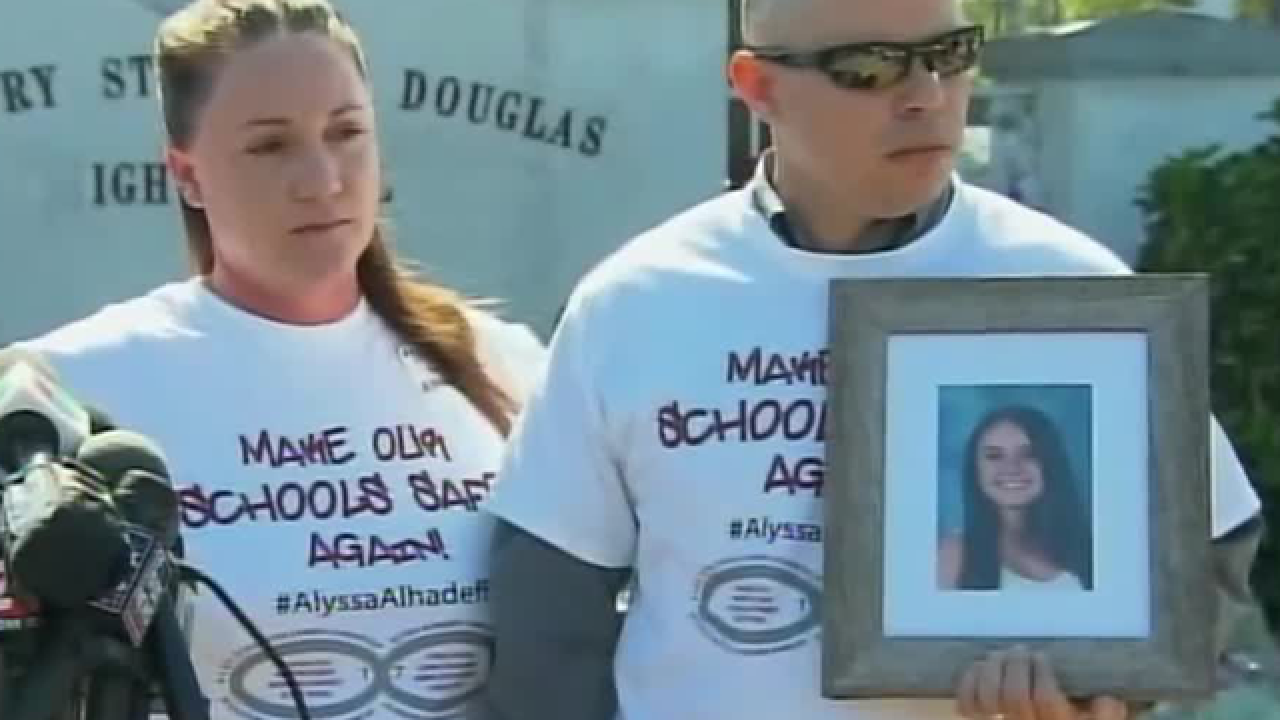 PARKLAND, Fla. -- The families of the victims of last month's shooting at Marjory Stoneman Douglas High School came together Monday to push for the passage of Florida school safety legislation.

The families gathered outside the Parkland school for a news conference where they called for new legislation and funding for a variety of school safety measures.

One of the organizers of the news conference was Ryan Petty, whose 14-year-old daughter, Alaina, was killed in the shooting. Petty has pushed Florida's lawmakers to pass Gov. Rick Scott's proposals for school safety.

"We must be the last families to lose loved ones to mass murder in a school, this time must be different and we demand action," Petty said. "No family should endure what we have endured."

There are several significant differences between Scott's proposal and House and Senate bills.

Scott wants to put more sheriff's deputies in schools — at least one in every school and one for every thousand students who attend a school. House and Senate bills would create a program that would allow teachers to carry concealed weapons in classrooms if they undergo law enforcement training and are deputized, and if the school district agrees to arm teachers. Scott opposed that idea.

While many families and students from Parkland want an assault-rifle ban or a ban on large capacity magazines, Petty said that language could prevent any bill from passing.

"If this devolves into a gun control debate, we're going to miss our opportunity to get something done," he told reporters last week.

The legislative proposals and the governor's proposals all agree on some gun restrictions, including raising the minimum age to buy rifles from 18 to 21 and to create a waiting period for rifle sales.

"We want to see common sense reforms that are in front of the legislature now passed," said Fred Guttenberg, whose daughter, Jaime, was killed. "We want to get something passed that immediately addresses the safety in the schools."

Story from our news partner NBC 6.