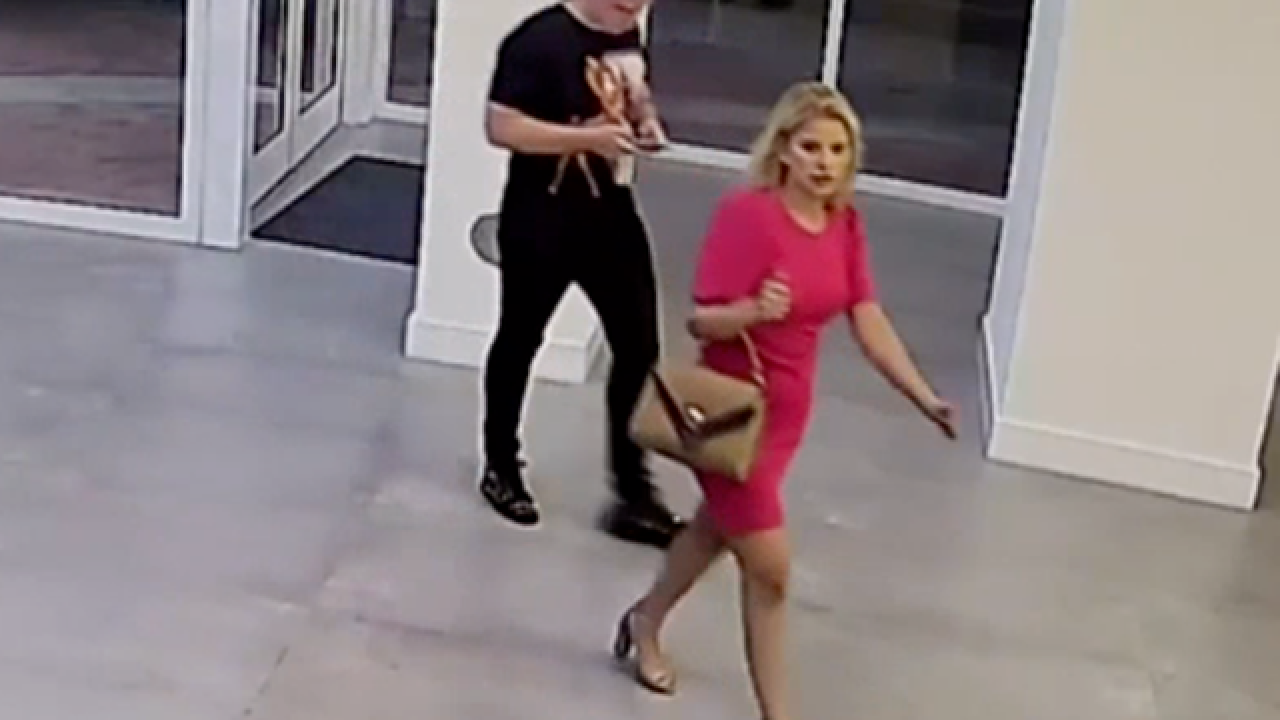 &lt;p&gt;Police are looking for a woman who they say stole cash, credit cards and jewelry from a man she went home with after they met at a Miami club.&lt;/p&gt;

Police are looking for a woman who they say stole cash, credit cards and jewelry from a man she went home with after they met at a Miami club.

The man said he met the woman at E11EVEN Miami on Aug. 12 and took her back to his friend's home in the 1400 block of Northeast Miami Place, police said in a Monday news release.

Surveillance footage captured them walking through the lobby of the building just before 4 a.m. on Aug. 13.

The victim said after the woman left, he realized his personal belongings including cash, credit cards and jewelry were missing and called police. Taken were the man's $16,000 Rolex, about $500 in cash and numerous credit cards, police said.

"Luckily he was not injured, but he was taken of his valuables. Now, we’re asking the public, if anybody has seen this young lady, knows anything of this case, or maybe has been a victim of this young lady and is embarrassed to come forward, we are asking you to please help us out," Miami Police spokesman Freddie Cruz said.

The suspect was described as a white female with long straight blonde hair, about 30-years-old and weighing about 140 pounds. She was last seen wearing a pink dress.

"We need to put this lady behind bars before someone else falls victim," Cruz said.

Anyone with information is asked to call Miami-Dade Crime Stoppers at 305-471-TIPS.

Story from our news partner NBC 6.