A man wearing what police called a "Halloween costume" with live ammo draped across his chest was detained on the UCF campus on Tuesday. 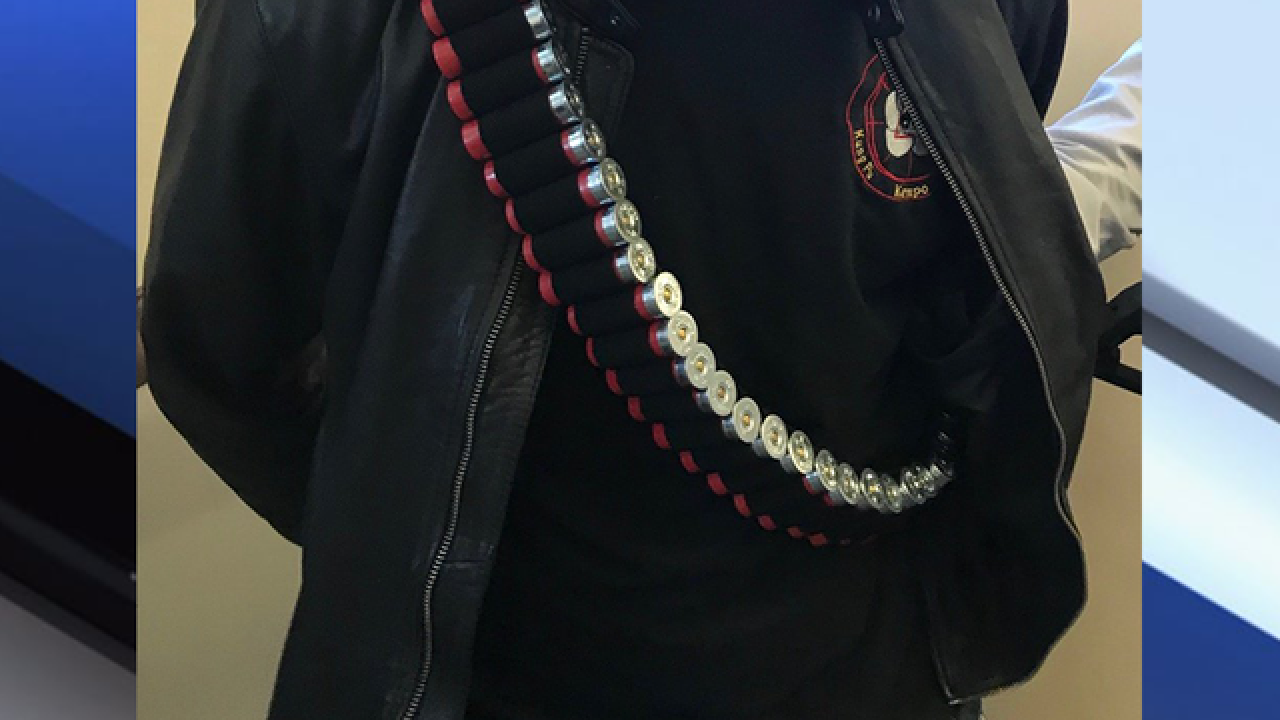 A man wearing what police called a "Halloween costume" with live ammo draped across his chest was detained on the University of Central Florida campus on Tuesday.

UCF police responded to a classroom for reports of a suspicious person. When they arrived, they found the man wearing a Halloween costume that included real live ammunition.

The man was detained, interviewed and let go after police determined he was just wearing a costume and there was no criminal intent behind his costume.

Police said he told them he was dressed as "the Terminator" and he was very forthcoming with the situation, answering all questions asked.

During a press conference on Tuesday, police said they only received one call from a third-party about the man wearing the live rounds and that was very alarming to them. They want everyone to say something when they see something questionable.

"We were surprised by only one call," said officials. "It may be a costume, it may be more than a costume, but it's our job as a police department to keep this campus safe."

"While it's not illegal, to have ammunition on campus, it certainly is in poor taste, given the events of the past week and it raised the alarm to the point where we did receive a call, our officers responded, got there quickly, we were able to interview a few individuals on scene, made contact with this individual and determined that there was no threat to campus at that point."

UCF police shared a photo of the man's "costume" with the bullets.

THIS was the costume that was being worn by the person in Classroom I today.

Do NOT incorporate simulated or ACTUAL ammunition/weapons into your costumes. It scares others & puts safety at risk. If you see suspicious activity, call 911 immediately. pic.twitter.com/cqkLdKRxrO

There is no threat to campus safety and all campus operations are normal, according to UCF Police.