Lt. Gov. Jeanette Nunez wants her child back in classroom 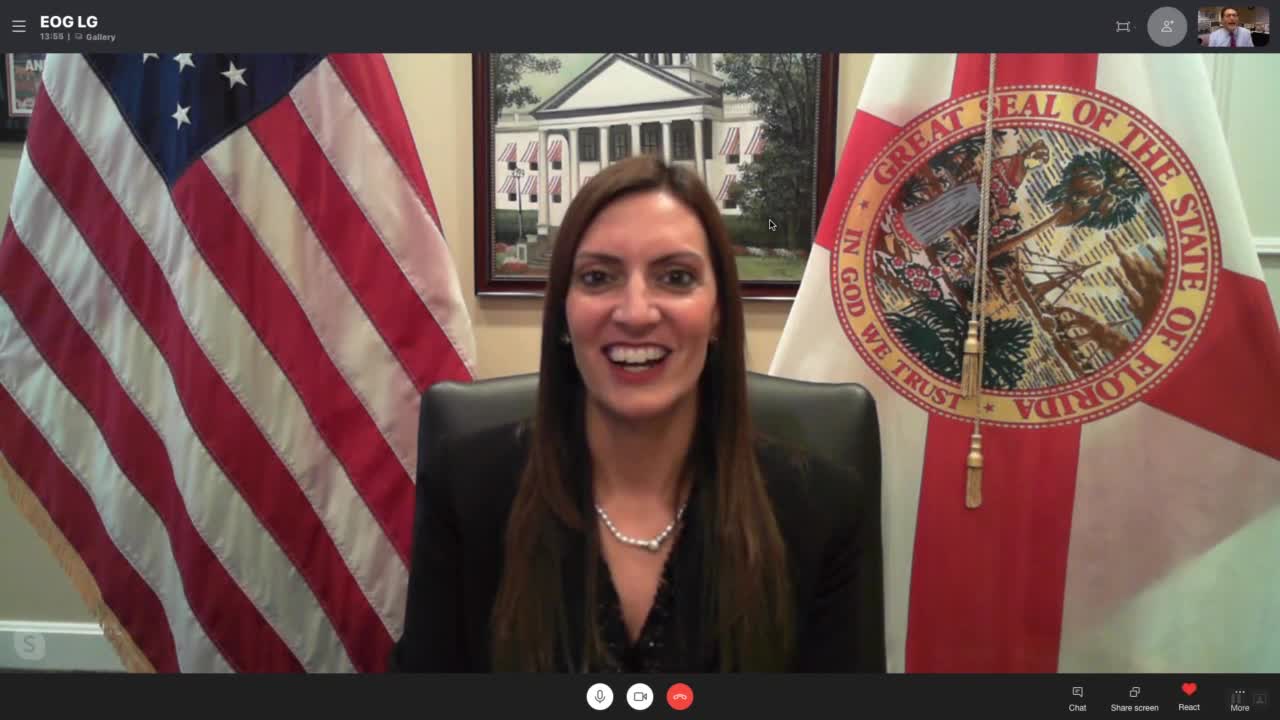 WEST PALM BEACH, Fla. — Lt. Gov. Jeanette Nunez spoke Tuesday about Florida's rising number of coronavirus cases and her hopes for her own children headed into the new school year.

"It's important to recognize that yes, the number of cases have gone up. The number of deaths have gone up," Nunez told WPTV NewsChannel 5 anchor Jon Shainman during a Skype interview from her office in Tallahassee on the same day that the state reported 186 new deaths -- the most released by the Florida Department of Health in a single day.

But, she said, looking at real-time metrics and overall data, Florida is trending in the right direction.

"The numbers are plateauing," Nunez said. "The rates of positivity are declining. Over the last four days, they have been under 12%. In some counties they are under 6%. For example, Alachua County has had good positivity rates for several weeks now. … It's important to have context when you're talking about an overwhelming number of data points and statistics."

Still, the outlook doesn't seem as optimistic in South Florida, which is the state's epicenter of coronavirus cases.

Miami-Dade, Broward and Palm Beach counties have yet to graduate to Phase 2 of the state's reopening plan, and the Miami Marlins had to put their season on pause before their first game at Marlins Park amid an outbreak on the team.

So what will it take for South Florida to get to Phase 2?

Nunez said it would likely require "week-long trends that we look at in terms of positivity rate" and fewer "COVID-like illness presenting" in emergency rooms.

"The governor has really focused on protecting Floridians, especially those with the highest risk," Nunez said.

She said that "lag time" has led to a delay in test results.

"As those testing results take longer, due to the volume, what you see is the value of contact tracing," Nunez said.

Nunez also discussed the disparity between the school districts and their plans for the 2020-21 academic year.

"We would love for our kids to go back to school and not have to worry about a global pandemic impacting their educational experience," Nunez said. "I think everyone recognizes that the best place for a child is in the classroom."

However, she said Gov. Ron DeSantis recognizes "there are unique circumstances in some counties."

"He has insisted upon parental choice," Nunez added.

Nevertheless, Palm Beach County recently voted to delay the start of the school year until Aug. 31 and begin the year with virtual learning.

"Schools weren't designed to be socially distant," Nunez said. "Our children are not accustomed to having to wear masks and be 6 feet apart. So these are all new things that we're going to have to learn to contend with, but I really believe, strongly, that we cannot sacrifice the future of our children."

SPECIAL SECTION: Back to School

That includes her own children. She said her preference is to have her youngest son back in a traditional brick-and-mortar setting.

"We'll see what ends up happening," she said. "I think they're going to be making a decision here locally in the next couple of weeks, but … I certainly would like to see him get back in the classroom."