Lt. Gov. Jeanette Nunez recognizes plan to reopen Florida 'a challenge' for many

Her message to those still shuttered? 'Just hang on a little bit longer' 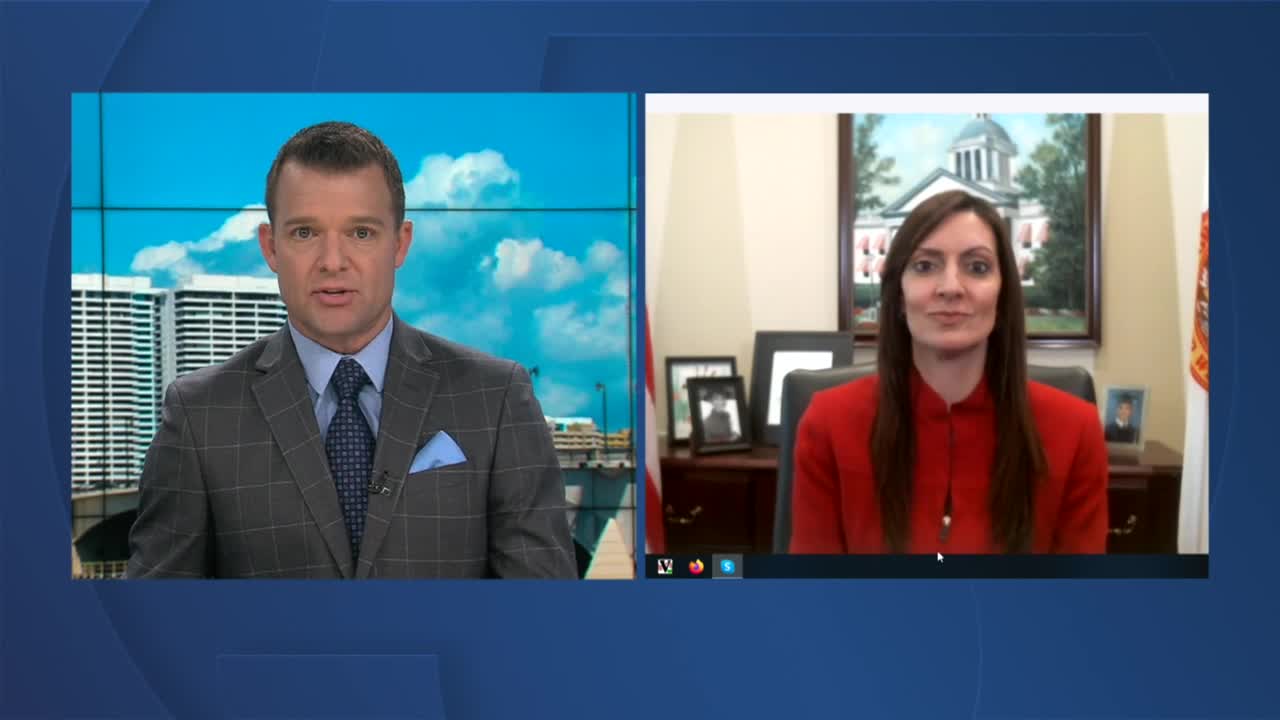 WEST PALM BEACH, Fla. — Lt. Gov. Jeanette Nunez said Thursday that Florida's tiered plan to reopen is a challenge for many businesses and residents, particularly those in South Florida, but is being steered by medical data and done so with the safety of all Floridians in mind.

Her message comes a day after Gov. Ron DeSantis announced his reopening strategy, effective Monday for all but the three counties with the highest number of coronavirus cases.

Nunez, who is a member of the task force to reopen Florida, spoke to WPTV NewsChannel 5 anchor Jay Cashmere via Skype, touching on the medical science that is guiding the governor's decisions and explaining why Palm Beach, Broward and Miami-Dade counties are exempt from his latest order.

"What we heard was the tremendous amount of focus on how do we get Florida's economy open, up again, but doing so in the context of safety and health," Nunez said. "So that's something that was very important to the governor."

Nunez said DeSantis is committed to making sure the reopening is done "with key evidence and factors based on our data."

Among those "key factors" are the positivity rate and hospital capacity, both of which she said meets the national benchmarks for reopening.

Under the governor's Phase One plan, elective surgeries can resume beginning Monday, including in South Florida.

"So that was important for hospitals, and really for individuals (who) have been delaying necessary procedures for the duration of the pandemic," Nunez said.

Although the rest of the state's initial plan to reopen excludes South Florida, Nunez said DeSantis is "willing to work with those counties."

"So if it's days, if it's weeks, that is something that the governor is willing to work with those counties, recognizing that they understand their counties best and every county has a unique situation," Nunez explained.

Phase One of the governor's plan allows restaurants to reopen at 25% capacity.

"We recognize that many restaurants will have a challenge in being able to open back up under those constructs," Nunez said.

She said the next phase will "probably provide some more flexibility."

Nunez said she isn't sure the governor has a "hard and fast date" for when that might happen.

She also said DeSantis has been "very positive" about reopening public spaces, including beaches, believing that the risk is "not the same as if you were getting a haircut."

Nunez said the governor remains focused on expanded testing throughout the state, including drive-thru and walk-up sites.

But with the news that Florida surpassed California as the state with the most weekly unemployment claims Thursday, jobs are clearly the focal point for Floridians struggling amid the economic pinch.

"We want to see all of our businesses open," Nunez said.

The lieutenant governor said she recognizes there may have been Floridians, particularly small business owners, who "were, unfortunately, disappointed that they weren't included in that order."

"But we didn't do it capriciously," she added. "We didn't do it without recognizing that it's a challenge, and so we understand that they are desperate and eager to get back to work, and we hope to help them get there."

She also had a parting message for those still waiting to get back to work.

"If you could just hang on a little bit longer," she said. "We want to make sure that you're safe, your patrons are safe, your employees are safe."