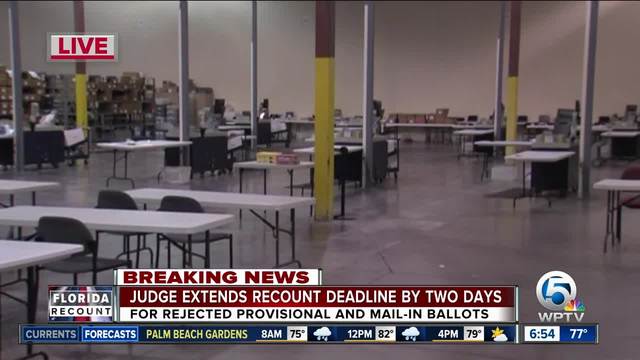 A federal judge has ruled in favor of a lawsuit Sen. Bill Nelson’s lawyers filed earlier this week. 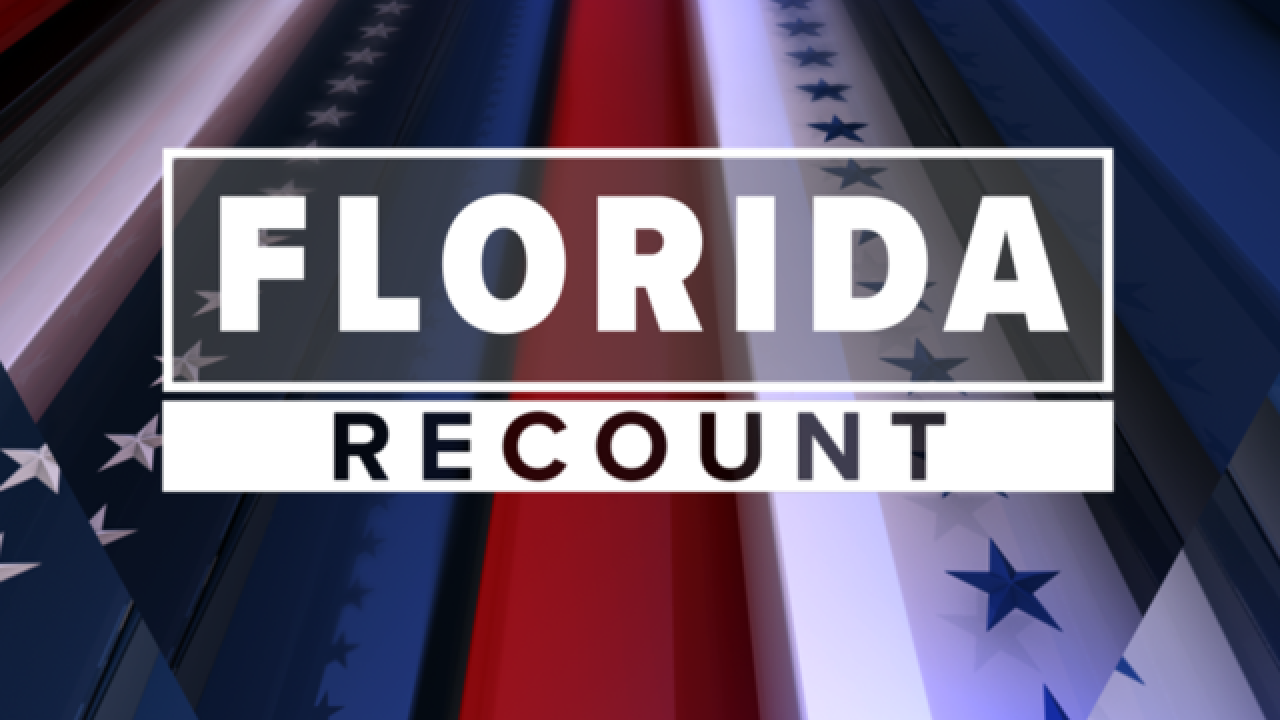 (CNN) -- A federal judge in Florida has ruled that the state must give voters whose mismatched signatures disqualified their provisional and mail-in ballots until Saturday at 5 p.m. to correct those signature problems -- extending the deadline for validating these votes.

The ruling by U.S. District Court Judge Mark Walker comes in a suit brought by U.S. Sen. Bill Nelson's campaign and Democratic Party officials, who are looking to the courts to help them find votes to narrow the margin in Nelson's bid for re-election against Republican challenger Gov. Rick Scott.

The order affects approximately 5,000 voters who sent in ballots by mail or were forced to sign provisional ballots, but whose signatures did not match those on file with the state. Democrats had hoped that number of invalidated ballots was larger.

"There are dozens of reasons a signature mismatch may occur, even when the individual signing is in fact the voter. Disenfranchisement of approximately 5,000 voters based on signature mismatch is a substantial burden," Walker wrote in the order.

He added, however: "Let this Court be clear: it is NOT ordering county canvassing boards to count every mismatched vote, sight unseen. Rather, the county supervisors of elections are directed to allow those voters who should have had an opportunity to cure their ballots in the first place to cure their vote-by-mail and provisional ballots now, before the second official results are fully counted."

Scott's campaign announced Thursday that they would appeal the ruling.

"We are immediately appealing this baseless decision and we are confident we will prevail in the Eleventh Circuit. Let's be clear- Bill Nelson's high-priced Washington lawyers went to court to argue against a process that they previously argued for," said Lauren Schenone, a spokeswoman for the campaign.

Marc Elias, the lead lawyer for the Democrats, called the ruling a "big victory" Thursday.

"BREAKING: Big victory in our Florida signature mismatch lawsuit! Federal court extends deadline for voters to "cure" their rejected ballots until Saturday at 5pm," he tweeted.

BREAKING: Big victory in our Florida signature mismatch lawsuit! Federal court extends deadline for voters to "cure" their rejected ballots until Saturday at 5pm. Per Court: "Disenfranchisement of approximately 5,000 voters based on signature mismatch is a substantial burden."

The ruling is narrower than the wider relief that Democrats were seeking -- to invalidate the signature-match requirement entirely. Florida law requires signatures on vote-by-mail and provisional ballots match the signatures on file for each voter. Attorneys for Nelson's re-election campaign argued that the signature-match rules violate the US Constitution and called for the judge to invalidate the law. Lawyers representing the state of Florida and the National Republican Senatorial Committee, along with others, argued that the law was valid and constitutional.

Walker, during a more than five-hour hearing on Wednesday, teased that his decision would likely extend the deadline by days, not weeks. The judge also indicated that he was concerned about the idea of just letting the votes be counted without verifying the signatures, telling the lawyers that there was "not a chance" he was going to do that.

Uzoma Nkwonta, a lawyer for Nelson's campaign, clearly sensed on Wednesday that Walker would likely extend the deadline by a few days. But in his closing question and answer with the judge, he suggested that "would probably be insufficient" and said there would need to be "reasonable notice" for voters who want to validate their ballots.

"We believe that opportunity would take significantly longer than three days," Nkwonta said.

Walker did not appear to agree with this view. "At some point, isn't there some onus on the voter?" Walker responded to Nkwonta.

The number of ballots in question is less than the margin of votes separating the closest race undergoing a recount. Scott led Nelson in the unofficial, pre-recount tally by more than 12,500 votes.

The gubernatorial contest between Republican former Rep. Ron DeSantis and Democratic Tallahassee Mayor Andrew Gillum is also being recounted, but the margin is wider -- nearly 34,000 votes. Florida Democrats are aware that margin will probably not be overcome in a recount. Still, Gillum withdrew his election night concession over the weekend with a message that every vote should be counted.

Broward County finished counting all three races (U.S. Senate, Governor, Agriculture) late Wednesday night, while Palm Beach County has not finished any of the races and are hoping to at least complete the U.S. Senate race.