Victim requires stitches after iguana darts in front of bike, gets wedged between tire, wheel fork 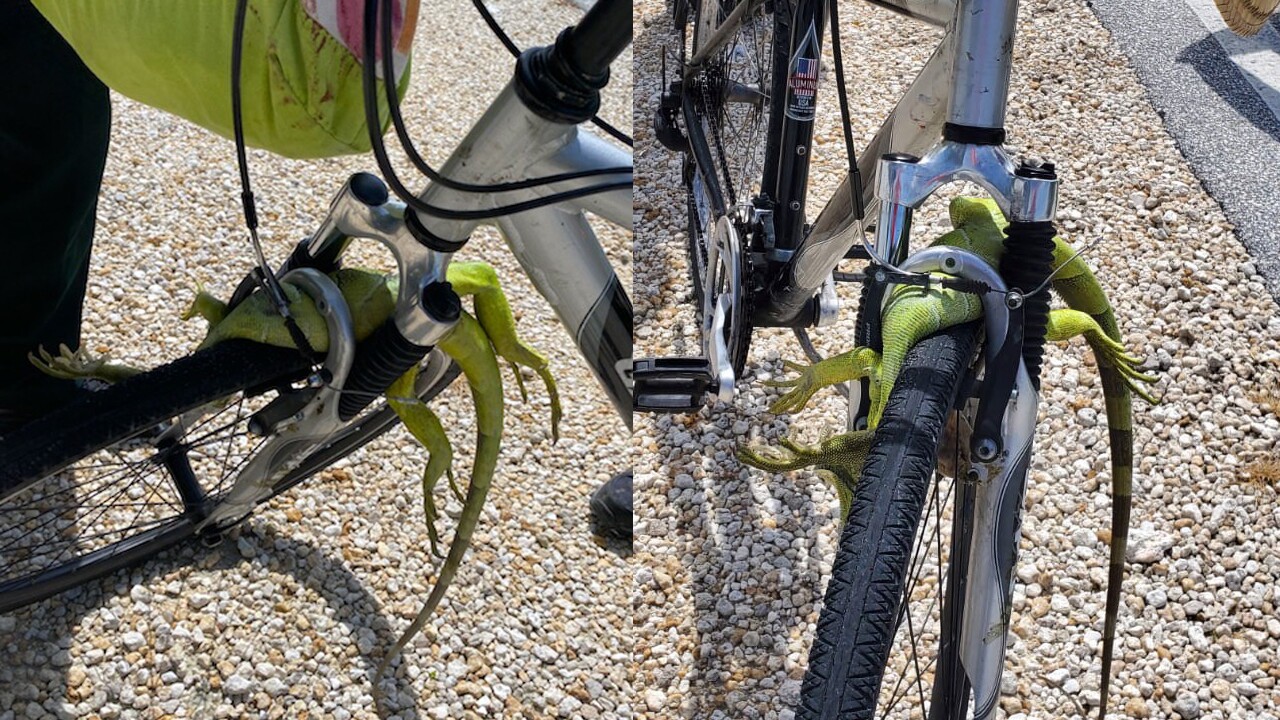 Monroe County Sheriff's Office
This iguana got wedged between the front tire and wheel fork of a 62-year-old Marathon man's bicycle.

MARATHON, Fla. — A Florida Keys man was injured Friday after an iguana darted in front of his bicycle and got caught between the front tire and wheel fork, causing him to crash.

A deputy found the victim with scrapes and cuts to his head, arms and right leg.

The victim said he was riding along the bike path when the iguana darted in front of him and got lodged between the tire and wheel fork, causing the tire to lock. He was thrown over the handlebars and onto the asphalt.

Ultimately, the victim wound up at Fishermen's Hospital to be treated for his injuries.

"The condition of the iguana did not appear as stable," Linhardt remarked.