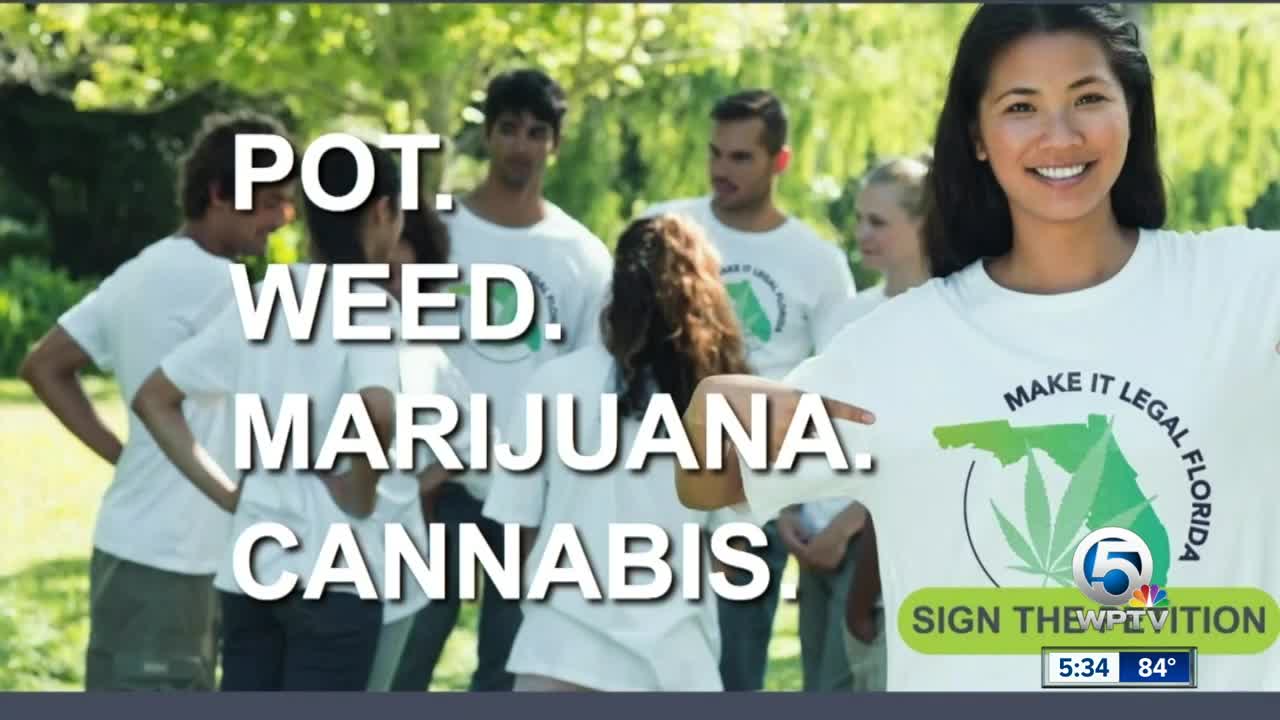 The group Make It Legal Florida is pushing to legalize recreational marijuana in the state, and you might wake up to find information about it in your mailbox. 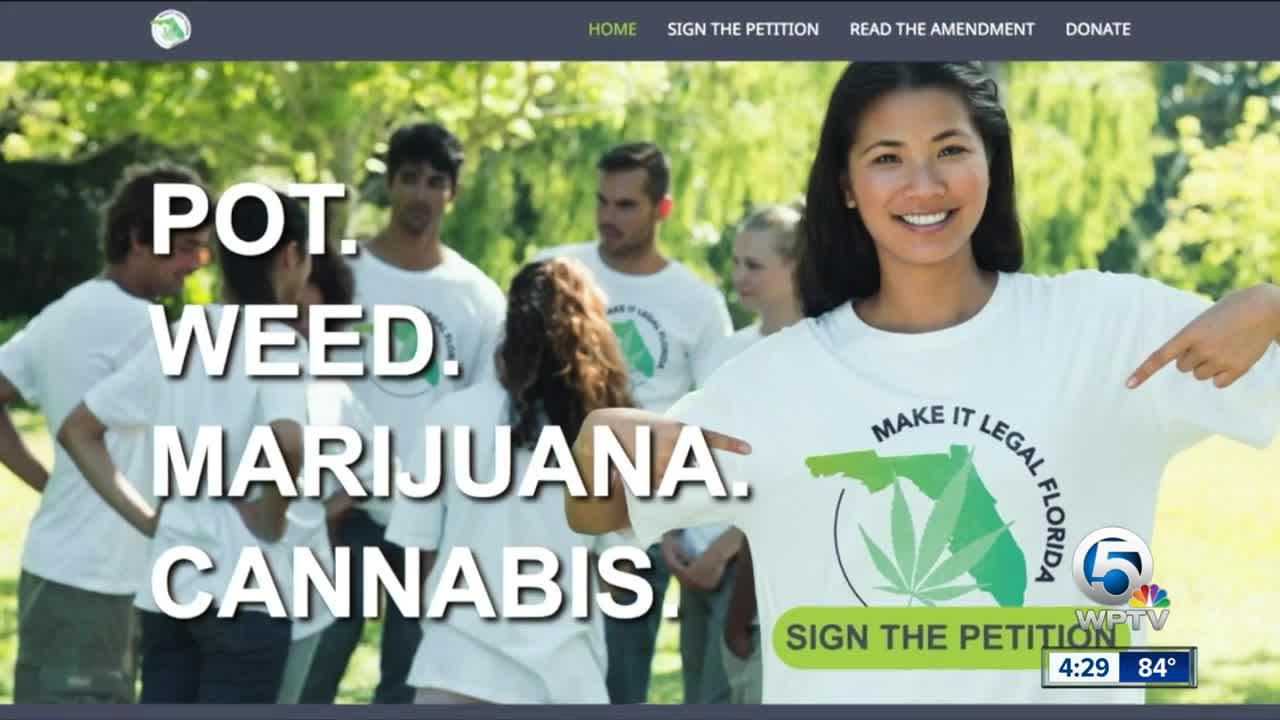 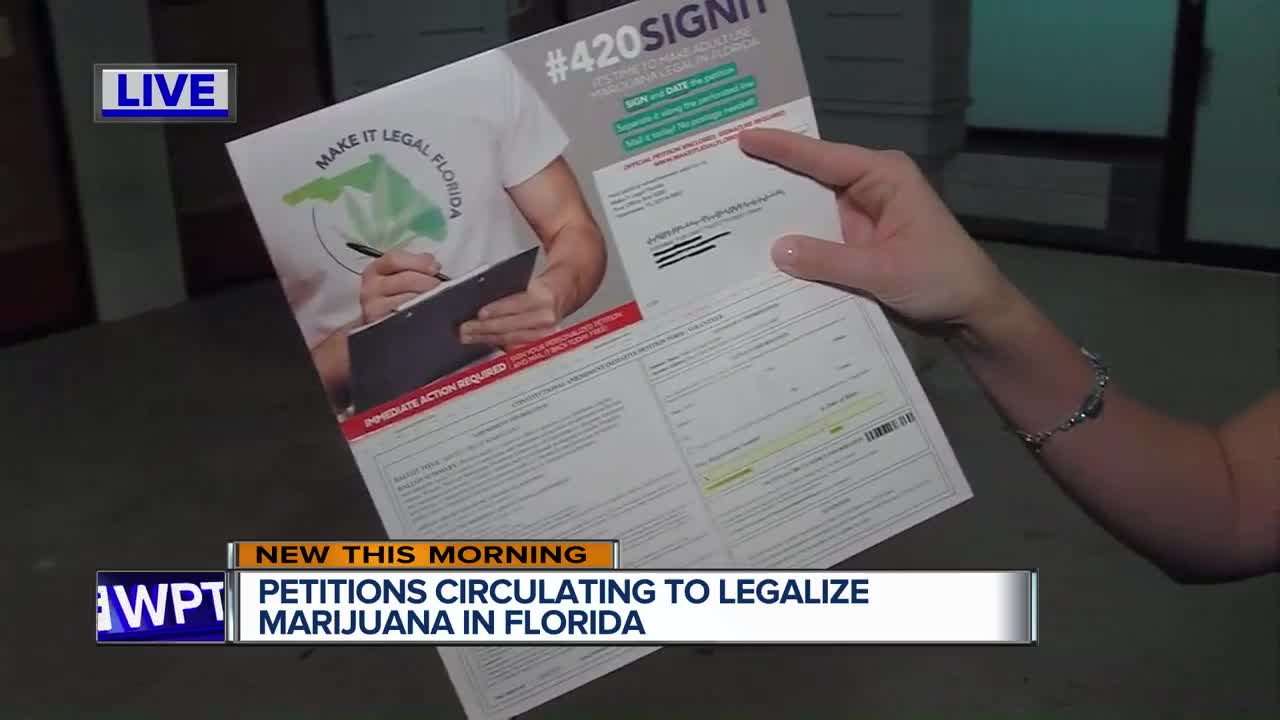 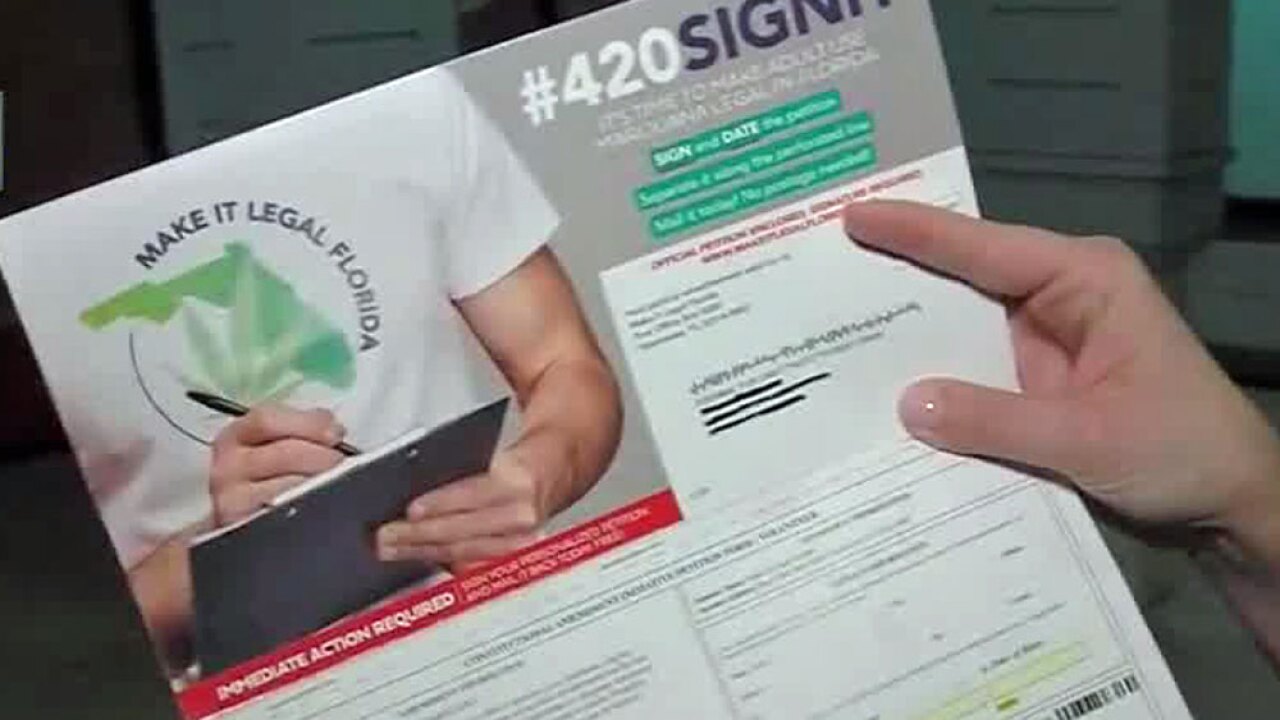 PALM BEACH COUNTY, Fla. — The group Make It Legal Florida is pushing to legalize recreational marijuana in the state, and you might wake up to find information about it in your mailbox.

Make It Legal Florida is running a petition drive to try to get enough signatures to add an amendment on the 2020 ballot.

The group needs 775,000 signatures by February to make it happen.

"We are trying to at least get people talking about these issues," said Cristina Escalante, a medical marijuana activist in Boca Raton.

Some people in our community received leaflets in the mail this week, asking them to sign the petition and mail it back.

According to the amendment language, adults 21 and older would legally be allowed to possess, display, purchase, or transport 2.5 ounces of marijuana for personal use.

Escalante said she isn't against the petition, though she has concerns about marijuana being more accessible.

"Because all of a sudden, a guy who needs a break from work has totally different needs from somebody who had horrible nausea or seizures," said Escalante.

WPTV reached out to Make It Legal Florida for a comment, but have not heard back yet.

Did you get one of these in the mail? The group @MakeItLegalFL is trying to get enough signatures to get a recreational marijuana amendment on the 2020 ballot. More ahead on @WPTV pic.twitter.com/QcrrovmHQI