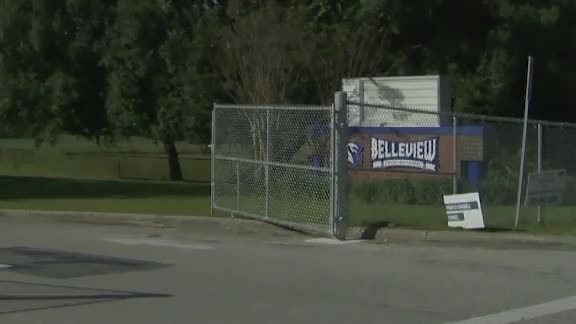 The teacher and combat veteran has a prescription to treat his PTSD, but was suspended by the school.

BELLEVIEW, Fla. (WESH/CNN) — A teacher and combat veteran learned Wednesday that he will continue to receive a paycheck while he fights to keep his job over his use of medical marijuana.

Michael Hickman was suspended after he tested positive for cannabinoids. He was drug tested after he was hurt breaking up a fight at the school.

Hickman is veteran of the Marines with PTSD. Hickman said he has a prescription for medical marijuana, but the school district said he never disclosed that to them.

He's been recommended for firing because of the school district’s zero tolerance policy.

“We moved on the side of caution, we kept our students safe, and most importantly in this case, we followed board policy," Marion County Superintendent of Schools Dr. Heidi Maier said.

Hickman was at first suspended without pay, but the board reversed itself Tuesday night.

Hickman will be paid until his hearing to challenge the recommendation to fire him.

RELATED: Change in medical marijuana could be coming to Boca Raton