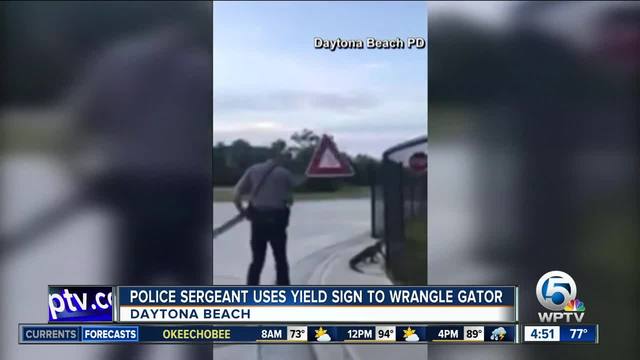 An officer in Volusia County used a yield sign to guide a hissing alligator back into a pond. 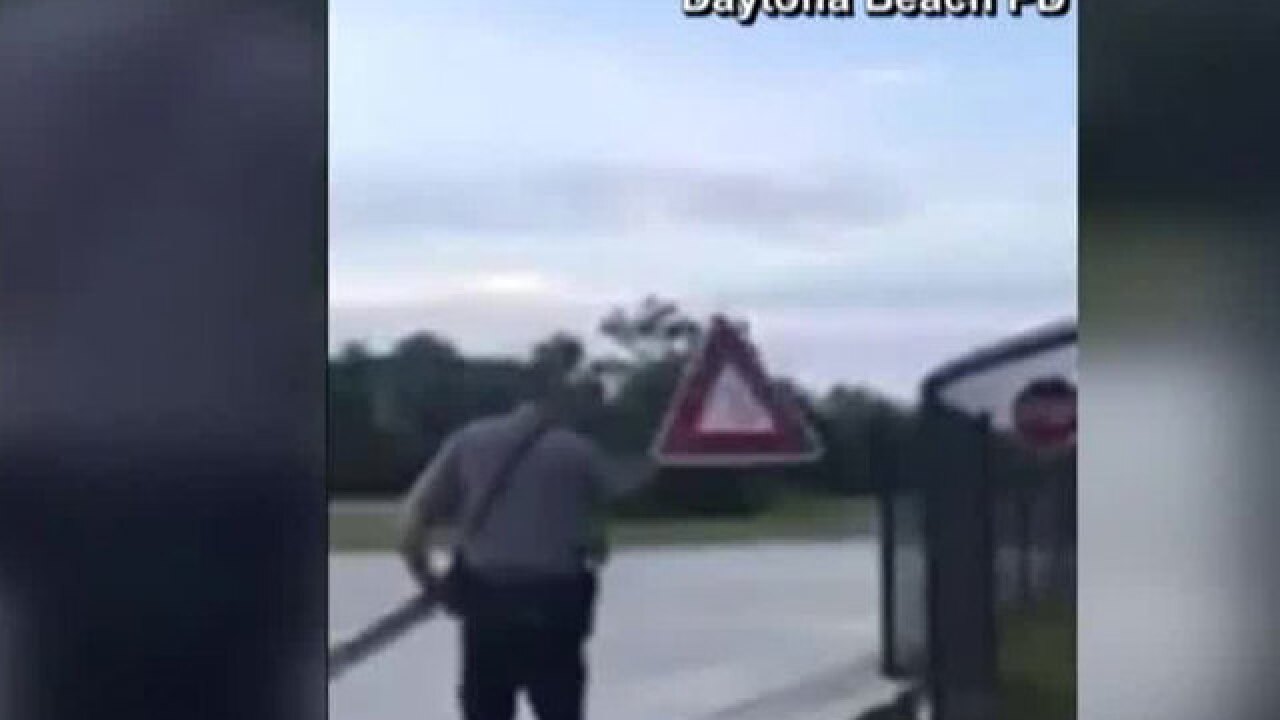 An officer in Central Florida had to get creative Tuesday morning, using a traffic sign to guide a hissing alligator back into a pond.

Daytona Beach police said in a Facebook post that the ornery gator was spotted by a Coca-Cola delivery man near a garbage area behind a gas station.

An officer arrived at the scene and spotted a yield traffic sign that the business had stored away after it had been knocked down on the street.

The officer appropriately used the yield sign to steer the young gator out of the area and finally into a water way behind the store.

Police said no alligators or officers were hurt during this unusual encounter.