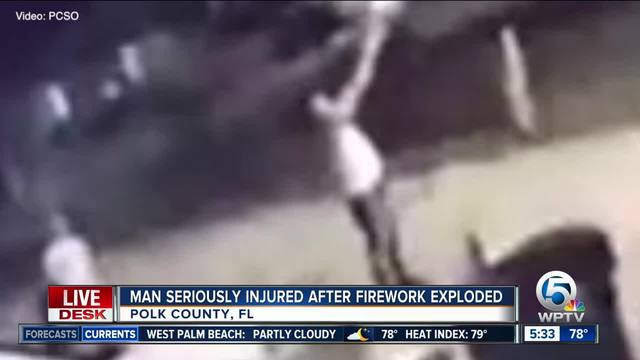 A Florida man holding a beer in one hand and a firework in the other suffered serious injuries in a Polk Count mishap. 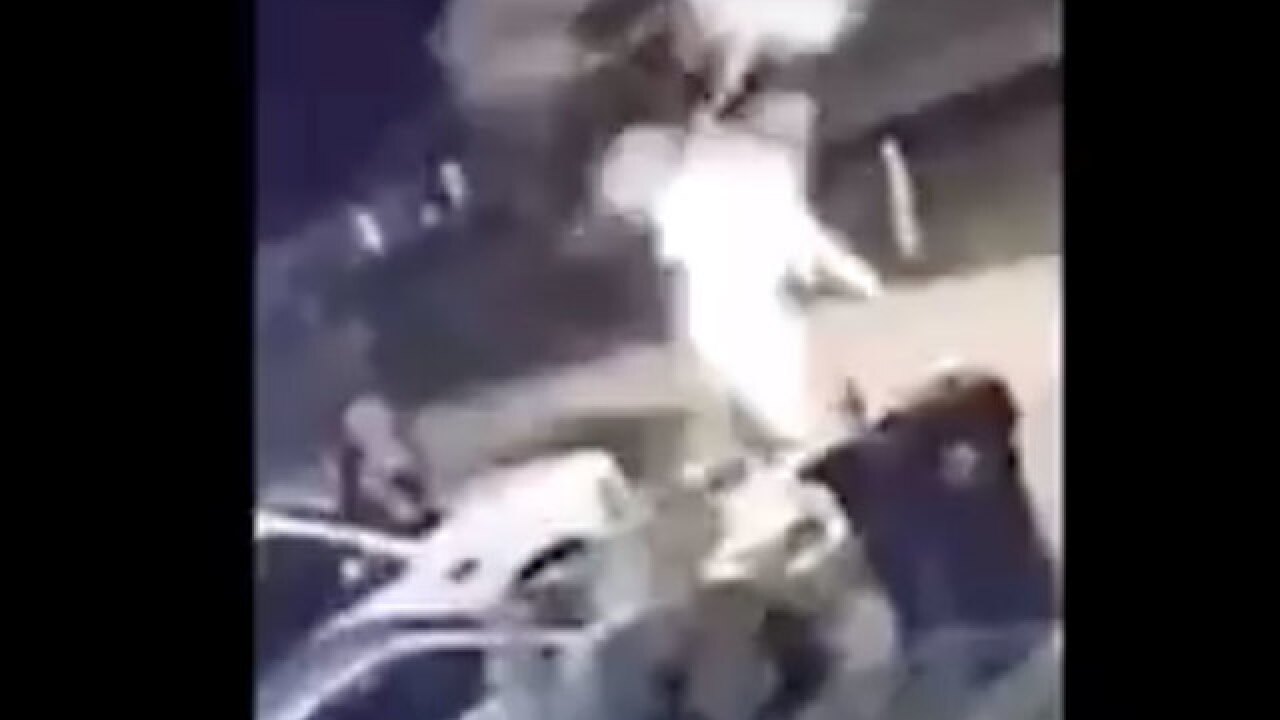 Drinking and shooting off fireworks -- never a good combination. Just ask a man in Central Florida.

The Polk County Sheriff's Office said a person in Lake Wales, Fla., is lucky to be alive after a bizarre incident this week.

Video tweeted by the sheriff's office shows the man holding a firework in one hand and a beer in the other.

Instead of putting the firework on the ground, for some reason he simply allows it to explode, causing a big fireball.

Seconds after the explosion, people can be heard on the video laughing. Shortly afterward though one person can be heard saying, "Call 911!"

The sheriff's office said the person suffered injuries to his hand and chest but survived.

Today local reporter @andrealyonTV asked about fireworks injuries in #Polk for #FourthofJuly2018 - there's 1 we know of & here's video of it @ a #LakeWales home. Drinking + holding a mortar tube = bad idea. He injured his hand & chest & is VERY lucky to be alive. pic.twitter.com/5uwncq5YqG